Wanna feel old? It is 10 years since the Space Shuttle left the launchpad for the last time

In celebration of STS-135 and the final launch of Atlantis

It is now more than 10 years since a Space Shuttle last launched from Kennedy Space Center, marking the end of the reusable orbiter era.

The last Shuttle to launch was Atlantis on STS-135, the 135th mission in the Space Shuttle programme. The vehicle left pad 39A at 15:29 UTC on 8 July and was crewed by four astronauts, reflecting STS-135's original status as the rescue mission for Endeavour's STS-134. 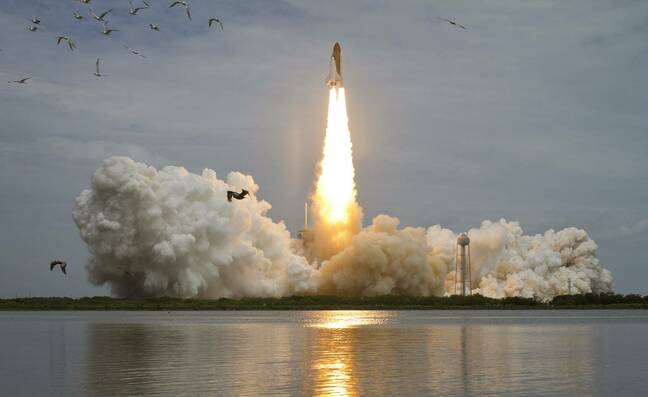 No flight hardware was immediately available to mount a rescue of STS-135 should anything have gone awry. As such the plan was to have the crew remain aboard the International Space Station (ISS) and be returned to Earth via Soyuz over the next year. Since the loss of Columbia in 2003, Launch On Need (LON) missions (numbered STS-3xx) were on standby in the event of a vehicle being deemed unable to attempt a successful re-entry. By the time of STS-135, however, the programme had reached the end of the road.

As well as the lack of a rescue Shuttle, STS-135 was also notable due to the funding shenanigans associated with it. The Space Shuttle programme was supposed to have ended with STS-134. A reauthorisation bill added the mission to the manifest, and NASA announced that it would proceed with the launch at the start of 2011.

The crew of Shuttle veterans was commanded by Christopher Ferguson, who would go on to be assigned to the first test flight of Boeing's CST-100 Starliner capsule, before stepping down in 2020. Making a second spaceflight was Doug Hurley, who later flew on SpaceX's Crew Dragon Demo-2 mission with Bob Behnken. Astronauts Sandra Magnus and Rex Walheim have yet to fly in space again and both retired from NASA in the years that followed the mission.

As for the mission itself, its primary goal was to deliver cargo to the ISS. The Raffaello Multi Purpose Logistics Module (MPLM) was used, carrying approximately 2,600kg of gear to the station. With the likes of SpaceX yet to send a freighter to the ISS, NASA was hedging its bets somewhat with STS-135, weighing the risks of one more Shuttle mission to top up the stores against the chance of delays in the Commercial Resupply Services (CRS) programme.

As it transpired, the first SpaceX Dragon to berth with the ISS would take place over a year later, in October 2012.

The mission ended successfully, with a final touchdown on the Kennedy Space Center's Shuttle Landing facility on 21 July 2011. Atlantis was subsequently decommissioned and eventually put on display at KSC's Visitor Complex less than two years later in June 2013.

Ten years on, and the engines used in the Space Shuttle programme, along with plumbing that once lurked within the orbiters, will see action in NASA's Artemis programme, the first mission of which might finally leave the pad later this year. Unlike in the Shuttle era, however, those engines (and the Solid Rocket Boosters) will not be reused and will instead be discarded during staging and dropped into the ocean.

As for the Shuttles themselves, the remaining orbiters are now museum pieces: Atlantis in Florida, Endeavour in Los Angeles' California Science Center, and Discovery at the Udvar-Hazy Center in Virginia.

All are well worth a visit, just to get an idea of the sheer scale of the things if nothing else. Certainly when compared to the capsules that replaced them. ®