Ubuntu on a phone, anyone? UBports reaches 18th stable update, but it's still based on 16.04

UBports, which took on the task of maintaining the Ubuntu Touch mobile OS after Canonical abandoned it, has released OTA-18 with lots of improvements, but still based on the ancient Ubuntu 16.04.

According to the team, one of the big changes in this release is a rewritten Media-hub service, responsible for media playback and control. "20,526 lines of code later, the new media-hub emerged – with better tests, a more contributor-friendly structure, and a few fixed bugs to boot," said the post introducing the release.

The OS update also improves efficiency. "We still have a lot of people using devices with just 1GB of RAM," the team explained. "OTA-18 almost always feels faster than OTA-17 on the same device." 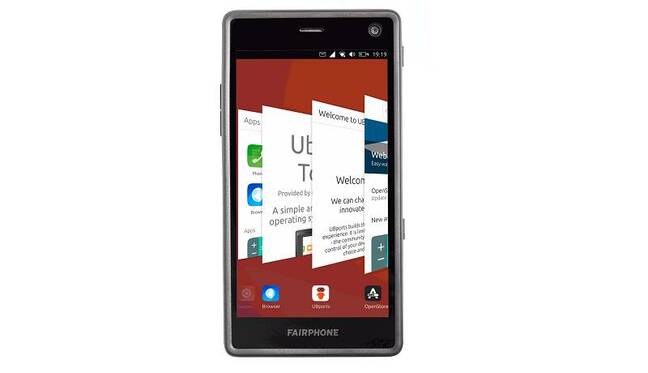 That does not sound like much, but the team said "there are a lot of fixes that cost little in code but will have a huge impact in practice."

There are a few snags. Just 54 devices support Ubuntu Touch and, of those, just 28 support OTA-18. This includes Fairphone 2 but not PinePhone. According to a post in the PinePhone support forum: "Unfortunately, getting UT up and going on Pinephone/Pinetab is on the backburner until after the 20.04 upgrade."

What then of Ubuntu Touch based on Ubuntu 20.04? Apparently, progress is under way, and in fact the limited number of new features on OTA-18 is in part because "the small team of people who know the internals of Ubuntu Touch has been preoccupied with things other than OTA-18," most of those other things being connected with 20.04.

This includes work on Lomiri, the "convergence desktop" originally called Unity, until Canonical abandoned it. However, there will be an OTA-19 again based on 16.04 before we get a 20.04 release. There is more information on development progress in this Q&A.

On the plus side, users of Ubuntu Touch on the stable channel will get OTA-18 on compatible devices simply by "using the Updates screen of system settings."

It sounds like an uphill battle, though. UBports' Ubuntu Touch is one of several ways to run a free operating system on a smartphone, but all have snags. One approach is to base a phone on AOSP (Android Open Source Project), in which case there is an issue with Google's proprietary Play Services not being available – see here for how the /e/ Foundation works around this problem. Another approach (as with Ubuntu Touch) is to base the OS on Linux and to rely on the Linux application ecosystem.

There is plenty of interest in the idea of a phone that is free from Google or Apple and the various ways they restrict, track, and control smartphones, but translating that interest into a viable alternative is problematic. ®