What is your greatest weakness? The definitive list of the many kinds of interviewer you will meet in Hell

You don't mind if we record this, do you?

Feature Having shown you some top tips on how people screw up their CVs and interviews, we now move to the weakest link: the interviewer. This article draws on my own experiences from grunt programmer, CTO to headhunter with many years in the recruitment game. Names have been obscured to protect the guilty.

A common defect is to confuse the "status" of a company with the quality of the person you are interviewing. I once hired a manager from Fujitsu – no don't laugh, he was great. My view was that if you can get stuff done there, you are something special and, more cynically, that no one was going to try and poach someone with the F-word on their CV.

That cuts both ways, however. At a highly prestigious consultancy, they needed a decent programmer (god how they needed one), so I suggested my ex-boss, who had gone freelance. The snide little droids were still giggling when they came out: he'd done a stint doing highly technical stuff at Lewisham Waste Management, a world away from their statement offices near Charing Cross.

Despite all of them combined having less understanding than a SOAS graduate, I as a freelancer wasn't allowed to interview people, so they didn't hire him. Moreover, the project went so badly downhill after I left that I had to use my full skillset to avoid anyone working out I'd ever been there from my CV. 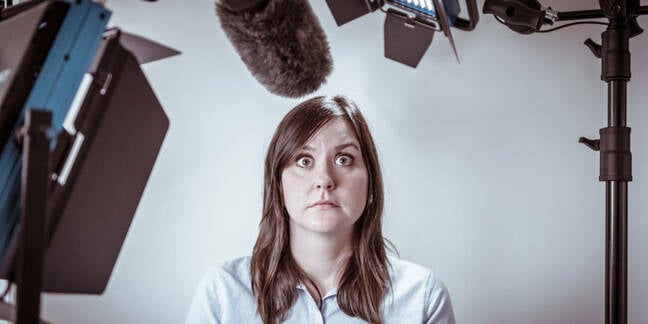 One of the most damaging attitudes companies can have is that if you really want to work for them then you will put up with anything for the privilege. This takes many forms – from having eight (yes, really) interviews, to being left for an hour in reception because the manager is "too busy" even to send an apology, let alone tell you how long it will be, to being belittled.

They will schedule meetings at times they find convenient with no acknowledgement that you have a job to do. And of course HR will have a rule that, despite the havoc wrought by COVID, there must be no "gaps" on your CV – even if the gap is caused by them taking six weeks to generate an actual offer letter after verbally offering the job.

The most glaring contempt an employer can show a prospective hire is having a first interview with an HR or even a recruitment process outsourcer (RPO), stating clearly that you are just a "Resource" – an increment to a digit in a spreadsheet. Odds are that, like me, you will find that as the least bad option in your life at some point. How great do you think your commitment to the firm might be? 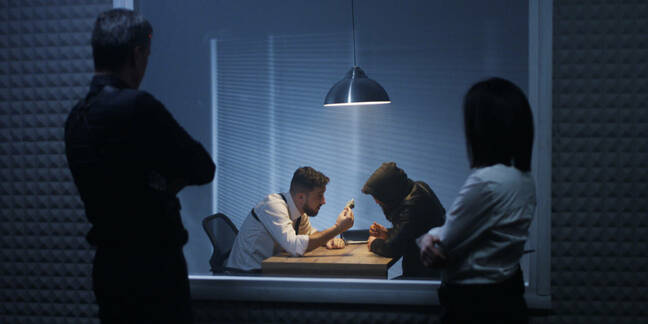 "I'm only going to ask you this one last time. Yes, then you can bring in Pam, Richard, thank you. No you can't have a glass of water. Is this your oregano? Is it ethically sourced?"

The multi-interview death marches have become more common since we started doing them on Zoom. Partly because they are easier to schedule, but also managers have become wary of too little "visible productivity" and discovered "helping" the interview process as a way of making sure they aren't forgotten. And of course as it gets harder to fire someone who doesn't fit, you rationally become more risk-averse.

A decade ago a huge percentage of IT pros wanted to work for banks. It was a one-way love affair, with managers openly despising the geeks, referring to them as "not part of the business" and hiring failed traders, accountants and MBAs to run IT groups – but at least the money was good.

Today, of course, the whole finance sector finds that Data Scientists, Security Pros, and Artificial Intelligencers won't even apply. They focus wholly on "business" questions, even when the only knowledge of banking (or retail or logistics) you really need is grasping that having more money is better. They judge you on their guess at the price of your suit and even your watch (for our younger readers, in the last century people would spend thousands on a clockwork toy on their wrist if one a bit like it was worn by a golfer on TV).

Just because you are paid to do something, doesn't make you a professional. It requires experience, training and pride in quality. I did some of this research stuff like a proper journalist and found that many interviewers not only had literally no training, but the average tech manager has had more formal training in cookery – since a trip to Leith's to learn knife skills is a common birthday present when you have no idea what to buy someone. The little training they've had was arranged by HR who, as it was explained to me by the head HR of a huge firm, have the job of "protecting management from staff". So that training almost wholly involved avoiding getting sued for discrimination – which is good, but does nothing for choosing the best and avoiding the worst.

As this article is aimed at tech managers whose work presumably needs a proper grasp of quality control methodologies, I would ask if you can think of even one QA technique used in your recruitment process?

How about the simple one of putting a known good – or indeed bad – candidate through it? Or tracking decision makers and processes against the performance of the people they output? Even HR does better than you, tracking the difference in diversity between who you interview and who you hire. Oh you didn't know that? Do you wonder perhaps if this information will be used for or against you?

Some interviewers get off on beating the poor sucker across the desk, often with trick questions. The first time it happened to me I was asked to pick the three most important characteristics out of seven. I guessed, and not only was I wrong, but with a manic glee in his eye the interviewer exclaimed that all of them were.

A variant on this is the manager who thinks doing a stupid thing more vigorously somehow makes it good. So they ask really hard questions, and are so very pleased with themselves when they ask about an algorithm whose name you can't spell, let alone know by heart or a language construct of such obscurity that only Peter Landin knew what it was for. Well done: Manager 1, Candidate 0.

The signal-to-noise ratio of this is horrible. Once you get past the skills necessary to do the job well, you're gambling that you are separating smart people from ones lucky enough to have found it on the same web site you use because you're also too lazy and not smart enough to make them up yourself.

In the real world, you are building a team to get things done – or at least stop things getting worse. That means complementary skills and that means you have to compromise getting the best, in order to make sure you cover all the holes. Two excellent Python devs do not an IoT expert make.

Some firms can't even be bothered to interview you, delegating it to someone with a degree in Grievance Studies who actively hates tech professionals. Since they have been on two weeks of Tech Bootcamp, they decide (as one did) to argue over whether the content of a PhD CompSci thesis from Imperial meant what it said. After a while this has the desired result of making a candidate give up and go elsewhere so they could put in someone from their own recruitment arm.

Long before my pimping days, I went for a job doing financial calculations in C++, so they asked me deep questions about SQL. It turned out that they wanted me because they had no-one like me, and worked on the principle that if my SQL was what I said, then the rest was likely true.

That sadly common trick has a high noise-to-signal ratio. They should have hired a contractor for a fraction of the cost of what someone costs over the years they do a good or bad job. But that costs money – and recruitment is all about short-term cost saving. And anyway, HR has a no-contractor policy, which of course is different when it comes to the temps they hire when their workload seems too much.

Especially in banking we now have to endure the questions about Ethics which, to paraphrase Groucho Marx, is something you need to learn how to fake. To check whether someone not only has a strong moral compass, but that it aligns with yours (as well as your regulator) is hard. I'd want a couple of hours to even guess. They allocate three minutes, during which an RPO will ask you to describe a situation where you faced an ethical conflict. You intone something about how you understood why an action was attractive but you felt uneasy and sought the guidance of a appropriate senior person. I guess if you can't bear to bring yourself to say that, then we should worry – otherwise it's just boilerplate backside covering.

I am not a fan of the many online tests. For IT pros, they mostly test knowledge – and the superior engineer isn't just someone who knows things, however important that is. They need to have good judgement in choosing a given construct, pattern or approach. You can learn how to do something a lot more easily than you can determine whether it's the right choice. It's also far from unknown for over-enthusiastic candidates to pay for a few attempts at the online test themselves, and thus do much better than they should. But realistically they are cheap and objective, not caring about gender, race or anything else. In fact if by some chance you wanted a better quality process you would use them as comparison. But you don't, do you ?

There are plenty of fish in the sea

So why does this matter, if there are so many people out there that you always fill your slots?

Defective interviews separate those who will put up with it because they don't have many other options, from those who do. Do you really want to hire the first kind? We both know that the spread in any sample of IT pros' ability is so large, and just one of them under or over-performing can mean that you become the one having to endure horrible interviews with few other options. ®