Unless that's an ad for American Megatrends?

Bork!Bork!Bork! Double the advertising space can sometimes equal double the potential for borkage, as this freshest example of the breed demonstrates.

Spied by an eagle-eyed Register reader last weekend in Southampton's West Quay shopping centre, the dual screens designed to lure punters into the John Lewis department store are instead showing an altogether different side to the retailer. 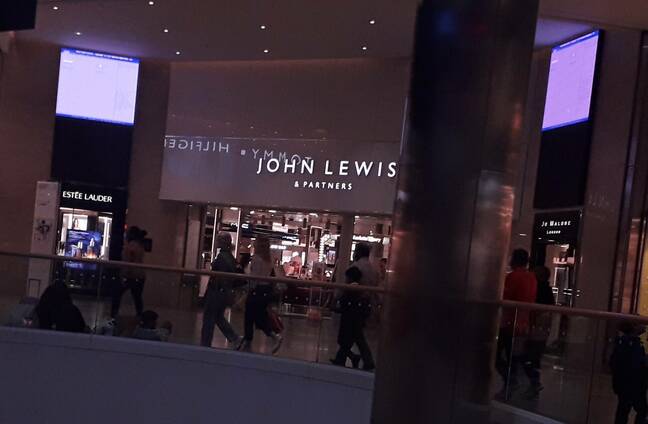 "Never Knowingly Undersold" is the motto of the troubled chain, normally taken as meaning that the store is not keen on being beaten on price by the competition (although punters would do well to check the small print before demanding a price match).

In this case, however, the motto might be "Never Knowingly Dropped Into The BIOS Setup Without Checking Where The Video Output Is Going".

Not quite as snappy but, we fear, accurate as the giant displays are showing off a pleasingly recent incarnation of the Aptio Setup Utility created by the ubiquitous American Megatrends Incorporated. 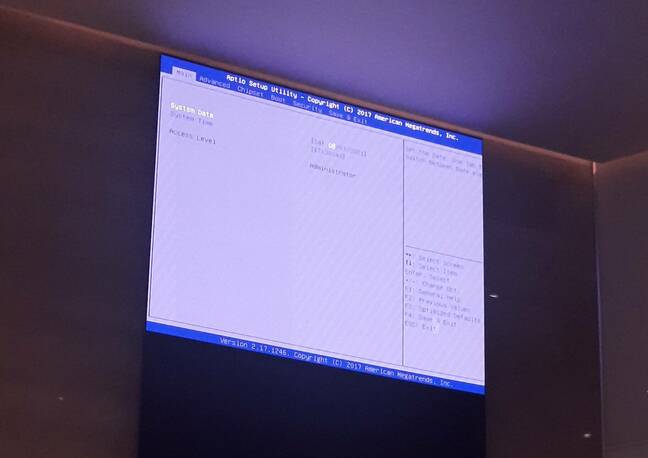 This is a shame, because the John Lewis chain prides itself on its electronics department and will often include warranties lengthier than those of the original equipment manufacturer. One can find the likes of Apple and Microsoft snuggled up on neighbouring tables along with the finest techno snoopage whizzbangery from a selection of well-known tech giants.

However, the evidence above this entrance hints that perhaps all is not well with whatever provider is responsible for the digital signage.

Recent months have not been kind to the John Lewis as it shuttered stores while transforming a £146m profit into a £517m loss for the year 2020/2021. The company pointed to a shift to online shopping resulting in a halving in the value of its stores.

The group's future seems firmly hitched to its online digital presence nowadays. A relief, since if things depended on its digital signage... well, there's a chance that things might not go so well. ®