Come fly with me. But first we need to find a boot device

An unexpected bork in the boarding area

Bork!Bork!Bork! We're all a bit jittery about travel as things in the UK open up. Paperwork is needed and there's always that worry that a surprise visit to one of Her Majesty's Hotels might be needed. Still, at least you aren't the person responsible for today's instalment of signage silage.

Today's example of the breed was sighted in the UK's Stansted airport Terminal B, beside Gate B31. Register reader Colin Carruthers was behind the camera, and remarked "'Crash' and 'Airport' are not always the most welcome words in the same sentence."

Quite, so we'll go for a Bork in the Boarding Area.

Stansted, or "London Stansted" as it is often called, is located quite some distance from London and serves as a hub for the likes of budget airline, Ryanair. Indeed, the same person that sold the location as "London" was probably cut from the same cloth as whoever flogged the airport an iffy screen as the latest and greatest in digital signage. 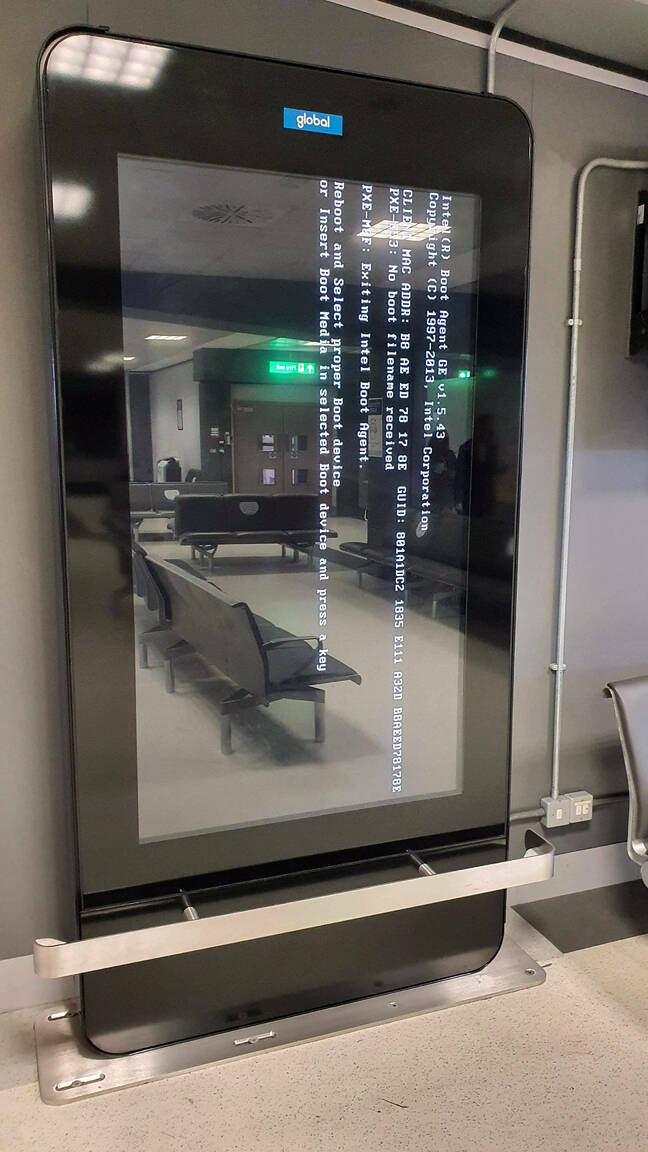 The error looks like something might be amiss with the network. The code hints that something was received from perhaps a DHCP server, but that there was no sensible boot filename. Alternatively, the sign restarted and simply couldn't find a bootable device.

We've all been there, although most of us have had a keyboard to hand. Sadly for this sign, there is nobody to jab a key. Indeed, aside from our reader, the gate looks almost deserted; the rush for seats that we remember from the before-times replaced with empty spaces.

If it weren't for the photographic evidence, we'd get a bit philosophical about it all; if there is nobody to see the Intel Boot Agent doing a whoopsie, could it be said a bork happened at all?

Of course it has. As airports shudder back to life it is somehow comforting to know that, as well as overpriced coffee and sandwiches, bork is patiently waiting for the return of travellers. ®