Elementary has released version 6 of its Ubuntu-based operating system, named Odin, on a "pay what you want" model.

It seems that every other day another Linux distro comes along, claiming to be an easy to use alternative to commercial offerings, and likewise Elementary is billed as a "thoughtful, capable and ethical replacement for Windows and macOS."

The first look of Elementary OS is appealing, with a somewhat Mac-like Dock, a striking desktop background, and a minimalist user interface. There are some puzzles, though: for example, how to write a review when there is no LibreOffice or equivalent, just a programmer's editor called Code (and no, not the Microsoft one). 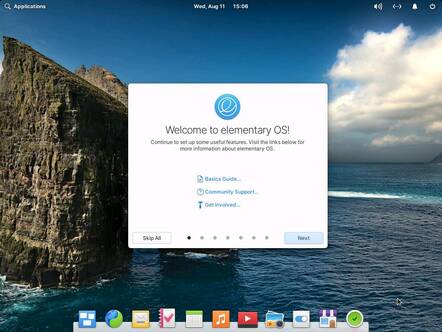 A trip to the AppCenter left us no better off, with a sparsely populated section called Office that lacked anything suitable. However, there is a paragraph in the introductory tutorial titled Sideload. "You can download Flatpak apps from third-party sources like Flathub," it said, warning that such apps "have not been reviewed by Elementary for security or privacy."

Another option is to open a terminal and "type sudo apt install libreoffice", which did the trick. Still, this does seem a lot to ask of novice users. FlatHub would have worked for LibreOffice too, and turned out to be what we should have used to get the most from the OS.

Elementary, like Zorin OS, is based on Ubuntu 20.04 LTS (long-term support), but where Zorin supplies a generous bundle of popular applications, Elementary seems keen to point users towards its own ecosystem. This is distinctive in that both the operating system and its store (the AppCenter) adopt a "pay what you can" approach where the user types in the amount they will pay, from zero and up.

"Thanks to our pay-what-you-want model, elementary, Inc. now has several employees and regular contractors to work on the operating system, and we've sparked quite a lot of conversation around paying app developers in the wider open source ecosystem all while avoiding advertisements or data mining," said founder and CEO Daniel Foré in March this year. 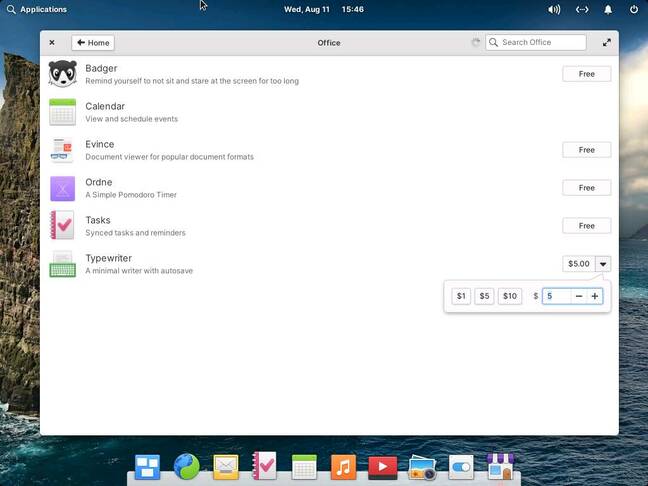 Pay what you want ... apps in the AppCenter let the user choose

A glance at the company blog shows more posts with an ethical dimension, like leaving Google Analytics in favour of open analytics from Plausible, and "Why we left Medium", in which co-founder Cassidy James Blaede stated his view that the blogging platform had become too "aggressive toward readers."

In the post on OS 6, Blaede claimed "an unmatched commitment to privacy" as well as effort to create an elegant user interface. There is also an application permissions dialog reminiscent of Android or iOS, though we blew a hole in this by installing LibreOffice with Aptitude since it only applies to Flatpak applications. 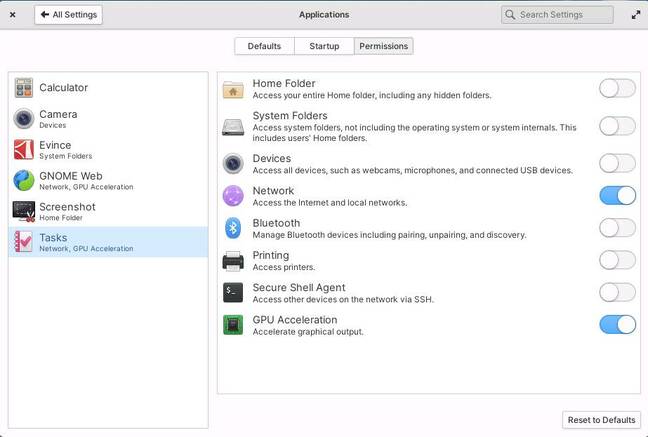 Elementary OS does seem spartan out of the box, though, and a question is whether it makes sense for the Elementary team to have expended so much effort on writing its own software, including a code editor, music player, camera app, email client, task manager and more – all the repositories can be found on GitHub here – when more feature-rich applications performing these same functions already exist. The applications in the AppCenter are said to be diligently curated, but when there are so few that the user has to look elsewhere, the value of that is undermined.

That said, Elementary is a carefully designed Linux distro which is Flatpak-based and highly principled in its approach, and the cost is, well, whatever the user wants to pay.®