WEB@30: The Register pokes around historical hardware of the WWW

ASCII selfies and hands-on action in the heart of Cambridge

Double-u, double-u, double-u. "The World Wide Web is the only thing I know of whose shortened form takes three times longer to say than what it's short for," as the great Douglas Adams once said.

But for those who fancy eyeballing exhibits from acoustic couplers and coffee-cams to dot-matrix printers and cartoon badgers in the venerable author's home town, WEB@30 Cambridge is well worth a look.

The exhibition, which runs until the start of September, occupies a vacant store in Cambridge's Grand Arcade, and gives passers-by the opportunity to get hands on with some delightfully retro hardware in a celebration of the 30th anniversary of the World Wide Web. 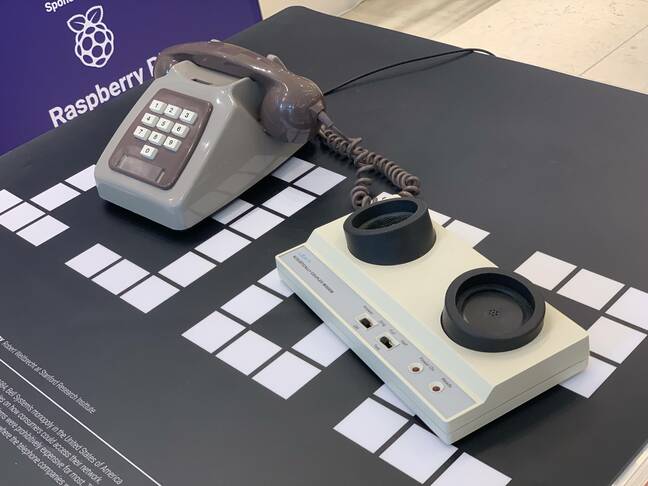 6 August 1991 tends to be regarded as when things kicked off, although Tim Berners-Lee had got the requisite components (browser etc) up and running by the end of the previous year. Thirty years on and, well, taking a dip in a warm bath of nostalgia is arguably a good deal more relaxing than pondering what the WWW has become. 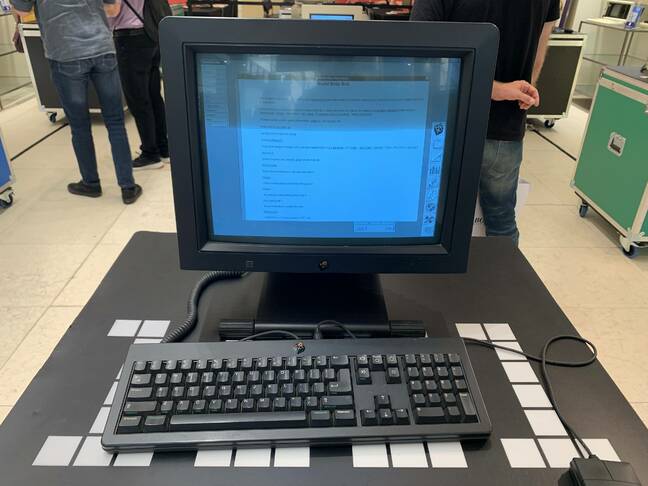 As well as a NeXT computer (Berners-Lee used one at CERN), the exhibition features a range of functioning retro hardware (originally curated by Jim Boulton), a recreation of the Trojan Room coffee pot webcam, and a Star LC10 dot-matrix printer capable of spitting out ASCII representations of those willing to stand in front of a camera and hit a big red button. 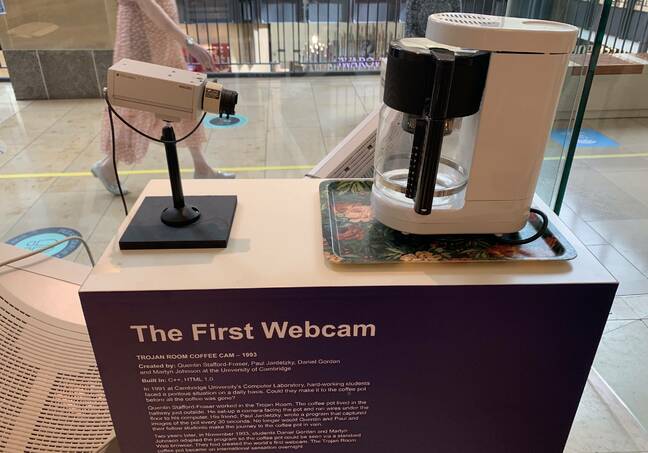 Recreation of the first webcam

And goodness, it seems quite a few visitors have indeed wandered in over recent weeks. "It's over 3,000 so far," Jason Fitzpatrick, CEO and Founder of The Centre for Computing History, told us.

The WEB@30 exhibition is both similar and quite different to the Cambridge-based Centre for Computing History. The latter is very much a destination, while the former can be strolled into en route to a coffee station or department store in the shopping centre, or from the nearby Raspberry Pi store. It is also free of charge, which encourages the same level of interaction with the kit as that of the full museum.

"This is a little bit more maintenance for us," acknowledged Fitzpatrick, "but this exhibition is now ours, the whole thing has been donated to us."

The machines in the museum have got to the point where, according to Fitzpatrick, they "are pretty much looking after themselves" but the WEB@30 exhibits have required a little more attention. The team has also augmented the hardware with ephemera: that Encarta CD, old encyclopaedias, fax machines, and so on. 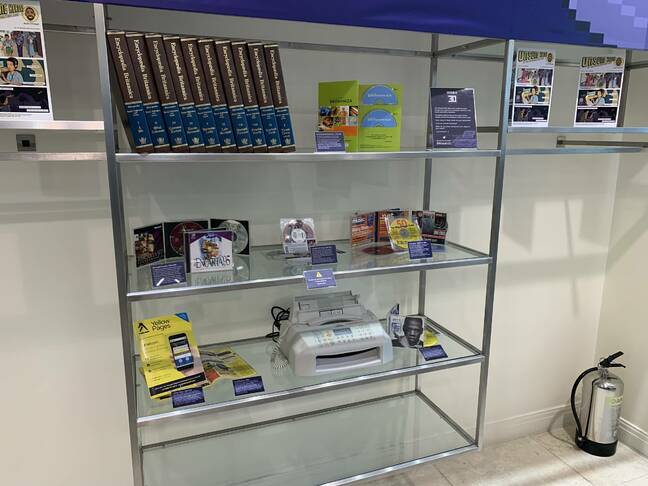 Shelves of the obsolete

Lurking at the back of the exhibition is a workshop area stuffed with Raspberry Pi computers. While WEB@30 must come to an end in the coming weeks, the experience (and visitor numbers) has got Fitzpatrick thinking.

"What would it be like if the museum stayed where it was in terms of the storage and archives, but the actual display was in the middle of Cambridge somewhere where there was big footfall.

"All of a sudden you've got an exhibition that appeals to most people… everybody has some kind of affinity with this."

WEB@30 is still running. The range of computers on offer is not as wide as that of the museum, but the theme tying everything together works well, as do the screens showing a variety of memes through the ages.

The Return of Gopher: Pre-web hypertext service is still around

The web was done right the first time. An ancient 3D banana shows Microsoft does a lot right, too

Microsoft says the internet is the nicest it's been since 2016. Obviously they didn't look at The Reg comments

Ad tech ruined the web – and PDF files are here to save it, allegedly

Sir Tim Berners-Lee's World Wide Web NFT fetches $5.4m at auction while rest of us gaze upon source code for $0

Proceeds to go towards charitable causes, Father of the Web confirms
Software1 Jul 2021 | 30

The bill calls for concise, machine readable summaries of how websites and apps use client data
Legal14 Jan 2022 | 36