30 years of Linux: OS was successful because of how it was licensed, says Red Hat

On the 30th anniversary of the announcement of Linux by Linus Torvalds, Red Hat has said that it all worked out because of the way the OS was licensed.

In a post today celebrating the anniversary, Red Hat said: "The reason that Linux has been arguably the most successful operating system of all time is due to the fact that its license allowed copying, improvement, distribution and required sharing of changes. (Note that the license does not require collaboration, but the reciprocal nature of Linux strongly encourages it.)"

Making Linux GPL'd was definitely the best thing I ever did

That license is the GPLv2. Red Hat quotes Torvalds who discussed the matter in a 1997 interview.

"I actually originally released Linux with complete sources under a non-GPL copyright that was actually much more restrictive than the GPL: it required that all sources always be available, and it also didn't allow any money to be exchanged for Linux at all," said Torvalds.

"That original copyright was mainly a reaction against the operating system I had been trying to use before Linux: Minix. Minix was meant to be a teaching operating system, but it had been too limited and in my opinion too expensive for that … so when I made Linux, I wanted it to be easily available over ftp with full sources, and I did _not_ want it to be too expensive for anybody. I changed the copyright to the GPL within roughly half a year: it quickly became evident that my original copyright was so restrictive that it prohibited some entirely valid uses … making Linux GPL'd was definitely the best thing I ever did." 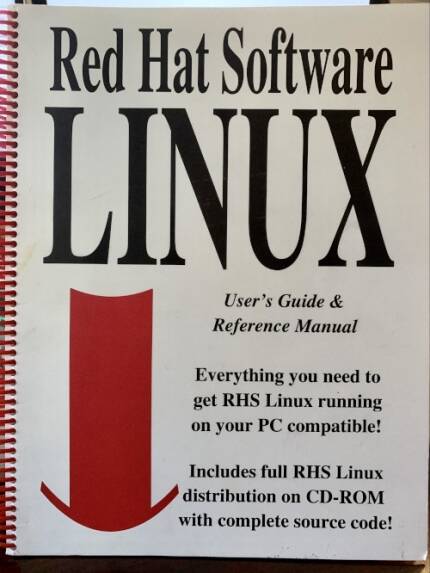 Red Hat is perhaps the most commercial of Linux distros and it appears that it started as it meant to go on. The first public release was issued by Marc Ewing in November 1994 with the top feature listed as "Retail price $49.95 – introductory special: $39.95."

Red Hat confessed that this "was actually a paid beta and not a 1.0."

The company now argues that the ability to charge for Linux was important to its success. "By removing restrictions to commercial use and so forth, Torvalds opened the door to companies improving and distributing Linux," said today's post.

Has Linux become too commercial and corporate? Mike McGrath, Red Hat VP of Linux Engineering, told us: "The big thing has been the competition for that community talent. If you are a developer that wants to get involved in open source, there has never been more opportunity… the corporate side of it, I don't view that as a negative. It's a positive consequence of the success of Linux in businesses."

A remarkable aspect of the Linux story is that Torvalds is still leading it. "I first got started in 1995 with Linux, I think it would have been surprising to me [then] that he still had the chair and was doing such a good job at it," said McGrath. What will happen when Torvalds stands down? "We've got a whole business based on Linux, so succession planning is very important to us," he said, adding: "As with any community, we respect their autonomy… I don't know what the open source equivalent of a business continuity plan is though I hope the Linux Foundation does. There are certainly people that could step in and take over from Linus if he chose to step down."

The success of Linux is extraordinary, but it could be better. Google has said that its security is not good enough and that Linux needs at least another 100 engineers. "I don't necessarily think that means that we just need to add more security people and that will solve it," said McGrath. "I do think that security will be more at the centre of the processes that we have. That's certainly going to be true at Red Hat. I think it will also be true in the open source communities where we will probable see more security being built into CI (Continuous Integration) pipelines."

Year of the Linux Desktop?

What about the areas where Linux has not broken through? There is the desktop, where Windows and macOS are more widely used, and perhaps more significantly, mobile; Android is proprietary, despite being built on Linux, and it is not a healthy situation from a free software perspective.

"If there were no Linux there would be no Android," said McGrath. "However, I don't think that Linux needs to be out for world domination. If I were to guess at some possible causes why Linux didn't take off in mobile, maybe we just had too much choice and spread ourselves too thin. I had a custom Android build on my phone for a time and I quickly dropped that because there's a point at which my technical interests are not more important than my ability to call someone during an emergency, or get my maps to work."

It is a point echoed by free software advocate Serge Wroclawski, who discusses what is available and says: "While I want very much to be using one of these operating systems in the future, I could not recommend one of these devices for a 'regular person' at this point, and for myself, they're not capable of serving as my daily everyday device yet."

Those interested in tracing the 30-year history of Linux will find a timeline from Open Anniversary here. Its most recent milestone is Google's release of Kubernetes in 2014. McGrath told us that containers are a big theme in what is happening with Linux today, and still very much in progress. "We're getting towards the middle of the container transition," he said. ®