The Register recreates Apollo 15 through the medium of plastic bricks, 50 years on

Feature The Register's Lego Space odyssey continues with the addition of an Apollo Command and Service Module (CSM) to the official Lego Lunar Module kit.

We built Lego's NASA Apollo 11 Lunar Lander (item 10266) just over two years ago and were impressed with the attention to detail as well as the opportunity for an impromptu science lesson during the build.

Enthusiasts have since created a variety of brick-based improvements to deal with some of the more glaring technical inaccuracies, but what the set really lacked, we mused at the time, was an Apollo CSM.

Lego has inexplicably not added this spacecraft to its collection, but we were delighted to note that enthusiasts have stepped in to fill the gaps and created designs available either as full sets or as plans.

It is 50 years since Apollo 15 plonked the first Lunar Roving Vehicle on the Moon so we selected a design uploaded to the Bricks In Space Facebook group and hit Bricklink once again to find the necessary pieces of plastic.

The design is 1:35 scale and a combined effort by Robert Overy and Owen Hempel (although other designers, such as Adam Wilde, receive a nod). It is also an education for anyone wondering what lurked within the grey cylinder of the Service Module (other than the bits that exploded in Apollo 13).

The instructions will be familiar to anyone who has assembled Lego's wares in the past and, like the work of Joe Chambers, are full of detail explaining what the parts represent, from mapping cameras and fuel cells to the post-Apollo 13 extra oxygen tank. 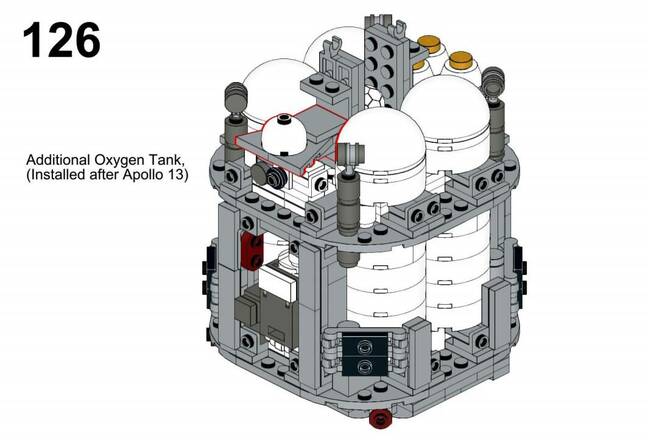 The detail under the skin (pic: Robert Overy and Owen Hempel)

The sides of the SM can be detached to show off all that glorious detail, and the instructions include additional booms (for Apollo 15's Gamma Ray and Mass Spectrometers) as well as Adam Wilde's Particle and Fields Satellite. The designers have also provided alternatives for the thruster quads. 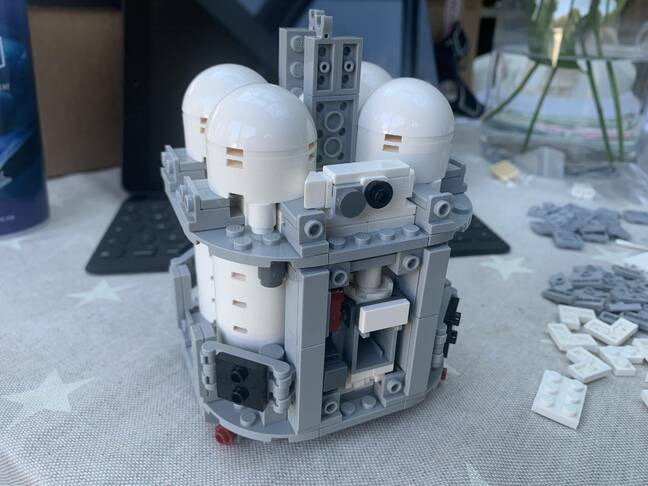 The service module took us longer to build than the Lego Lunar Module, but presented a useful opportunity to talk through the construction of the Apollo spacecraft, and the addition of plastic bricks made for a more interesting science lesson than some of the home-schooling attempted during lockdown. 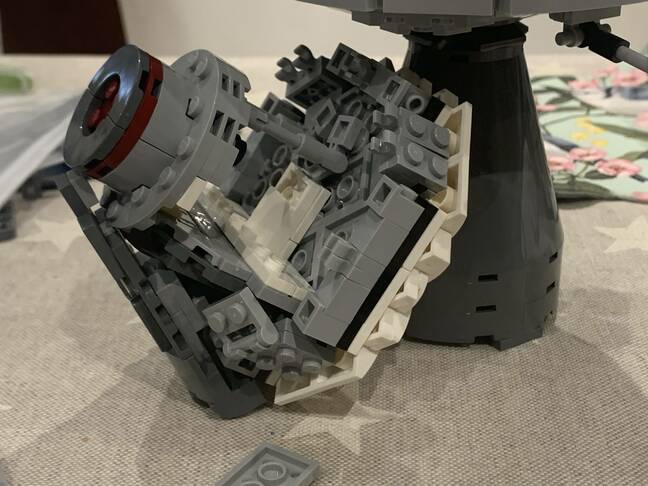 The Apollo Command Module was a considerably quicker, although slightly more fiddly, build. The shape is impressive considering the Lego bricks available, although this particular design does lack the hatch of some other creations. 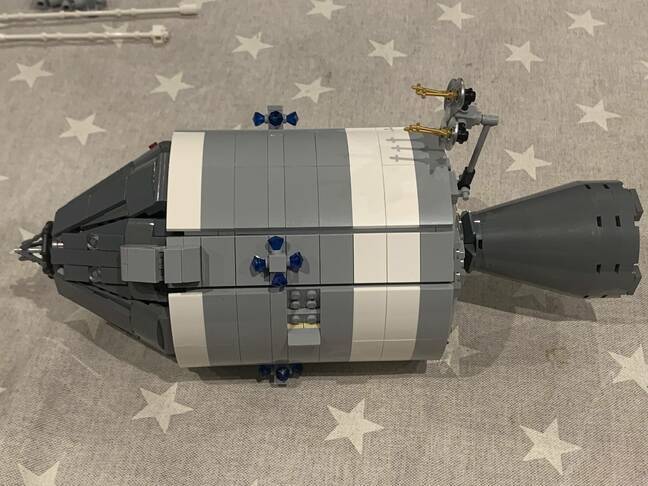 We spoke to the designers about their work. Overy has embarked on a folding Lunar Rover (inspired, he told us, by the work of Charles Dunlap).

"Creating the CSM with Owen was great fun, especially working in all the SM detail, which took a lot of iteration," he said.

"The greatest challenge with the CM was to create the conical shape and maintain the correct proportions of it."

Hempel had started out building the SM while Robert was working on a CM that improved on the proportions and detail seen in other designs. The two were working to the same scale. "Our models were very nearly compatible right out of the box," he told The Reg.

"Most of our model creation process was to iterate and send it across for feedback," Hempel explained. "I had a lot more time early on in the process to do this, honestly Robert did a huge amount of work solo toward the end. But we exchanged lots of notes on each other's builds and we explored some pretty cool building techniques."

Less cool are the stands we built ourselves to show the CSM and LM in a post undocking state. Alternative designs exist that we're really going to have to build before the inevitable breath of wind sends our creations crashing to the ground.

There is no charge for the designs, and we found that we had the bulk of the components already in hand. However, if one were to pick up all new components from a site such as Bricklink, then expect to pay around £120. Shopping around and going for second-hand items should bring that figure down.

Apollo 15 featured the first "deep space" EVA when astronaut Al Worden retrieved film cassettes from the SIM bay of the SM during the journey back to Earth. Fifty years on, recreating the event through plastic bricks is both entertaining and educational. 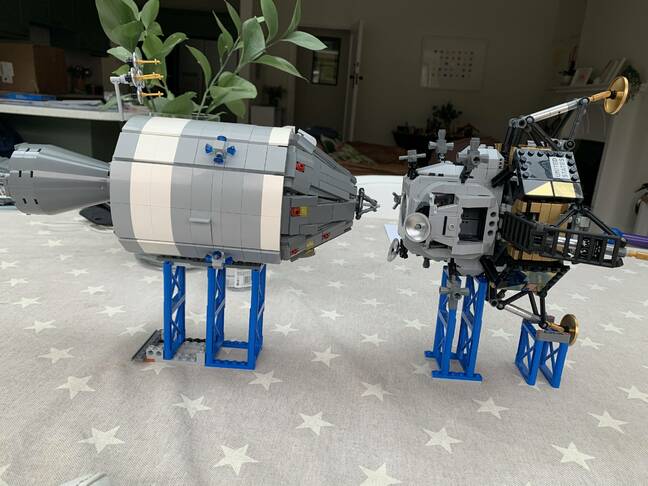 Although we're not sure how to answer the innocent question of a nine-year-old: "If they were doing this 50 years ago, why can't they make the Starliner work now?" ®