When everyone else is on vacation, it's time to whip out the tiny screwdrivers

Something for the Weekend, Sir? Having a screw on the kitchen table is an everyday thing in our household. The problem is not having a dedicated workbench for those small hardware repair jobs.

My office desk is already swamped with gear and I have enough difficulty finding space for a coffee mug, let alone a fully dismantled laptop.

OK, that's a slight exaggeration. There are gaps here and there. Taken collectively, there would be in principle sufficient unoccupied desk surface to accommodate a small DIY task such as swapping out a drive from a domestic NAS box. But reorganising the desk surface to gather all those unused bits into a single contiguous area is about as convenient as shunting tectonic plates to make space for a cartoon gag desert island.

So the kitchen table it is – my go-to workbench for spending quality time with my lockdown besties, Torx and Phillips. And in sympathy with Ikea assembly conventions, there's always a screw left over after reassembly. Not knowing where it came from or where it should go, I keep it on the kitchen table for a while, so I can find it quickly. You know, in case I experience one of those I-need-that-specific-screw-right-now emergencies that we all dread; that recurring nightmare of being without that one essential, irreplaceable screw, causing us to awake with a scream, bathed in sweat in the dead of night.

I am not alone in hanging up one's DIY dirty washing in otherwise clean and tidy places. LinkedIn this week was awash with UX designers asking thousands of random strangers (I think LinkedIn calls them "Connections") for their opinion on alternative mock-up online store visuals they are working on. Here's one such post. 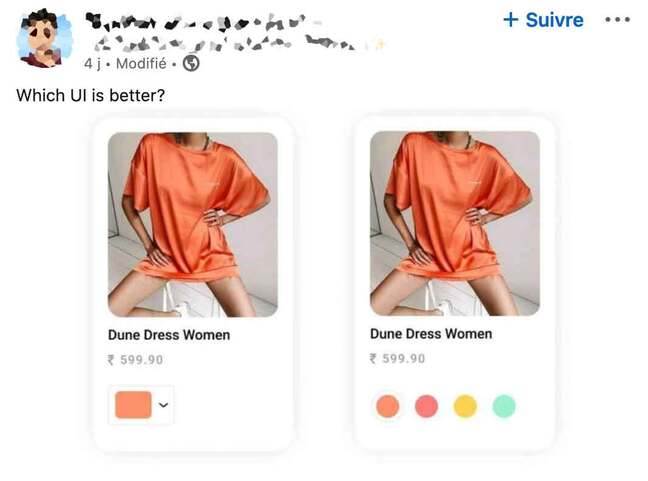 Naturally, I fed back: "Why does Dune dress women? Can't women get dressed by themselves?"

It's small but generous contributions of my valuable time and insight such as this that makes volunteering its own reward, don't you agree?

Anyway, I'd better get on with my own DIY job in hand. My kitchen table is littered with some four dozen squares of paper torn from the phone-messages note block. Tiny little screws are resting on the slips, each of which I have labelled with a step number (so I know which order to re-assemble) along with a hastily scribbled diagram of where the screws were extracted from. In some cases, the screws are precariously balanced on their heads inside annotated circles on my diagrams. And when I say "tiny", some of these screws can only be seen with the aid of an electron microscope.

Also on the kitchen table are circuit boards, cables and the now-empty casing of an Apple MacBook Pro. Oh, and lots of miniature laptop-scale dust bunnies; one sneeze and it's game over. Scarier still, if I breathe too heavily, not only might those tiny-weeny screws blow away, I risk inhaling some of them. If I thought my office desk was swamped, the kitchen table is double-marsh quicksand peat bog.

Why am I even doing this? A bet?

I bought the MacBook Pro in question just before the London Olympics – nine years ago. It's still going strong but the battery is no longer reliable. A friendly man at Apple's Genius Bar told me they don't make this type of battery any longer and, worse, failed to serve me a drink. I contacted several computer repair shops to ask if they could locate a replacement battery and fit it for me but none of them replied. Here in France, everyone goes on holiday for two months starting on 1 July.

So I went online, found a third-party battery replacement and had it delivered from Germany, along with a miniature toolkit in case I didn't have all the right miniature screwdrivers. I began dismantling the laptop on the kitchen table long after dinner ended, at 10pm, following instructions I downloaded off the web.

It is now 1am, the MacBook Pro is in a million pieces and my brain is as swamped as the table. The last thing I need is for something to break my concentra…

I've received a LinkedIn notification. I can't resist, must take a look. Heh… it's another post from a UI designer asking for feedback. 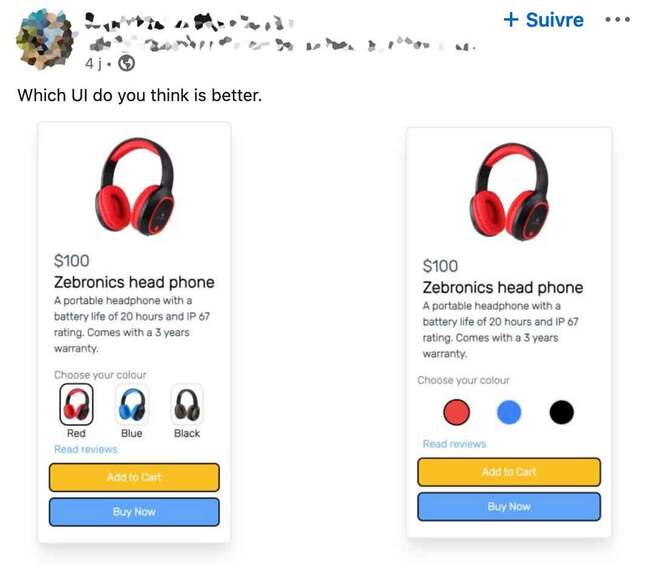 "Choose your colour?" I comment back. "But who's going to choose mine?"

Better get on with replacing that battery. Wearing protective glasses and gloves, I gingerly drip in some Alien blood to dissolve the nine-year-old Californian Valley-spunk that keeps the old battery pack in place. I accidentally allow a drop to fall to the floor, producing a puff of smoke as if a pantomime genie is about to appear as the droplet burns through three decks below before fizzling out.

After gently prising out the old battery – actually, the "gentle prising" became a "vicious chiselling" after 10 minutes of the former – and cleaning up the remaining snot, the new battery plopped right in its place. Now, let's go through the instructions for putting the bastard back together.

Oh, there aren't any. Nice.

The idea, I suppose – that is, I am guessing because the instructions fail to mention even the very notion of putting my MacBook Pro back together having taking it apart – must be that I should retrace the dismantling steps in reverse order. Perfectly logical… in the way that it would be equally logical to drive from London to Leeds and then make the return trip by careering back down the M1 on the Northbound carriageway in reverse gear.

Looking across the kitchen table and all the little annotated slips with microscopic screws dangerously close to rolling off as the cheap paper of the "bloc-note" begins to curls in the midnight summer heat, I feel even more swamped by the task before me. As my History teacher at school once explained to a punk rocker classmate back in the late 1970s, any fool can destroy; to rebuild takes skill and character.

I'm a bit lacking in either of those but I do have tiny weeny screwdrivers.

Also in my favour is a fukitwhatever attitude. Back in the late 1990s and early 2000s when dismantling desktop computers, printers, scanners and other large-ish tech appliances to see what was inside was an everyday thing in my line of work. I'd have an anti-static wrist strap, wear clothes of natural fibres only, earth myself into the ground with a tent peg driven through my foot and so on. Since then I have become more slapdash. I am doing this while wearing cheap pyjamas, in a kitchen, eating peanuts and drinking beer. Frankly, I'm more likely to be wearing a tech device on my ankle than my wrist, if you know what I mean.

Oh well, let's get on with it. Mustn't get distracted… 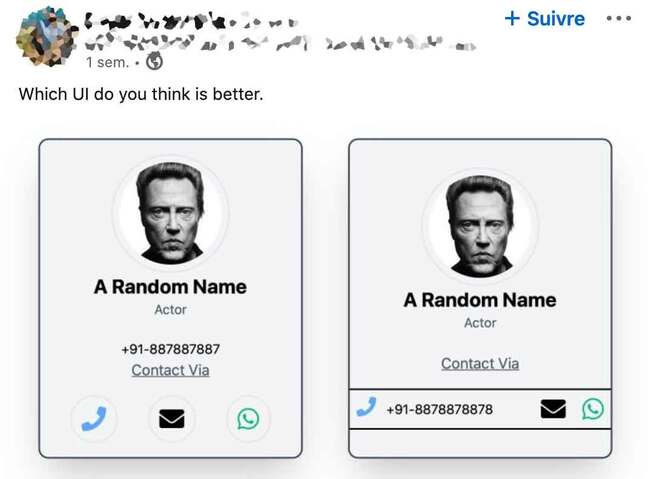 Helping people: that's what I do.

Half an hour later, I have a rebuilt MBP that boots up from battery perfectly. I'll run some recharge-depletion routines tomorrow when I'm not so swamped. Otherwise, I'm smug about extending the useful life of my 2012 laptop into 2021 and a little bit beyond, I hope.

Except… I'm not sure what to do with one screw that was left over. Perhaps I should leave it on the kitchen table for a bit.

You know, just in case.

Alistair Dabbs is a freelance technology tart, juggling tech journalism, training and digital publishing. He apologises to Mme D for his choice of music video this week as she has acquired a phobia of loud female rock singers. It's just that Cristina Scabbia is uncannily good live. He also reckons there's a passing chance that there really will be more at Autosave is for Wimps and @alidabbs this week if he can unswamp himself.