The RPG Greetings, traveller, and welcome back to The Register Plays Games, our monthly gaming column. Not that anybody noticed but we skipped the last edition for a number of reasons. 1) Too many betas. Though we were monitoring developments in potential World of Warcraft killer New World and Left 4 Dead's spiritual successor, Back 4 Blood, we didn't see anything that could be discussed fairly. 2) Generally no new full releases of interest. 3) We had to RMA a graphics card and got sad. However, when setting out the vision for this column, there were no hard and fast rules about what got covered. So this time we're headed back to 2014 and a crumbling space station where something extremely violent and dangerous lurks in the shadows…

I own two copies of Alien: Isolation. The first was bought on disc for the Xbox One at release seven years ago. At this point I had never truly committed to a "survival horror" simply because, while horror films and literature are great, horror games are another kettle of fish.

The flicking of pages and glow from the big screen are gentle reminders that you are "safe". But gaming, as a far more immersive and active (dare I say) art form, is too real. Done well, your body and mind can forget that you're not actually about to be murdered – at least in my case. 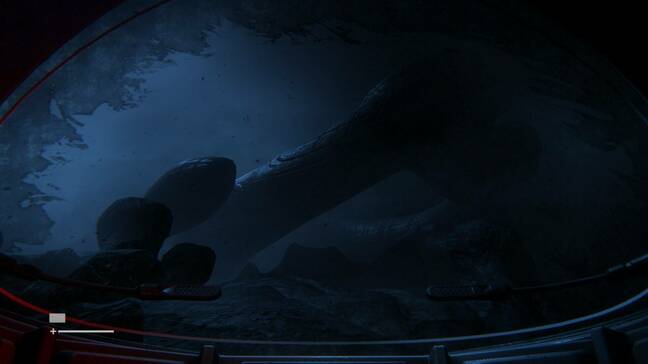 I was drawn to Alien: Isolation mainly because it was the only game based on Ridley Scott's film franchise that honoured the oppressive atmosphere of the 1979 original. Up until then, most were big dumb shooters that seemed more inspired by James Cameron's sequel – loads of aliens, easier to dispatch – as opposed to a solitary, highly intelligent, and nigh-on indestructible killing machine whose "structural perfection is matched only by its hostility."

The premise was helped by the fact that 20th Century Fox handed over 3TB of assets to developers Creative Assembly – so everything that you see, touch, interact with during the course of Isolation feels as though it could have come straight from Scott's set, with that naïve but stylish retrofuturistic sci-fi aesthetic firmly intact. 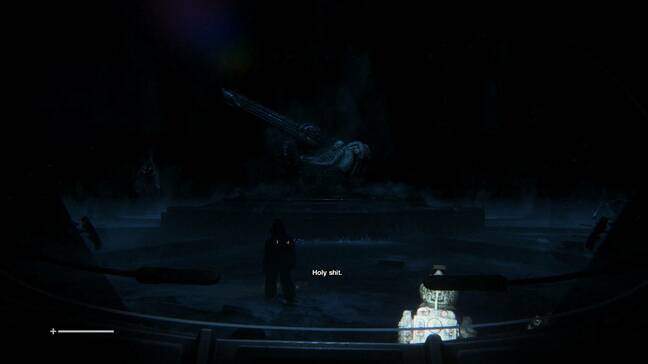 The problem was that, when I finally psyched myself up enough to slip the disc in, my courage failed almost immediately on encountering the xenomorph. That first meeting takes place with you cowering beneath a desk as the alien emerges from a ceiling vent, its huge barbed tail slithering inches from your face. Then it begins – the hunt is on.

"Nope," I stated, turning off the console while my unimpressed girlfriend looked on. And that was that. I hadn't touched it until recently I spotted the game on sale from Steam for a measly £1. I snagged it, of course. I still wanted to see it through – and surely seven years is enough time to grow a pair?

For those unfamiliar with this masterpiece of tension and anxiety, the player takes the role of Amanda Ripley, daughter of the film series' protagonist Ellen, who disappeared with the Weyland-Yutani freighter USCSS Nostromo. Hopefully we all know what happened there. Haunted by the loss of her mother, Ripley takes up a role as a gifted engineer in the sector where the Nostromo vanished in the hope of learning anything about the ship's fate. Fifteen years after the events of the first Alien film, she is informed by Samuels, a Weyland-Yutani android, that the Nostromo's black box has been recovered and taken to the space station Sevastopol. 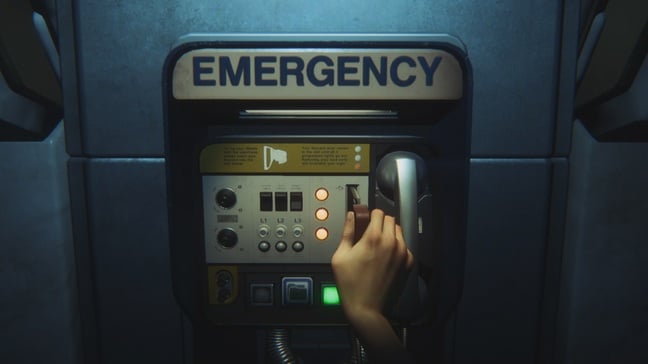 The game is saved by reaching these emergency contact points

Ripley joins a Company expedition to retrieve the black box on a privately owned commercial courier ship, the Torrens, but the team arrives to find Sevastopol's docking facilities damaged and communications unintelligible. Along with Samuels and WY lawyer Nina Taylor, the trio attempt a spacewalk to the station but debris severs their guideline. Separated from her companions, Ripley manages to gain access via an airlock but cannot hail her ship or team members. 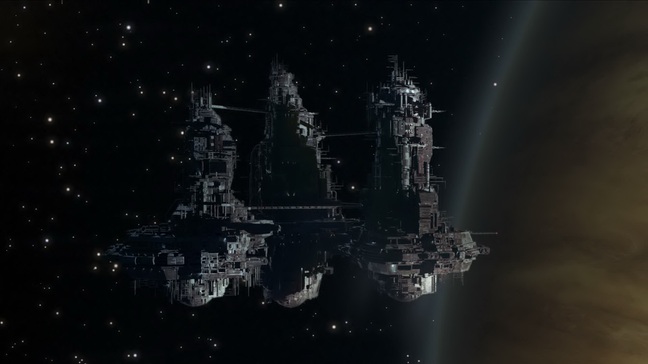 She finds Sevastopol mostly deserted and in an advanced state of civil collapse. Something terrible has happened aboard the station – body bags and corpses litter the darkened ruin – but precisely what caused the carnage is unclear. We, however, know better. Wherever the Company has stuck its amoral capitalist mitts, a xenomorph is sure to be close at hand.

Isolation starts off slowly as Ripley attempts to find survivors and piece together the catastrophe. Up until the clip above, Sevastopol is deathly quiet and the greatest threat are the terrified citizens who are desperate to leave by any means. But once contact has been made, it is safe to assume that you are being hunted most of the time. 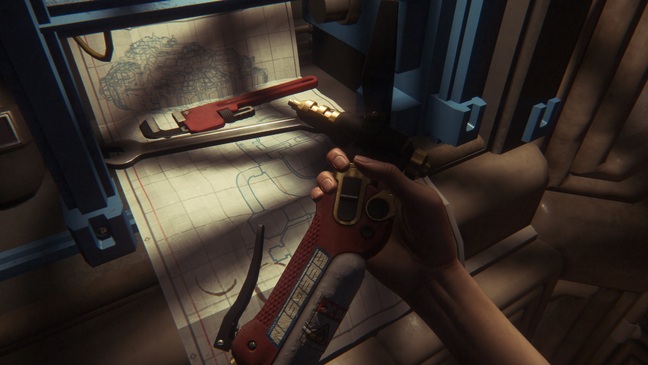 There's a bit of a learning curve with how to survive. Though Ripley finds weaponry like a revolver early on, players will soon discover that bullets are ineffective at subduing the beast. It may take place in the first-person perspective, but Isolation is decidedly not a shooter. Your best bet is to sneak, well, everywhere unless you can be sure that the alien isn't in the vicinity.

By default, Ripley walks around Sevastopol and can sprint too. The problem is that both these movement modes create sound, which is basically a dinner bell for the game's scarily convincing AI. 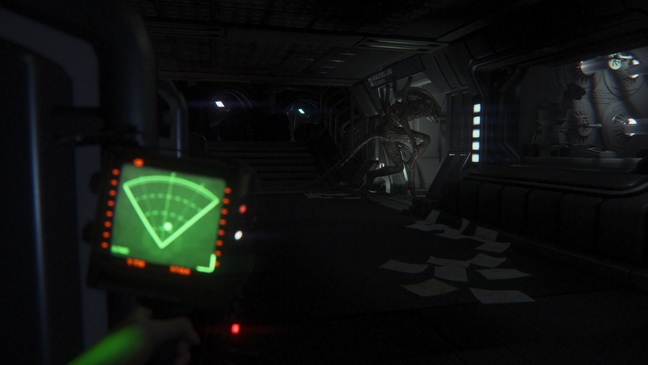 The motion tracker in action

As for figuring out the whereabouts of the creature, one of Isolation's coolest mechanics is the motion tracker. The handheld device bleeps whenever an object moves into range and can be brought out to show a dot on the display that gives you an idea how far away your foe/s may be. This intel helps the player figure out whether they can safely move on or need to hide. Lockers, cabinets, and beneath tables can all be used to evade death – but be warned, line of sight must be broken or you'll be yanked out of your hiding spot and disembowelled through a number of disturbing and awesome animations. You'll be feeling like this quite a lot:

Simply hiding is not always the solution either. If the alien is convinced you are in a room, it can approach a locker sniffing the air, listening intently, all of which you can see through the grates, and the game prompts you to move back and hold your breath before you give yourself away. Also, if the creature's tail brushes you while you're under a table, consider it game over, man. And if you notice drool dripping from a ceiling vent... maybe go around? 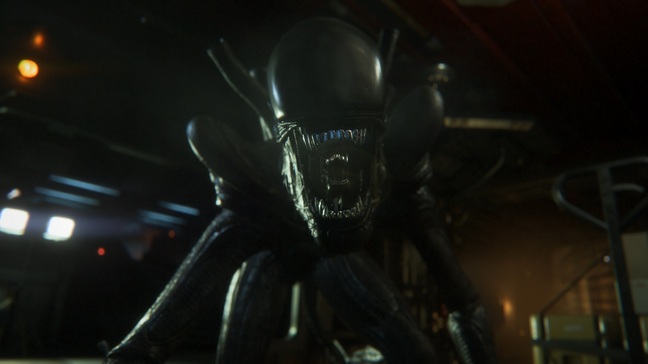 When caught, you're treated to a glorious slaying animation

It is genuinely terrifying, but you are also presented with numerous tools that help increase the chance of survival. By picking up blueprints around the station, Ripley can jerry-rig noisemaker devices, which can be thrown in the opposite direction to distract the beast and give you a window to slip away. Molotovs come in handy as fire is canonically the alien's only apparent weakness. Though a flamethrower becomes available towards the end of the game, note that it merely repels the creature long enough for you to reposition and push on. It will return within the minute. 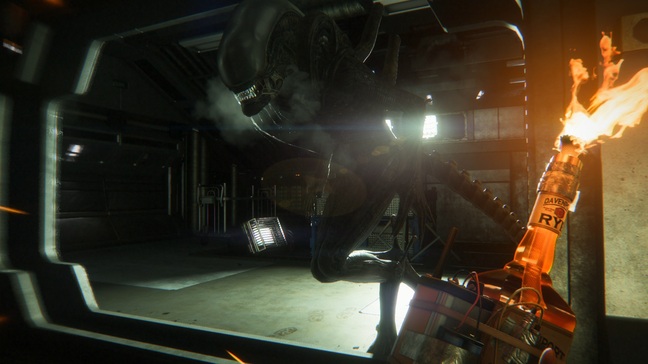 A Molotov may give you a chance to escape

But the xenomorph is not the only threat on Sevastopol. Dead-eyed "Working Joes" – the space station's fleet of maintenance androids – also stalk the corridors. They seem to have gone haywire during the crisis, brutalising the very people they were designed to protect.

As Ripley picks up voice recordings and logs on the affectionately retro tapes and CRT monitors found across the station, a sinister subplot unfolds. Someone must have told the droids to change their behaviour. Could they actually be safeguarding the alien's presence on Sevastopol? 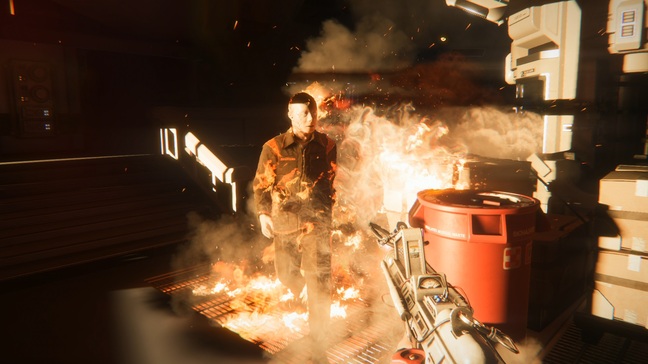 The Working Joes are almost as unsettling as the creature

The Working Joes move slowly but are extremely tough to neutralise. Regular varieties can be snuck up on from behind and smashed around the bonce with Ripley's huge spanner-like thing. Alternatively, a blast in the face from a shotgun will make quick work of them, though those wearing hazard suits are apparently impervious to conventional weapons. Other craftable countermeasures like EMP and explosive mines help, but often it is better to just give them the slip if possible. 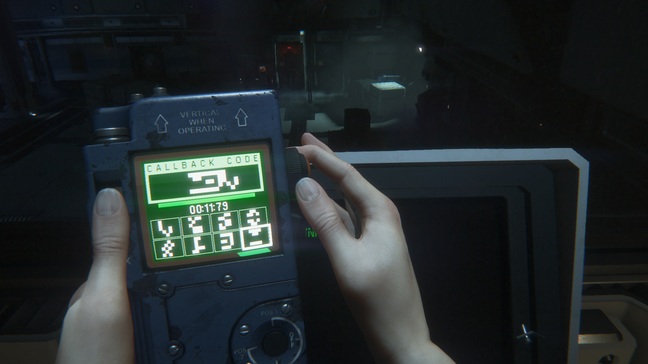 The action is carried along by Ripley's communications with her team (once re-established) and the various survivors she meets. Objectives are flagged up as waypoints on the 2D wire-drawn map, but Sevastopol is a maze of tunnels, maintenance shafts, and corridors – it is often difficult to navigate and getting lost and disorientated is all part of the package. One of the most impressive moments is a segue to the crew of the Anesidora, the salvage ship that found the wreck of the Nostromo, detailing what they discovered after backtracking the ship's path to LV-426, the exomoon from Aliens, which might give you a clue as to how the xenomorph arrived on Sevastopol.

Isolation is marvellous but not for everyone. If charging about guns blazing is your thing, you won't last a minute on Sevastopol. The slow burn and doomed atmosphere will probably bore those keener on action-oriented gameplay. For you, Aliens: Fireteam Elite – a Left 4 Dead-like co-op shooter – just came out. Likewise, the faint of heart should proceed with caution. Being hunted by sci-fi's most iconic monster is extremely stressful and cheap jump-scares are more common than I would have liked.

However, for a seven-year-old game, Isolation looks incredible and is exceptionally well optimised, at least on PC, so if your graphics card is showing its age, you should have a decent experience. The British dev studio has lovingly recreated the feeling and aesthetic of Alien down to the millimetre so for even casual fans it's unmissable. Clocking in at around 25 hours long, Isolation is without doubt the best survival horror I've ever played to the end – and, admittedly, the only one. ®

Rich played Alien: Isolation in its entirety on Twitch as ExcellentSword over the course of a few months. Chuck him a follow for more video game impressions as they happen! Every Monday, Wednesday, Friday, and Saturday from around 8:30-9pm UK time.