Arms not long enough to reach the plug socket? Room-wide wireless charging is on the way

Hold onto your hats, tinfoil brigade!

Researchers in Japan have developed a means of wireless charging that would enable electronic devices to be pumped with power anywhere within a room.

The study, which appears in Nature Electronics, suggests the work could lead to electronics firms building small charging cabinets, and wireless charging rooms.

The work even has the potential to be scaled up to create untethered factories in which equipment is powered without cables, the researchers said.

Wireless chargers exist, of course, for toothbrushes and smartphones, but the recipient device needs to be in close proximity to the charger, and in a particular orientation. 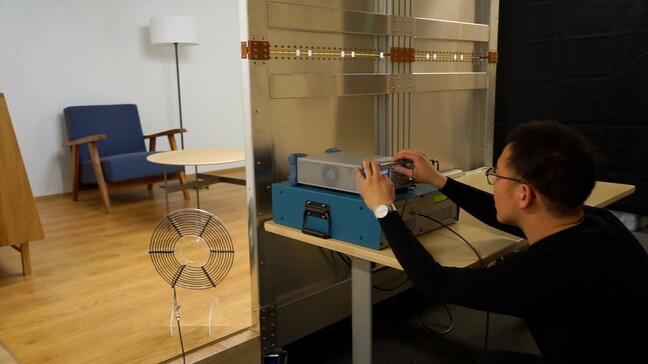 Presumably, because these (and the arcane wired method of charging) were so damned inconvenient, Takuya Sasatani, assistant professor at the University of Tokyo and his colleagues developed a method of turning a room into a wireless power transfer system that uses multidirectional, distributed currents on conductive surfaces built into the walls.

Dubbed "multimode quasistatic cavity resonance", the method generates three-dimensional magnetic field patterns that can efficiently couple to small coil receivers attached to electrical devices such as smartphones, lightbulbs and fans: the devices demoed by the researchers.

Ideally, coil receivers should be oriented at right angles to the magnetic field for maximum efficiency, but 37 per cent efficiency is achievable anywhere in the room, even while a device is moving. 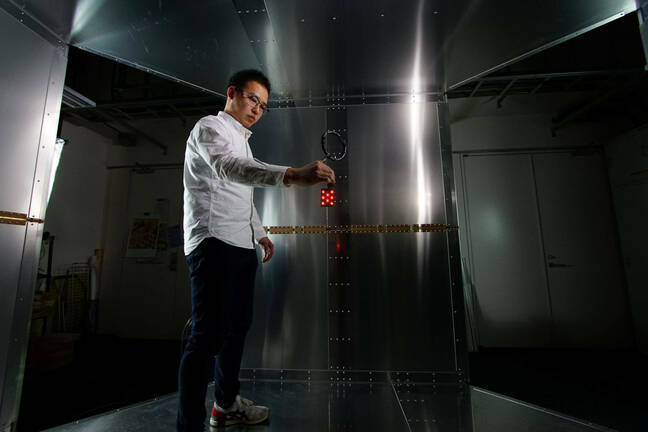 The researchers built a room to demonstrate the technique using aluminium sheets, frames, and a central copper pole. The structure houses two resonant modes that show unique magnetic field patterns: one pole dependent, pole independent. They explained that changing the input frequency activates these poles, such that the transmitter can cover the full volume of the room by activating the field patterns based on the receiver position. 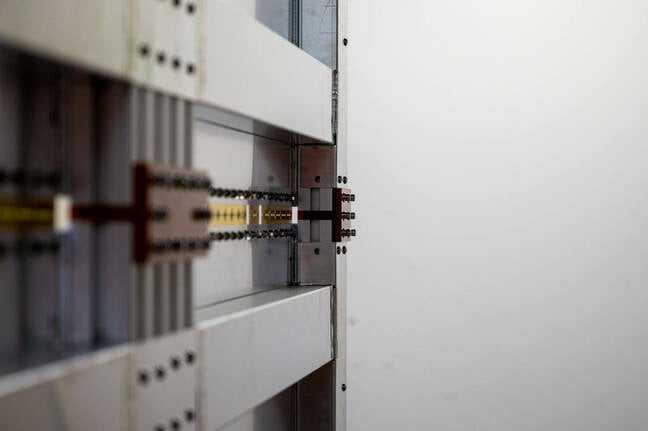 A lumped capacitor inserted into the walls (see above) helps confine the electric field and tune the resonant frequency.

Speaking to The Register, Sasatani said that while other researchers had extended the charging range to 3D volumes by generating a 3D magnetic field pattern using similar cavity-based structures, such systems would not cover the entire room because they could only generate a single field pattern. "In our paper, we show a way to generate two magnetic field patterns, which can be selectively activated and cover the null zone of each other so that the entire room volume can be covered," he said.

Finding a physical structure in which to generate multiple wide-range 3D magnetic field patterns covering the blank spots was the main challenge in the work, while developing techniques for tuning them to work at the intended frequency also proved tricky, he said.

A standard smartphone could be charged using the system, via a receiver coil, at the standard USB rate, he said.

"As long as we can deliver enough power — usually 5W for USB — the bottleneck that determines charging speed is the smartphone side, and our system can potentially deliver more than tens of watts," Sasatani said.

The receiver part of the equation is similar to commercially available wireless power receivers already built into many smartphones, so would not prove too costly, he said.

However, costs converting or building a room to transmit power was “a difficult question," he said.

"We are planning to explore approaches for building these systems using standard building construction techniques. We also may be able to paint conductors on the walls to make the system if excellent conductive paint is developed in the future,” Sasatani told El Reg. 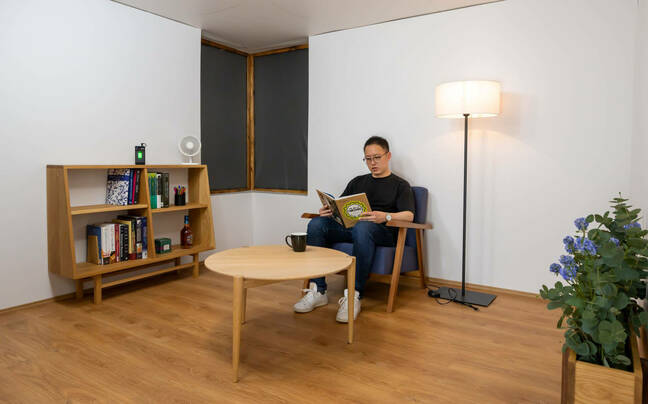 Meanwhile, it is reassuring to know the researchers looked at how much power could be absorbed by a person in the room when the system is powering devices. They found the results fall well within guidelines set out by the Federal Communications Commission and the Institute of Electrical and Electronics Engineers. ®