Why we abandoned open source: LiveCode CEO on retreat despite successful kickstarter

Interview An easy to use programming language that was made open source in 2014 after a successful crowdfunding campaign is going back to closed source after too many customers switched to using it for free.

LiveCode Community, open source under the GPLv3, was archived on GitHub and future development will be closed source.

In the official announcement, LiveCode CEO Kevin Miller says: "99 per cent of the work on LiveCode is done by our in-house team. With a large section of the LiveCode community using the free open source edition, the cost of maintaining this vs the reward for doing so is not a balanced equation."

I don't think you can say that after eight years we didn't give it our best shot. And that code is still out there if people want to use it 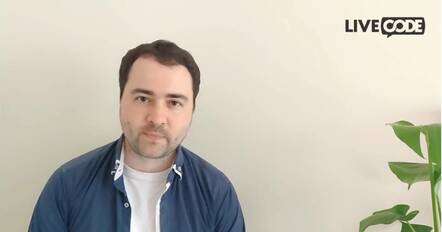 "We've been taking a close look at the LiveCode business model," adds Miller. "We've been an open source platform for round about eight years … we've seen user base grow consistently during that period and some of you have even made contributions to the platform. However a lot of our user base has moved to using the open source edition… unfortunately that leaves us in a position where we don't have the level of resources that we need to take the platform forward."

Miller says that "if you are an open source user and you truly cannot afford the licence, please get in touch and we will sort you out."

LiveCode is a rapid application development environment originally inspired by HyperCard, a scripting environment for the Mac back in the eighties and nineties.

The company has had considerable impact in computer science education in Scotland, and in its 2013 kickstarter noted that "almost a quarter of secondary schools in Scotland are now teaching with LiveCode."

LiveCode creates applications that run on Windows, Mac, Linux (including Raspberry Pi), iOS, Android, and web. LiveCode syntax is English-like, and the company argues that "every semicolon or bracket required by a language introduces another potential source of error."

In 2013 RunRev launched a Kickstarter crowdfunding project to fund making LiveCode open source. "Our vision is that this new next-generation LiveCode will be free and open source. It will run on every popular platform and device. It will let you write programs in English. And by being open, its English language programming will be extensible to any computing problem out there. That's a world first," said the blurb.

Why does open source work for some platforms but not for LiveCode? "LiveCode is focused on being very easy to use," Miller tells The Reg. "The idea is that you're writing your apps in a language that's as close to English as possible… you're not going into the nitty gritty details of memory management and the things associated with a lower-level language.

"The open source project, the LiveCode engine itself, is written in C/C++ so it is that lower-level language which is the very thing that a lot of our user base is trying to avoid."

This meant a mis-match between the users and those with the ability to contribute. There were some C++ developers in the community, said Miller, but "there weren't enough of those."

Miller tells us that while the Kickstarter funding was significant, it was not enough to sustain the project. "It wasn't anywhere near our annual revenue even in that one Kickstarter campaign," he says.

He feels that "I don't think you can say that after eight years we didn't give it our best shot. And that code is still out there if people want to use it."

Were any of those original funders disappointed now to lose what they sponsored? "There's been some people that have been disappointed," he says.

"At the same time, there's a lot of people who use the platform commercially who are keen to see us take it forward a bit faster."

He also tells The Reg that the funding was less than it first appeared, since much of it was from those using the platform commercially who got a licence in return for their pledge.

Is he concerned that a fork might appear? "There has been a suggestion, and if it happens, that's fine, but I think that for all the reasons that it didn't happen during that eight years, it would be a bit odd if it suddenly happened now."

According to Miller, "we're just trying to make this really affordable." Open source has won Live Code a larger user base, some of whom may now drift away, but this is a small company unlike other larger-scale cases we have seen where formerly open source projects have changed their licences and terms. ®