Google's newest transatlantic subsea cable has finally been hauled ashore in Cornwall, more than a year after the megacorp revealed plans to connect the UK and US.

The arrival of the Grace Hopper cable – named after the computer science pioneer – brings the 16-fibre pair (32 fibres) Google-funded cable to Bude on the picturesque northern coast of Cornwall.

Once all plumbed in, the cable is expected to be able to carry around 340Tbps of capacity – that's about the same as 17.5 million people streaming 4K videos all at the same time.

Those behind the project claim the investment was necessary due to the increased capacity on network infrastructure and to power Google's ever-growing services.

In a blog posted to mark Grace Hopper's arrival, the firm said: "Grace Hopper represents a new generation of trans-Atlantic cable coming to the UK shores and is one of the first new cables to connect the US and the UK since 2003. Grace Hopper will connect the UK to help meet the rapidly growing demand for high-bandwidth connectivity and services." 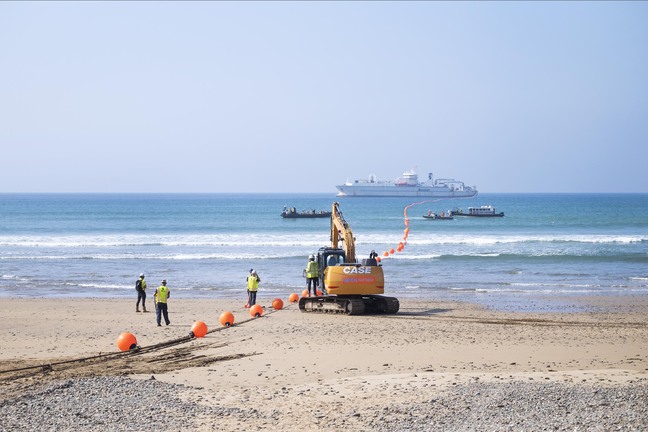 The cable line is marked out by buoys (click to enlarge) 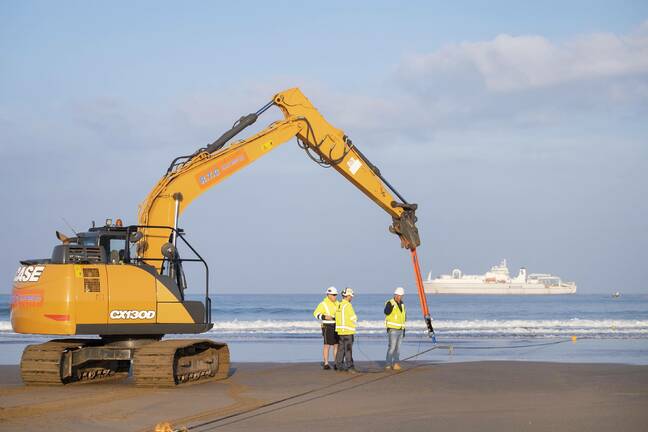 The excavator gingerly lifts up the cable line (click to enlarge)

Of added interest to cable enthusiasts is news that the Grace Hopper cable was split mid-ocean – with one half diverted to Bilbao in Spain where it reached landfall earlier this month and the other to Bude. 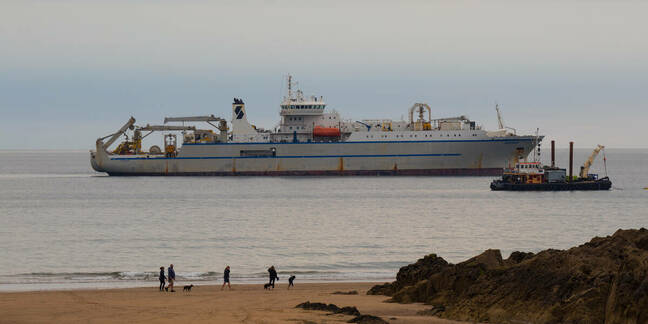 A cable-laying ship, with support vessel, pictured back in July 2021, near Crooklets Beach, waiting to complete the undersea cable Grace Hopper project (click to enlarge)