Remember when a games developer could be one guy with a ZX Spectrum?

We like a bit of digital archaeology at Vulture Central so we were delighted to learn that retro-computing enthusiasts at Swindon's Museum of Computing have found games by Dymond Software that were once thought lost.

The games, for ZX81 and ZX Spectrum, were published in the early 1980s by Dumfriesshire-based Dymond Software, a family-run enterprise with Roger Dymond behind the rubber keys of Sinclair's hardware.

As with many of us, Dymond started out with a ZX81 and was soon churning out software for the plastic slab, even as he waited for his shiny new ZX Spectrum to arrive. Compared to the '81, the Spectrum was a revelation. Dymond was quick to put the capabilities of the machine to work with his 1982 game, Roulette.

Although the graphics on show would not test the hardware of today, it is a reminder of simpler times, with an animated row of numbers standing in for the spinning roulette wheel. It is also surprisingly addictive.

Other games followed, in what museum volunteer Keith Mortimer reckoned were a combination of BASIC and machine code (the latter taking care of speed-critical elements).

One notable game was a Space Invaders clone, Dymonoids, as well as a ZX81 version of Dymond's game compendium. The former is a good deal more arcade-like than Dymond's other games, a nod to the pace of software evolution at the time and a hint at what might have been had Dymond progressed. 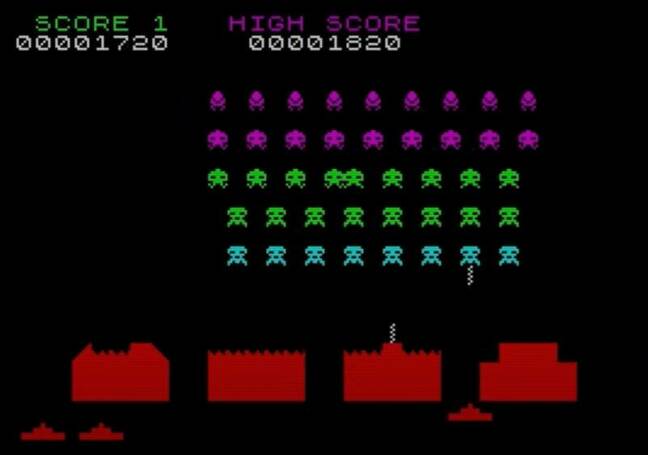 The latter is altogether more intriguing and was recovered by Mortimer from the original WHSmith C15 audio cassette (and thought to be the only copy still in existence). Readers will be unsurprised to learn that the nearly four decades since the cassette graced the shelves of the British retailer had not been kind, and some restoration (including the replacement of the cassette shell and spools) was needed before the games could be fired up. But fire up they did, on a ZX81 emulator, resembling their ZX Spectrum counterparts except without the flashy bitmapped graphics and colour.

Dymond's story as a ZX Spectrum developer appears to end with a final advert in the 1983 edition of Sinclair User as larger games companies edged smaller developers out of the market. Dymond himself went back to college, collecting IT qualifications and working in support for IT issues at Dumfriesshire schools before his death in 1999.

The games, documented by Mortimer in his YouTube channel and available for download on a suitable emulator, give an insight into the era, almost 40 years ago, when it was possible to create a niche for oneself at the start of the computing wave.

As for Mortimer, he is a volunteer at the Museum of Computing in Swindon. Like other museums around the country, the institution was forced to close its doors when the lockdown hit. The opportunity was taken to improve the museum and it was during a sort-out of the software archive that Dymond's games were found. 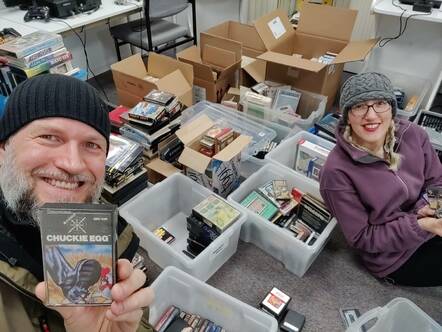 Sorting through the software archives

The museum, which is well worth a visit if one is in the area, had a "soft" reopening on 10 July 2021, and Mortimer told us that numbers were up on the pre-COVID era. Visitors are asked to mask up and the volunteer staff regularly clean the hands-on computers. ®