Flatpak-only app store, two-finger swiping for screen-fondlers... but it's not for the fiddlers

Review The elementary OS team recently released its first major update in nearly three years, elementary OS 6, or "Odin" as this release is known. Odin is based on Ubuntu 20.04 LTS, and as you would imagine for an update three years in the making, brings a slew of changes. 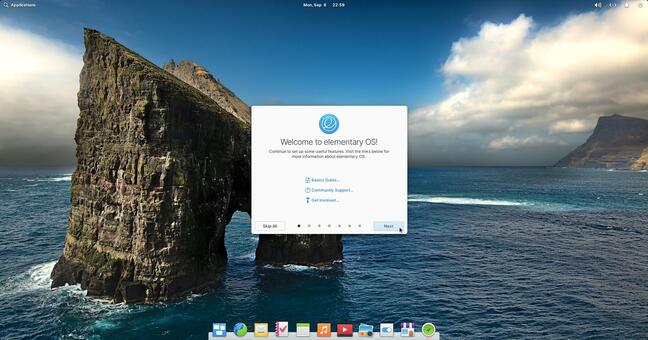 This reviewer generally recommends that newcomers test the Linux waters with either Ubuntu Mate or elementary OS, depending on whether the person is coming from Windows or macOS. Ubuntu Mate offers a user experience similar to Windows, while elementary OS has long had a very macOS "feel" to it. That tradition continues with elementary OS 6, and I still think it makes a great distro for anyone moving from macOS to Linux.

In terms of choice and flexbility, elementary provides enough to be useful but not so much that someone accustomed to a tightly controlled operating system will be overwhelmed.

That said, elementary OS is what I like to call an opinionated distro. Its developers have a particular vision of what the operating system should be. So long as that vision aligns with what you want from your OS, elementary OS provides one of the best all-around Linux desktops available today.

The download page does a really nice job of making it simple to download it via torrent, which is a small, but very welcome touch every distro should copy. Why should I have to go hunting around for an entirely separate page (as you do on most distro websites) just because I want to download via torrent? elementary OS shows the right way to do it – put a little icon next to the download button, if you know what it is, you click, if you don't, you can ignore it and download via the browser. That's the kind of attention to detail that elementary OS is so good at. And the torrent download is especially nice for elementary OS, since the install disc weighs in at 2.3 gigabytes.

Once you've made your way through the installation experience, far too many Linux distros dump the user in the new desktop without providing much guidance or clue of what to do next. elementary does a nice job of walking the new user through things like setting up online accounts for mail and calendars, how to get applications from elementary's App Center, and also points out new features like "accent colors" and a dark mode, which can be enabled on a timer. The walkthrough also offers a quick link to open system preferences for further settings and customization. 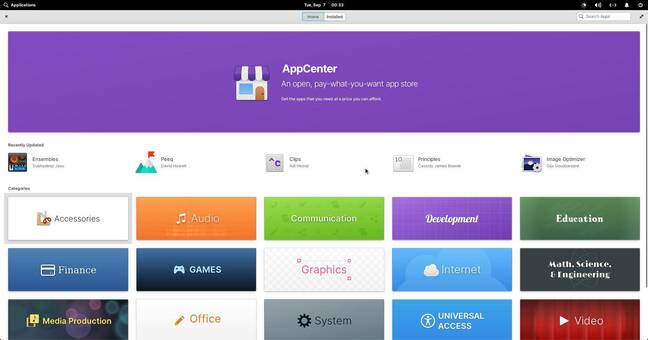 While GNOME offers some similar first-run guidance, elementary OS's is particularly well done and provides a nice level of hand-holding for beginners.

Odin brings elementary OS's internals up to speed with the latest Ubuntu Long Term Support release, Ubuntu 20.04. While that feels a little out of date at this point, that's the nature of LTS releases and the distros that build off them. There's one element worth noting though, that's good news for elementary OS users – there's now support for firmware updates via the Linux Vendor Firmware Service.

Dell, Lenovo, HP, Intel, Logitech, Wacom, and others all now offer firmware updates for Linux. In elementary OS you can find the new option in system settings under the Firmware section of the System tab. Alternately, you can do what I do to find anything in elementary OS, just search via the Applications Menu in the upper left corner.

Even if the base it builds on is more mature, much of the look and user experience in Odin is brand new.

One of the bigger changes in elementary OS 6 is that the AppCenter now only lists applications made for elementary OS and packaged as Flatpaks. As you would expect, this makes for a pretty small collection of applications.

Two things somewhat mitigate this lack of apps. First, elementary OS ships with all the basics most people are going to need, eg Mail, Calendar, Web, Photos, Videos, Music, and so on. The second solution is that if you search for an application and nothing turns up, the AppCenter provides a link to Flathub, which will have most things you'd want, for example, Gimp, Darktable, and Raw Therapee if you'd like to do more with your photos than what elementary's Photo app offers.

The problem with this is pretty obvious: massive added complexity for new users. It's just about the complete opposite of the new user friendliness of the introduction and setup process. For seasoned Linux users, this is not a problem (and you can always drop into the terminal and install anything you want via apt), but it's definitely a headache for Linux newbies – maybe call it a learning experience; Linux does require some self-initiative after all.

That said, I still think elementary OS is on the right track here. I think a Flatpak-only app store is the future, but emphasis there is on future. It's just not quite here yet.

I spent the last three months trying to use only Flatpaks in Debian 11 and it has been rough around the edges. There are UI issues, some apps fail to pick up (or just don't offer). I've also been bitten by sandboxing issues with two different audio editors, which were difficult to integrate with system audio tools.

Flatpaks are a win for security, for ease of installation, and for getting updates, but they have yet to achieve critical mass in my opinion. While I applaud the elementary OS developers for stepping up and pushing forward, to get what I wanted in Odin I pulled up the terminal and used apt (along with, gasp, some PPAs) to install what I wanted and get it all working smoothly. All that said, I continue to find elementary OS compelling precisely because it's pushing the boundaries in the app space and, yes, the AppCenter continues to provide the best tools for paying developers for their work.

I should also note that while this worked without a hitch when I installed elementary OS on my Dell XPS, it did not work in a virtual machine. There's some gesture customisation possible in the settings – you can add four-finger gestures or turn everything off – but the number of actions you can assign to a gesture is limited. Hopefully this will be expanded going forward. 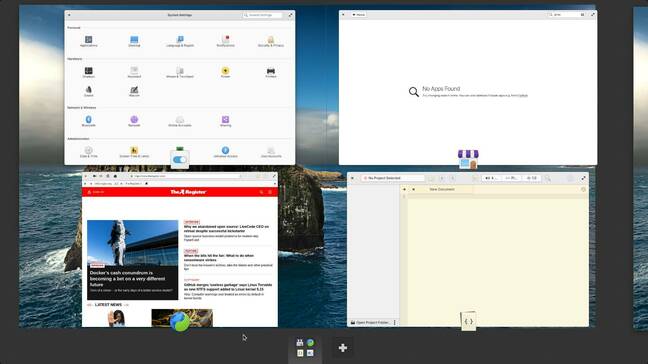 There is a good bit of gesture support in the various apps that come with elementary OS. Two-finger swiping in particular is widely supported. You can use a two-fingered swipe to page through months in the calendar, for example, or to dismiss notifications when they pop up. Web, elementary OS's default web browser, also supports swiping to go back in browsing history, as do some other included apps.

Other new features in this release include a new Tasks app for keeping track of your to-do list, a new system font (which looks very nice), and some more accessibility features, an area many distros neglect. You can see a full list of implemented accessibility bug fixes and features, along with more planned improvements, on [Github](https://github.com/orgs/elementary/projects/35).

Is Elementary OS Right For You?

Elementary OS is one of my favourite distros to review because it always brings interesting new ideas to the Linux desktop. It's a very opinionated distro and not for everyone, but so long as the elementary vision aligns with your own, I think it's one of the nicest, most polished distros around.

The key is aligning visions. If you like to endlessly tweak and customize your desktop experience, this is not the distro for you. Technically there is a "tweak" tool, similar to Gnome Tweaks, which allows you to do things like add a minimise button to elementary OS's windows and make other changes. That's helpful if there's just one or two things that are stopping you from loving elementary OS, but it's not going to make customising everything viable.

If, on the other hand, you just want a clean, attractive desktop that you don't have to fiddle with, offers most of the basic applications you need out of the box, and can be a set-it-and-forget it system, elementary OS Odin is an excellent choice. ®

Not complete yet, but getting closer to welcoming Mac migrants and systemd scorners
OSes31 Jan 2023 | 58