Clegg on its face: Facebook turns to former UK deputy PM to fend off damaging headlines

Plus: US lawmakers get 'in touch with Facebook whistleblower'

Facebook has hit back at a series of reports in the Wall Street Journal as it tries to counter a week of damaging headlines which lifted the lid on the inner workings of the social media biz.

The WSJ alleged Facebook Inc knows, "in acute detail, that its platforms are riddled with flaws that cause harm, often in ways only the company fully understands."

Its investigation included articles claiming that researchers inside Facebook-owned Instagram had found the photo-sharing platform was harmful to a "sizable percentage" of young people, especially teenage girls, but "played down the app's negative effects."

Elsewhere, the paper quoted insiders as claiming a change to Facebook's algorithm in 2018 - designed to improve the platform by building on people's relationships with family and friends - had the opposite effect.

Another WSJ accusation in the series pointed to instances where staff had reported concerns about human trafficking and incitement to violence, and contained claims the company's response had been "in many instances…inadequate or nothing at all."

Plus, there are revelations of a programme – called “cross check” or “XCheck” – that shines a light on a “secret elite that’s exempt” from many of the platform’s rules that have to be obeyed by ordinary people.

In its introduction to its explosive series of files, the WSJ said: “The documents offer perhaps the clearest picture thus far of how broadly Facebook’s problems are known inside the company, up to the chief executive himself.”

Now, the social media giant has hit back, claiming that while it is “absolutely legitimate for us to be held to account,” the stories contained “deliberate mischaracterizations of what we are trying to do, and conferred egregiously false motives to Facebook’s leadership and employees.” 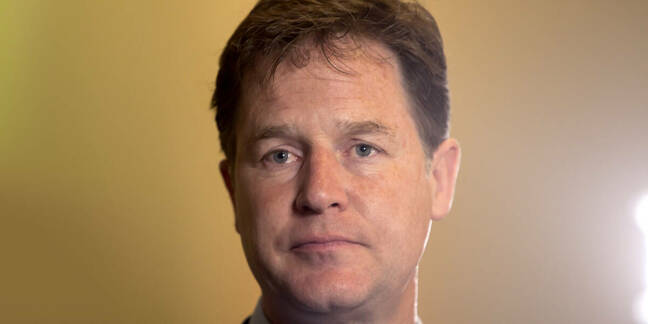 Coming to its defence was former UK Liberal Democrat leader Nick Clegg, who became the country's deputy prime minister in 2010 after his party accepted a coalition deal with the Conservatives. While in the coalition, Clegg backed both spending cuts and a rise in further education tuition fees (which he'd formerly been against while in an opposition government), setting off a big drop in left-wing Lib Dem members and voters. He resigned after the 2015 general election and became a lobbyist and PR man for Facebook just over three years later.

Writing in the company’s blog over the weekend, Clegg, whose job title at Facebook is vice president of Global Affairs, wrote: “At the heart of this series is an allegation that is just plain false: that Facebook conducts research and then systematically and willfully ignores it if the findings are inconvenient for the company.

“This impugns the motives and hard work of thousands of researchers, policy experts and engineers at Facebook who strive to improve the quality of our products, and to understand their wider (positive and negative) impact.

“It’s a claim which could only be made by cherry-picking selective quotes from individual pieces of leaked material in a way that presents complex and nuanced issues as if there is only ever one right answer,” he wrote.

“We take it seriously, and we don’t shy away from scrutiny and criticism,” he said.

Last week, the US Senate's Commerce, Science, and Transportation Subcommittee on Consumer Protection, Product Safety, and Data Security reacted quickly to the reports, announcing it would take a further look at concerns regarding the social media platform.

In a strongly worded statement, US senators Richard Blumenthal (D) and Marsha Blackburn (R), Chair and Ranking Member of the Committee, said: “It is clear that Facebook is incapable of holding itself accountable."

They added: “The Wall Street Journal’s reporting reveals Facebook’s leadership to be focused on a growth-at-all-costs mindset that valued profits over the health and lives of children and teens.

“We are in touch with a Facebook whistleblower and will use every resource at our disposal to investigate what Facebook knew and when they knew it – including seeking further documents and pursuing witness testimony. The Wall Street Journal’s blockbuster reporting may only be the tip of the iceberg.”

Their comments follow months of public scrutiny about the potential damage social media can have on the wellbeing of young people.

In the UK, there’s little doubt the events in the US will be watched with interest. Nadine Dorries, the new minister in charge of the Department for Digital, Culture, Media and Sport (DCMS), wrote recently about her concerns about the pressures young people face from social media.

Meanwhile John Edwards, the incoming head of the UK's data watchdog, has "gone on the record" to say he will be fair and impartial in his dealings with tech companies despite once describing Facebook as "morally bankrupt pathological liars." ®