Boatnotes II How do you safely navigate a warship to within a few yards of a planned track? And how do you do that without GPS giving you a precise position readout? The Register has joined the Royal Navy to find out.

This week we are exclusively reporting from aboard HMS Severn, the warship hosting the Navy's Fleet Navigation Officer (FNO) course.

The FNO course takes naval officers who have passed the navy's first-stage navigation qualification, Preliminary Navigating Officer, and qualifies those people to navigate larger ships of frigate/destroyer size. It also teaches them to do it in the absence of GPS, falling back on age-old skills that would have been familiar to sailors in the early 20th century.

Although the course uses IT (the Warship Electronic Chart Display Information System, or WECDIS), the student navigators don't get the luxury of instant and precise position updates from GPS. The emphasis is on old-fashioned mathematics, with the ship's position calculated to within yards.

Under "pilotage" rules (visual identification of landmarks or navigation buoys while close to shore), the ship's navigator must keep away from the Limiting Danger Line, a navigational term for the point at which it becomes unsafe for the ship to go any closer to shore in case she runs aground.

Each twist and turn of the journey from port to open sea (referred to as "legs") is meticulously planned in detail, from speeds to rudder angles to turning points, right down to the amount of "squat" the ship has for a given speed – which influences her depth below the waterline. 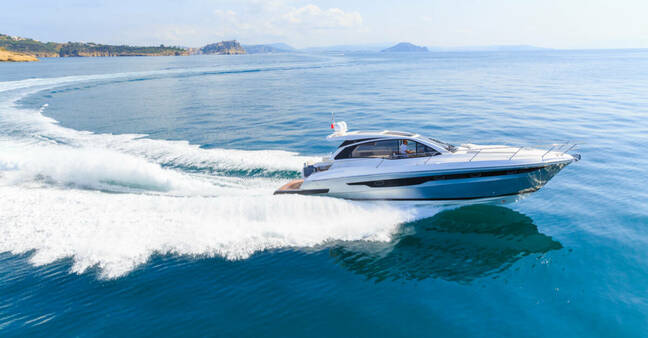 'Squat' is the amount by which the ship's stern sinks under speed. The faster you go, the more squat you have

"We don't use paper charts at all," Severn's captain, Commander Philip Harper, told your correspondent. Although a paper backup seems like a great idea, he continued, there are two main reasons why the Royal Navy no longer uses them: "One, we've never lost everything," said the captain, referring to the nightmare scenario of all WECDIS terminals simultaneously crashing or corrupting. "Two, we no longer have the skills to operate a paper chart."

We're a digital navy nowadays. We don't spend time and money maintaining skills we no longer use.

A wry smile crossing his face, Cdr Harper explained that working a paper chart "takes a lot of time and is always wrong."

If you fix the ship's position by taking, say, three bearings from shore landmarks, there will always be an error introduced by the time it takes to physically convey the bearing from the gyro-compass to the chart. Seconds count in a navy that prides itself on precision to within yards.

Calculating the ship's position on paper while simultaneously allowing for that ever-growing margin of error is a very perishable skill. Without WECDIS doing the sums in the background it all becomes rather tricky, we're told. There are some simple rules of thumb – for example, one degree is equal to 35yds at 1nm, so if you're off-course by a single degree you know how far left or right of track you've gone.

This morning Severn left HM Naval Base Portsmouth for the week-long course. After a 6am start the ship's company had carried out their Standard Operating Checks, ensuring all equipment and machinery was in running order. After a thorough briefing from one of the junior officers in the ship's charthouse, we were "off the wall" ahead of schedule, heading south under an increasingly warm and sunny sky.

The Register will continue reporting from HMS Severn during this week. ®

As your correspondent finished writing this article in the wardroom, a voice piped up. "We should play UNO!"

This is an operation of vital importance to the running of the ship, played with the utmost integrity in accordance with a set of clear and comprehensive rules (or perhaps not). Severn's wardroom picks one officer a day to do the washing-up; UNO is the method by which the victim is selected.

"We once played for two hours to decide who'd wash three plates," one officer gravely intoned.