The Macmillan Cancer Support charity has rocked the normally sedate and comfortable world of Britain's biscuit lovers to its very core by publishing a list of the country's favourite biscuits which includes a foodstuff that is very clearly a breakfast cereal. 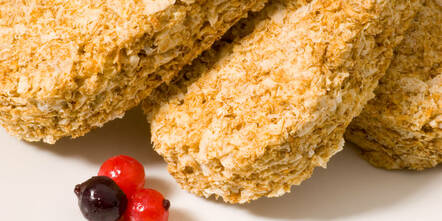 The cake is a lie: Don't be fooled by the "bix" bit

The list grades popular biscuit types into four ranks according to their perceived popularity and general excellence, starting with the top rank, described by Macmillan's biscuit graders as "OG" (short for "Original Gangster" for anyone of advanced years for whom biscuits are more of a support mechanism than a treat.)

These elite biscuits are then followed by three other grades in descending order: "First Class", "Average Joe" and "Bottom of the Barrel" respectively. 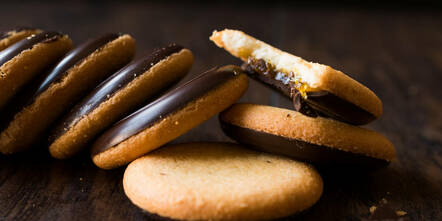 Another not-a-biscuit: the Jaffa cake

This year's Macmillan list makes some extremely bold, some might say foolhardy, choices with regards to rankings. While the four "OG" grade biscuits – chocolate fingers, shortbread, Bourbons and cookies – are undoubtedly classics of the genre, having them all in the very top division of cuppa-side snacks will be controversial. 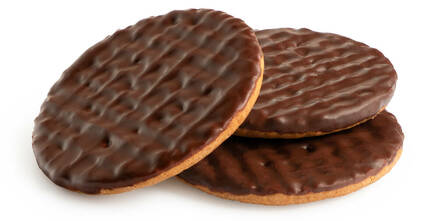 King of biscuits: the chocolate digestive

Many readers might dispute the inclusion of cookies in the list at all, since according to the official "Jaffa Cake" test – used by a tribunal adjudicator in a case brought by the former Customs and Excise department of the UK government to decide which VAT rating should be applied to the orangey treat – proper cookies go hard like a cake when they go stale, rather than going soft like stale biscuits. (More on the fate of Jaffa Cakes in the list later.)

These choices will be especially difficult to support when compared with the occupants of the second grade, which are confusingly described as "First Class". These four biscuits – chocolate digestives, party rings, madeleines, and the perennially underrated fig roll – are all certainly contenders. But surely only a fool would rate the Bourbon, a tasty but still basically generic, own-brand type, over the Rolls Royce of beverage accompaniments that is the chocolate digestive: the biscuit against which all others are judged? 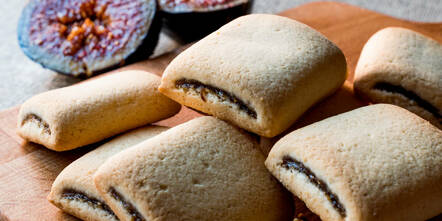 Party rings are also punching somewhat above their weight here, given they are for the most part a sticky tablet designed to induce and sustain hyperactivity in children and line the pockets of Big Dental.

However, it is the bottom half of the draw which will create the most controversy, possibly to the point where pitched battles will be fought in the streets of Britain's major cities and across its verdant countryside between different warring biscuit factions. 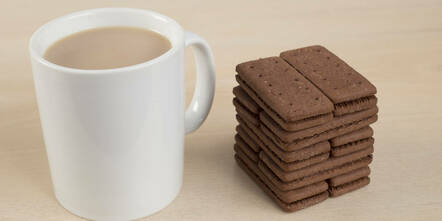 Basic bourbons with some understewed tea

To begin with, Macmillan's third rank of "Average Joe" biscuits contains the aforementioned Jaffa Cake, which is not strictly speaking a biscuit at all (as the UK tax authorities have tested in court). And even if it were, it should not be languishing among this level, what with it being a triumph of flavour and texture combinations.

The third division also contains the Garibaldi, a much-maligned but thoroughly decent biscuit probably not helped by the fact that they go stale quickly, which often obscures their undeniably fruity, chewy qualities.

The third member of this group is the Rich Tea, a baffling foodstuff that barely qualifies as a biscuit and should really be considered as a cross between a cracker and the hardtack used as shipboard rations during the age of sail, albeit hopefully without the weevils.

It is at this point that we must ask whether the good people at Macmillan Cancer Support have taken leave of their senses. All of the previous classifications and their associated debates – are cookies biscuits? Should chocolate digestives be above Bourbons? Are Rich Teas more of a punishment for poorly behaved children than a treat? – should be considered real and honest questions which can be chewed over good-naturedly during a break with your friends and colleagues. 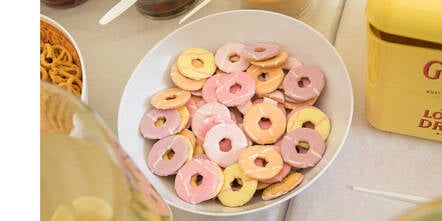 However, we at The Register are going to draw a line in the sand here and say that Weetabix, the final denizen of this group, is not a biscuit under any circumstances. Yes, we know that they are confusingly described as "biscuits" on the box. But they are only biscuits in the same way that traffic cones and ice cream cones are similar.

On the box, the product is described as a "whole wheat cereal with added vitamins & iron." The biscuit is a serving portion, not a description of the product and therefore Weetabix should be unceremoniously hoiked out of the results and tossed in with the breakfast products where it belongs.

Weetabix have obviously tried to play up to their unexpected promotion to treat parity with the Madeleine, but no amount of gifs showing people working while dunking Weetabix in their cups of tea are going to change the fact that they are not biscuits.

Macmillan's final ranking is "Bottom of the Barrel" and this more than anything goes to show that there really isn't such a thing as a bad biscuit (apart from the Rich Tea), including as it does the classic Custard Cream, the feisty Ginger Nut, the irrepressible Jammie Dodger and the ostentatiously extrovert Pink Wafer. None of these are bad biscuits, yet they have been reduced to the bottom of the pile presumably by their generic nature and simplicity, in comparison to more modern, more luscious and often more chocolatey biscuit incarnations.

We have written to Macmillan Cancer Support to ask them to explain themselves, and how much Weetabix donated in order to appear on the list, but we have yet to receive a response. We will update the story if and when a reply comes in.

The World's Biggest Coffee Morning, Macmillan's annual fundraising event in which people are given the opportunity to enjoy coffee, cake, biscuits and a nice chat in aid of charity, is taking place this year on Friday 24 September and the event site, including details on how to get involved, can be found here. ®

In the virtual corporate world, slackers have nowhere to hide
SaaS2 Feb 2023 | 7

Surely this is the trick to profitability
Software2 Feb 2023 | 15