GNOME 41: Slick with heaps of new features for users and devs – but annoyances remain

The GNOME Foundation has released GNOME 41 - six months after GNOME 40, which was the first to be based on the GTK4 toolkit.

Although GNOME 41 is out, it will take time before the various distros support it and even longer before it turns up as a default desktop environment.

We used a pre-release of Fedora 35 (full release expected next month) and updated it to the latest available GNOME 41.

The headline changes begin with an improved power mode, with access from the system status menu and the ability for applications (such as games) to request a particular power mode for full performance.

The utility for discovering and installing applications, imaginatively called Software, has been redesigned with more categories, revamped information tiles, and bigger screenshots. The team also claimed that "there have been many fixes and improvements under the hood, which make the experience faster and more reliable." 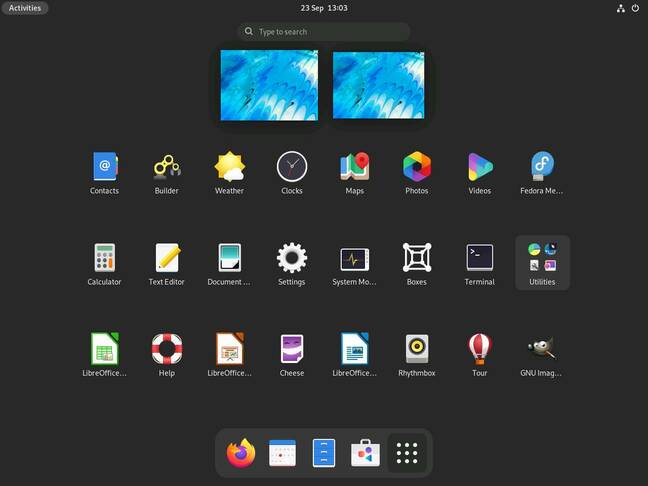 A new multitasking settings panel offers more fine-grained control of how workspaces (desktops) behave. Users can manage settings for the number of workspaces, whether app switching with Super+Tab switches between all applications or just those in the current workspace, and whether workspaces span multiple displays. The Super key is the Windows key on PC keyboards. 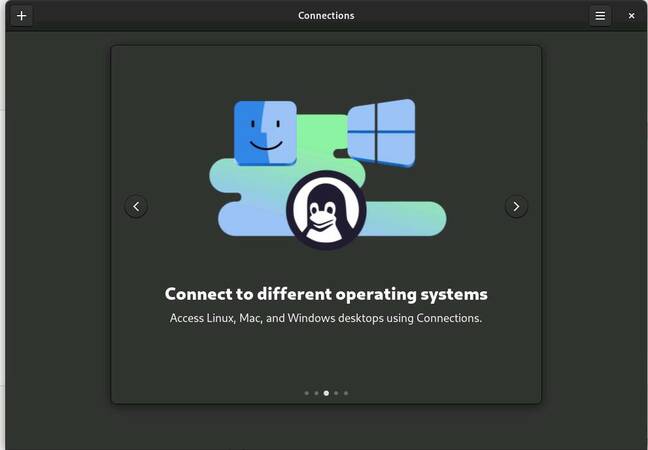 Connections seems promising but did not work for us

GNOME 41 comes with a new remote desktop app called Connections, which supports both the Windows RDP protocol and VNC for connection to Linux and macOS. Connections seems like a great idea, but unfortunately it refused to connect to our Mac over VNC and subsequently crashed on opening – though this was pre-release Fedora 35.

Under the covers, GNOME 41 is claimed to have efficiency improvements when using the Wayland display server, and we are promised more reliable multitouch gestures. There is a new default for the OpenGL renderer called NGL and "a major code cleanup" in the Mutter window manager. 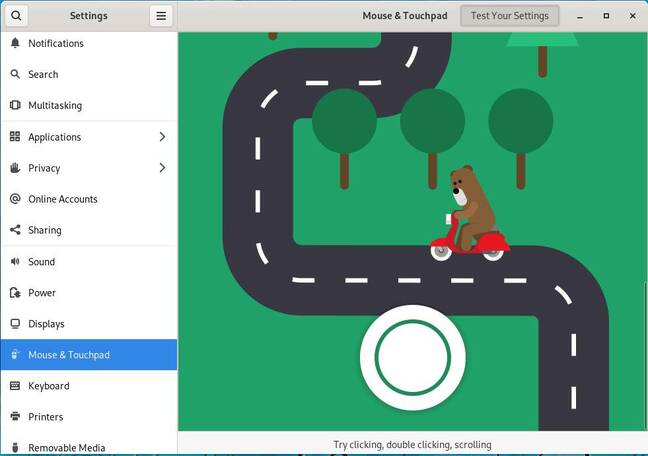 Other improvements include the ability to create encrypted .ZIP archives in the Files file manager, .ics import in Calendar (important for automatic addition of calendar entries), and performance improvements in the GNOME Web browser.

Developers benefit from a new documentation site, new human interface guidelines, updates to the Builder IDE including the ability to build and run CMake projects (though the Meson build system is recommended), and better Flatpak support. There are also a bunch of enhancements and clean-up for the libadwaita library, used for GTK 4 development, and improved Rust support.

Rust developers benefit from a new but incomplete book on GUI development with Rust and GTK 4.

Judging by our quick Fedora 35 hands-on, GNOME 41 is slicker and more complete than before. In the Activities manager, search works well to find an application or setting and has some intelligence: for example, a search for "paint" finds GIMP, Blender and Pinta. 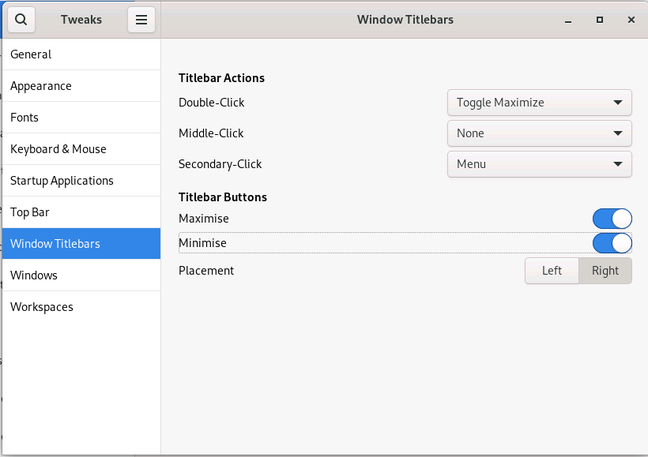 There are some puzzles, though. One of these is why the GNOME team is averse to having minimize and maximise icons on window titlebars. We could not find a setting for this in the updates Settings utility, but fortunately the older GNOME Tweaks offers it, and this worked, to our relief.

It is free and open source, so in the event of problems such as the ones we experienced with Connections, it is easy to raise an issue in the GitLab repository or, for those with suitable skills, to dive into the code. ®