Boatnotes II As HMS Severn continues hosting the Royal Navy's Fleet Navigating Officer's course, The Register has taken a closer look at the precision demanded of naval officers conning their ships in and out of one of the most cramped ports where the Navy routinely operates.

Entering and leaving Plymouth, home to Devonport naval base, is a tricky operation under naval rules as we observed. 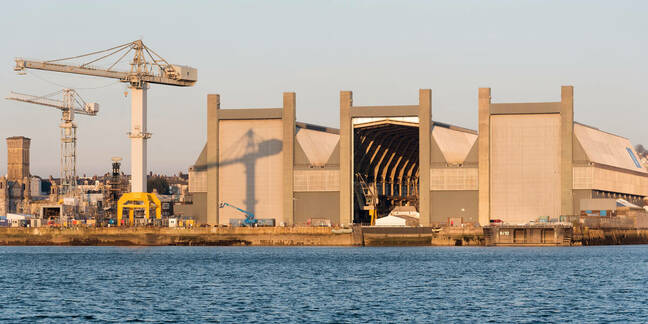 "Nobody in their right mind would build a naval base here today," quipped one officer. The entrance to Devonport consists of a long and winding route to follow the marked deep water channel. Although Severn isn't the largest of ships in the fleet by a long way, she still followed every twist and turn of the channel on the way up. 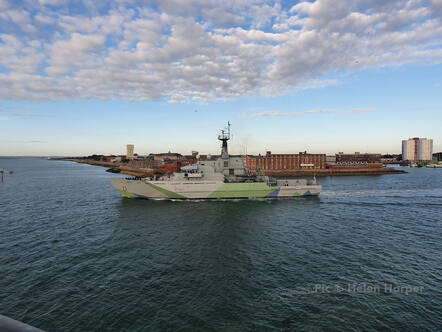 Each student navigated the ship along one precisely-planned leg, either entering the port or leaving it; as a training ship, Severn does this several times a day. Precision is the order of the day: whereas a civilian sailor might bring their ship into port by glancing at navigation buoys and steering as required so they don't bump into anything, the Royal Navy plans every single turn and straight leg and speed with military precision. 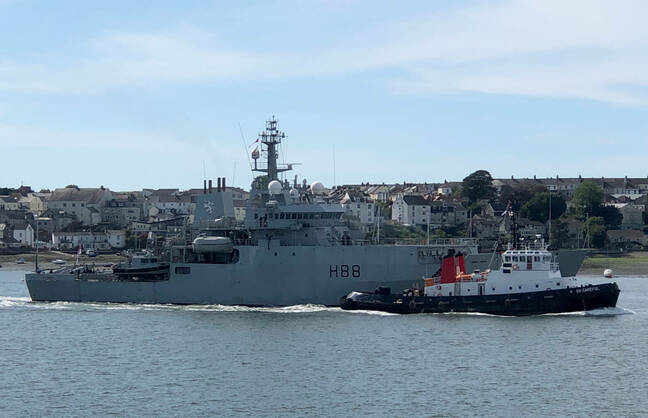 An old friend of The Register passed Severn as she left Portsmouth: HMS Enterprise, which hosted the original Boatnotes series from the Arctic Circle (click to enlarge)

"It's about building the skillset," one of the FNO course instructors told your correspondent. "Yes, we as the Navy do this [entering and leaving Plymouth] countless times during our careers but planning the pilotage means that when we're entering a new port, the skills are there to get it precisely right first time." 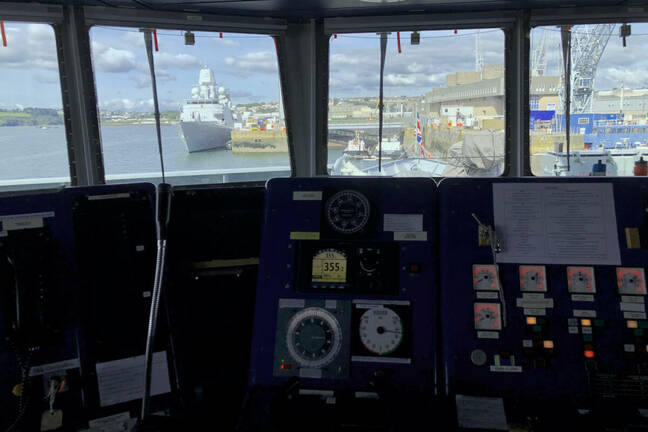 The quartermaster's position on the bridge, where the ship is driven from. Note the two levers for the main propulsion, the bow thruster lever - and the steering wheel! (click to enlarge) Pic: Gareth Corfield

During one practice run into Devonport naval base at night we got a flavour of just how much precision the Navy demands.

"Wheelover… port 10," said the trainee navigator from his post at the pelorus, the navigation instrument in the centre of the bridge. 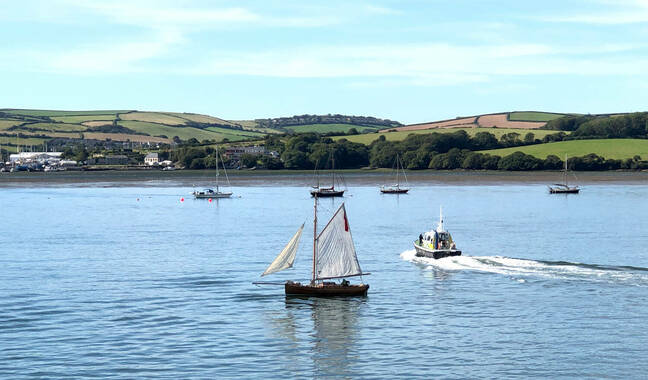 Wheelover is the point on a navigation leg where, as the name suggests, the crew must start turning the wheel to intercept their next leg. Some maths based on ship's speed, rudder angle (Severn's twin rudders can swing up to 35˚ in either direction) and tidal flow tells you where the wheelover point ought to be. 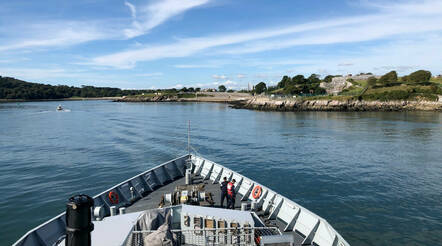 Outside the bridge windows, dark land masses loomed ever larger. Outside on the bridge wing, a crew member called in a bearing from a nearby navigation light. 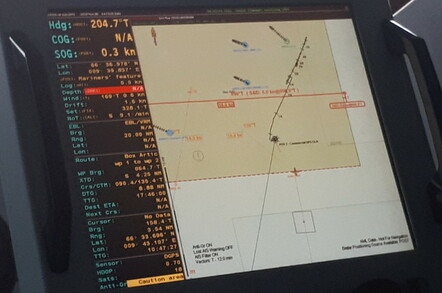 Another navigational technique for fixing your position is comparing your height above the seabed with what the chart says. Just like in hillwalking, if you're passing over a recognisable lump or bump from the chart that gives you another clue about where you are. Combining that with bearings from landmarks above water can be a useful cross-reference.

While the student nav is keeping the ship on track, another student is monitoring the radar. These being British coastal waters there's always a number of pleasure craft and kayakers around. On a daylight run into Plymouth Severn was preceded by a police launch, shooing civilian sailors and paddleboarders out of the warship's path. A less precise operation than the one going on inside the bridge, but necessary all the same. ®