Airbus and the Mexican Space Agency (MSA) have agreed to collaborate on tech to extract resources on the Moon.

The aerospace company will work with MSA and a startup called Dereum Labs to develop "an end-to-end process from regolith identification and capture to extraction of resources".

The three plan to create a "ground demonstration concept" for whatever hardware they determine is needed to "extract oxygen and metal, or to mine water".

Dereum is an – ahem – interesting outfit: the Mexican company plans to launch a pair of rovers to the Moon in 2022, and to fund the expedition with advertising.

But the company's web site and social feeds offer no details on who will launch the rovers. And the company Twitter feed recently featured CAD designs for the rovers, without suggesting the devices' final configuration has been decided or that they've been built. Indeed, images of the rovers posted by Airbus depict an entirely different design. 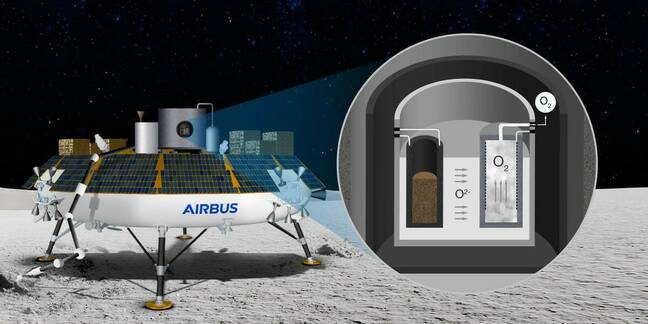 Airbus is much closer to reaching Luna, as its Ariane launchers have proven reliable and it has a strong record building satellites, cargo craft that have reached the International Space Station, and components of the ISS itself. The company is also involved in an ESA project to orbit comms satellites around the Moon.

But no delivery date for the concepts the three entities plan to create has been mentioned.

Airbus and Mexico are not alone in seeking tech to extract resources on the Moon. The Artemis Accords governing NASA’s forthcoming lunar missions include a legal framework to make moon mining permissible, and Japan has signed up to the pact. China has already started surveying the Moon for resources it hopes to use in-situ when its planned lunar base welcomes its first crew in 2030. India’s Chandrayaan-2 moon mission also had resource surveys as one objective ®