Years of development, millions of lines of code, and Android can't even run a toilet

Bork!Bork!Bork! Bork goes NSFM (Not Safe For Mealtimes) today with a snapshot of Android going places where Windows fears to tread: the gentlemen's facilities of a German motorway service station.

Android gets embedded in the most interesting of places. In this case, not-so-smart urinals, judging by the images sent in by Register reader and former Lester Haines collaborator Neil Barnes, who chose to whip out his smartphone and capture Android in the act, so to speak. 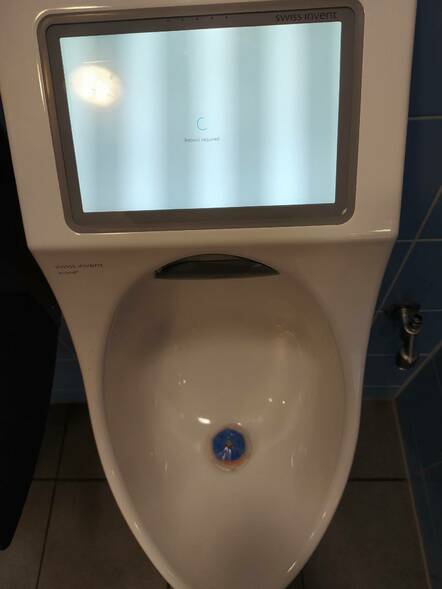 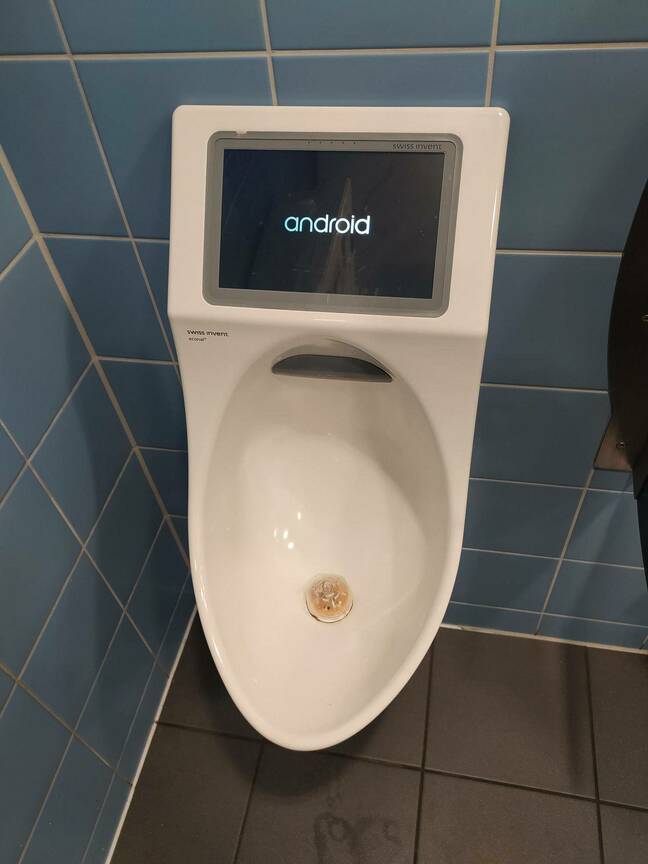 "Proof positive that (a) Google really wants to know everything about you," opined Neil, "and (b) that they're just as good as [Microsoft] at doing it."

We're not so sure – behold Tom's Bloo Screen of Death.

The device itself, known as the "econal", is a technological marvel, apparently capable of a 95 per cent reduction in water consumption compared to what is normally found bolted to the wall. The Internet of Toilets indeed. What a time to be in need of bladder relief.

A pair of dedicated sensors keep track of water flow and fluid level (presumably that of device rather than its user) and the econal can also connect to the internet via cellular or wireless technology to serve up "highly targeted" advertising … when it is actually working.

"Every other urinal was simply displaying a message saying Android was trying to start," remarked Neil. "I mean, I can see why it wouldn't want to …"

We'll step back from the obvious comment regarding aim (and also skip lightly over the distressing stains on the floor) and ponder how that ad targeting works. How would the econal differentiate its customers? Is the sanctity of the stall a place that tracking cookies dare to tread? Or is it as simple as "Hey, have you thought about some new undies?"

Or is the "Android" lettering an indicator that the user has failed an "Are you a robot?" test?

Whatever the issue, it seems that the devices are no stranger to bork. A few years ago the poor thing popped up on Reddit as another user noticed it splutter mid-flow, so to speak. Disappear a little further into the clickhole, and the poor receptacles can be found in all manner of distress.

The world has changed in the two years since, but clearly bork continues to remain supreme in the Internet of Toilets.

The only question is, as a keen Redditor observed: "does it run DOOM?" ®