Also plans remote-controlled robots with fingers and jar-opening capabilities, to help run a moon base

Japanese auto-maker Honda has set its sights on developing its own rockets and running a satellite launch business.

Ambitions for this venture are not grand. The company aspires to launch "small low-Earth orbit satellites" and hopes its efforts allow "at least some of the rocket components to land back on Earth after the launching".

While that's a fair way behind rival private launch companies, Honda thinks it can get there fast because it has experience building engines and controlling combustion, has self-driving car tech to help a rocket understand its surrounds, and nous when it comes to handling fluids and fuels.

The company also wants to demo a "Honda Avatar Robot" by the year 2024. The device will feature a multi-fingered robotic hand that can impart a "realistic sense of handling objects remotely". Honda has already built a 'bot with multiple fingers that proved capable of opening a jar. The Japanese mega-corp's vision is to enable humans to remotely control such 'bots sometime in the 2030s. 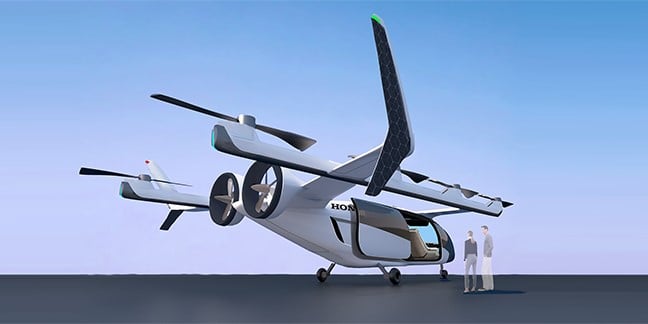 Also on the agenda, together with the Japan Aerospace Exploration Agency (JAXA), is a plan "to build the circulative renewable energy system on the lunar surface by leveraging fuel cell technologies and high differential pressure water electrolysis technologies Honda has amassed to date".

Honda is also pondering remotely controlled robots to roam the lunar surface, some using the multi-fingered tech mentioned above. Research has been under way since February 2021.

Back on Earth, the company is working on an electric vertical take-off and landing (eVTOL) aircraft. Honda already makes business jets and says that experience means it has a gas turbine hybrid power unit it can pop into an eVTOL, and which will give it enough on-board energy to flit between cities, rather than being confined to the shorter journeys battery-powered craft can achieve.

The event at which all of the above was announced was big on vision and billed as showing off Honda's "technology development direction", but was low on deliverables. Some announcements were re-hashes.

Also in Japan, the nation's space agency today cancelled the planned launch of its Epsilon rocket without revealing the cause. The launch was supposed to test a new satellite launching capability.

During the livestream, viewers were treated to a segment featuring a surprise visit from "Special Supporter Gachapin" – a "kid dinosaur" who has been to space before and wants to go again. 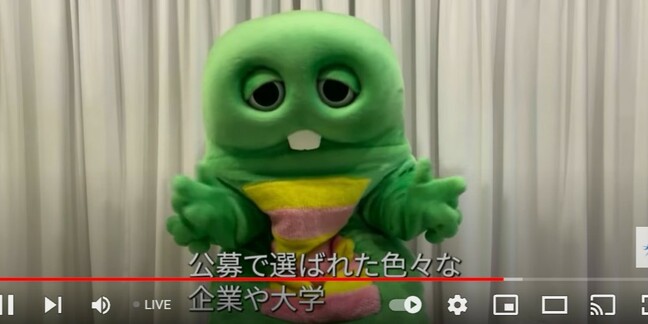 Gachapin debuted at around the 53:15 mark of this video to talk about his relationship with the universe. Japan may be a bit behind in the space technology race, but until SpaceX has its own kid dinosaur the field is wide open. ®