With both Windows 11 and a new generation of Intel silicon upon us, big PC-makers are unveiling this year's models.

So what does Acer have to offer to separate itself from the socially distanced pack? In a sign of the times, the Taiwanese giant has applied antimicrobial coatings to more of its range.

Devices with antimicrobial coatings are usually directed to the healthcare market, where a little extra protection from gadget-borne ick is welcome. Because computers can often be used by many staffers in a shift, it would be unhelpful if a keyboard or mouse were to become a transmission vector for something nasty.

Acer has decided to bring that thinking to gear aimed at mainstream businesses and consumers, by applying a "a silver ion antimicrobial agent" to the high-touch surfaces of its new goodies. Silver ions, Acer advises, "dramatically reduce the growth rate of microbes upon contact". 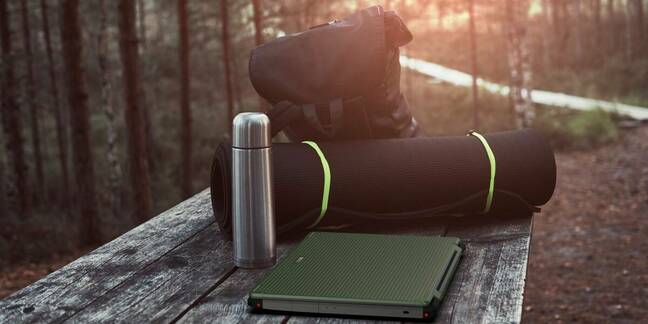 Acer hasn't said why in particular it slapped antimicrobial stuff on more devices. The Register fancies it might have something to do with a certain virus that's proven troublesome in recent times.

The Taiwanese PC titan has, however, warned that its efforts might not protect against that one or … well … any microbes. One caveat on the company's announcement of the new hardware points out that the antimicrobial agents used "do not claim to protect users or provide any direct or implied health-benefit". Another warns would-be buyers "The amount of silver ions may be affected by humidity and temperature". So don't lick them, OK?

If you still fancy an antimicrobial device, Acer's range includes the TravelMate Spin P4, a convertible lappie that packs an 11th-gen Corei7 and up to 1.2TB of SSD.

The Enduro Urban N3 is a ruggedized portable workstation that also packs a new Corei7. Those willing to tolerate Windows in tablet mode can avail themselves of the Enduro Urban T3 10-inch tablet.

Acer has also created a microbe-disrupting monitor, the 23.6-inch VE246Q, plus keyboards and mice with the same powers (disclaimer notwithstanding).

All of the above goes on sale in early 2022, by which time COVID-19 vaccination rates will have hopefully improved around the world, the pandemic Weill cease and Acer can claim credit. Genius.

Also new to Acer’s linuep are more laptops that use recycled plastics; larger Chromebooks — some with 11th-gen Intel silicon; and a refreshed range of ConceptD laptops that cater to content creators by including the GeForce RTX 3080 Laptop GPU, screens starting at 15.6 inches, and software called "Acer SpatialLabs" that can "deliver a glasses-free stereoscopic 3D experience" and render it in real time.

The company's also made a jacket. The "Acer Eco-Shell Protective Jacket" boasts a transparent cover for its hood that "helps prevent aerosol droplets from coming in contact with the wearer's face". Fully 26 per cent of the jacket's fabric is made from recycled coffee grounds, contributing to its cost of US$169.99. ®

No, AI can't tell if you've got COVID-19 by listening to your coughs