Want one? Too late

It seems computers without an Arm or x86 chip are in serious demand in the RISC-V community.

A Raspberry Pi-like small-board computer with an RISC-V chip and GPU went up for preorder on Alibaba two days ago, but is now listed as being no longer available. 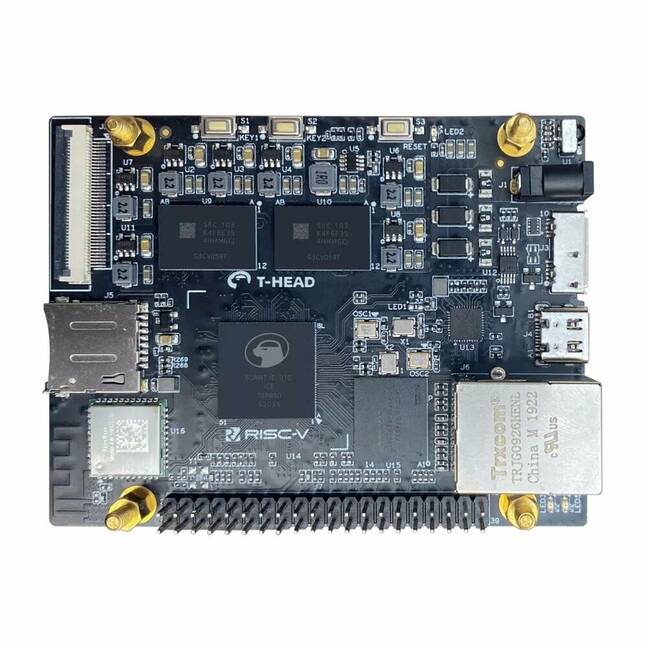 The system was announced by the Chinese hardware firm Sipeed on Twitter page on Oct. 12. A later tweet by the company noted that only 80 boards were available, and would ship in a month.

The board has a dual-core Alibaba XuanTie C910 64-bit processor – the CPU cores of which appear to be open source – and supports Android 10 or Debian 11. The board's calling card is a graphics processor capable of 2D and 3D image acceleration, but more importantly is compatible with a RISC-V chip. The RISC-V community is hard at work building an open-source GPU based on the architecture.

An image shows the development board hooked on to the back of a 7-inch touchscreen, indicating possible use for kiosk applications. The screen is included with the board.

Pricing for the board wasn't listed on the site. The small-board computer enthusiasts over at CNX Software noted a $399 price, though one Twitter user complained of the $500 listed price being too high.

The board supports DDR4 RAM, flash storage, Gigabit Ethernet, and USB-C. The chip has a neural processing unit for AI applications. Another support page notes the board has Wi-Fi and 16GB of eMMC storage. It also has regular I2C, SPI and GPIO interfaces found on single-board computers. ®