Chocolate Factory talks up Tensor mobile SoC, Titan M2 security ... for those who can get them

Google held a virtual event on Tuesday to introduce its latest Android phones, the Pixel 6 and 6 Pro, which are based on a Google-designed Tensor system-on-a-chip (SoC).

"We're getting the most out of leading edge hardware and software, and AI," said Rick Osterloh, SVP of devices and services at Google. "The brains of our new Pixel lineup is Google Tensor, a mobile system on a chip that we designed specifically around our ambient computing vision and Google's work in AI."

This octa-core processor has an Arm-designed 20-core Mali-G78 MP20 GPU, and is fabricated using a 5nm node. It also includes Google's mobile TPU tech to accelerate machine-learning operations, a 4MB L3 cache, and other bits and pieces. 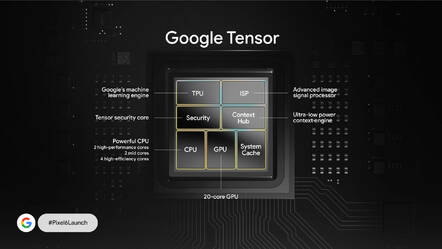 Having gone all-in on AI services, Google realized it needed a custom-designed chip to run machine learning models on Android devices rather than in the cloud. Apple has made much of its home-baked Apple Silicon and how its SoC's Neural Engine can accelerate on-device AI code. Now Google is ready to answer that challenge, with its own bespoke hardware acceleration blocks integrated with CPU and GPU blueprints licensed from Arm, rather than using Arm-based SoCs designed by Qualcomm and co.

In fact, the Tensor chip represents quite a snub for Qualcomm, which previously supplied processors for the Pixel line.

"Mobile chips simply haven't been able to keep pace with Google research," said Monika Gupta, senior director of product management at Google, "And rather than wait for them to catch up, we decided to make one ourselves."

Infusing everything with AI, however, means addressing concerns that the tech's samples tend to reflect the racism and bias of data models culled from the cesspool that is the internet or assembled by researchers who have never themselves encountered prejudice. Osterloh made sure to let the world know that Google's AI is here to help.

"The phone experience is designed for inclusion at its core," insisted Osterloh. "We've taken real steps in hardware, software and AI to prioritize historically underserved communities, particularly in the camera."

The most visible aspect of that commitment can be seen in Google's Real Tone system, for accurately capturing diverse skin tones, which has been baked into the Pixel's camera system. Experts have rated Pixel 6 as the most inclusive camera available, said Florian Koenigsberger, Android product marketing manager and lead of Google's diversity and inclusion initiatives.

Google hasn't done as well handling internal demands for diversity and inclusion. Last year when Google AI researcher ​​Dr Timnit Gebru raised concerns about these issues at the company and disagreed with managers about a conference paper covering ethical issues tied to large AI-language models that the company depends on, she was fired.

Putting in its best kit

The Pixel 6 ($599+) and Pixel 6 Pro ($899+) ship with Android 12 and include not only Google's Tensor SoC but another bit of custom Google hardware, its Titan M2 security core, a followup to its Titan M part. 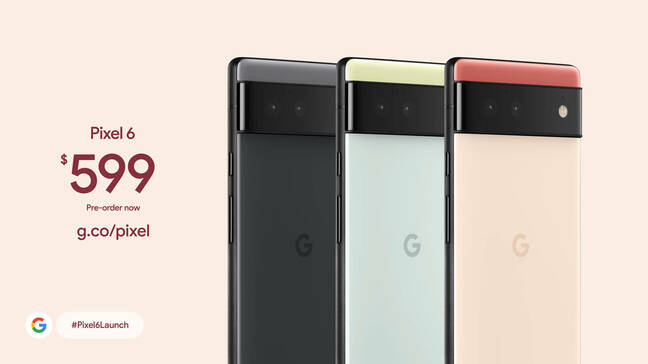 "We made Titan M2 even more resilient to advanced attacks like electromagnetic analysis, voltage glitching and even laser fault injection," said Ellis. "And it's been proven through independent security lab testing. Titan M2, Tensor security core, and our new open source Trusted Execution Environment give Pixel the most layers of hardware security in any phone."

Tensor, said Ellis, also has allowed Google to extend its support window, meaning Google will provide Pixel owners with at least five years of security updates. There's probably an environmental upside to this as well since Pixel owners won't be as inclined to abandon devices that have become unsupported and insecure.

The Pixel 6 line is capable of some useful tricks, such as Live Translate, which lets users message people in different languages. It also supports Phone app features, like Wait Times and Direct My Call, to make calling businesses a bit easier.

"Once you ring the business, Direct My Call helps you get to the right place with less hassle," said Jan Jedrzejowicz, Google Voice product manager, in a blog post. "Google Assistant transcribes the automated message and menu options for you in real time and displays them on your screen for you to see and tap, so you don’t need to remember all the options." 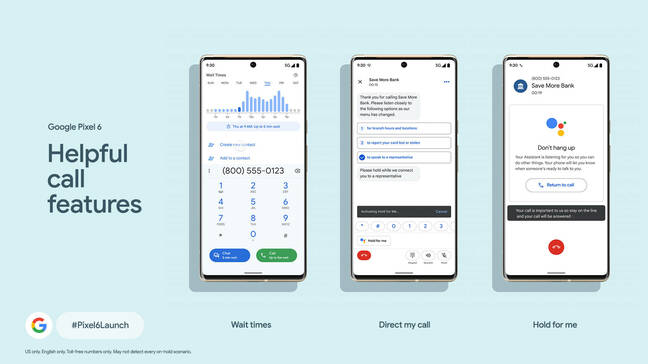 Google is also launching a subscription service called Pixel Pass that, for $45/$55 each month, gives you a new Pixel 6/Pixel 6 Pro and a suite of services – Google One, YouTube Premium and YouTube Music Premium, Google Play Pass and Preferred Care.

Stumbling at the gate

The Pixel 6 and Pixel 6 Pro are available for pre-order through the Google Store and are expected on store shelves at major US telecom companies on October 28.

At least that's the theory. In practice, if you visited the Google Store to purchase a Pixel 6 on Tuesday, around noon Pacific Time, you probably encountered a 500 error page as a result of presumable unexpectedly vigorous interest. The phones appeared to be sold out immediately if you managed to get past the error message, or would be on sale and later disappear from people's shopping carts. Or orders would appear to go through, and then no confirmation message would be received. Or the order would appear to have worked only to be canceled later.

"Trying to get a Pixel 6 has been a joke," said one annoyed netizen on Twitter. "Ordered one from Google, got charged for it, but didn't get a confirmation email. Hours later, I get an order cancellation notice, but the charge is still on my account. No way to contact customer support.

"Our Google Store went down during the #Pixel6Launch," said Google soon after the collapse. "We apologize and are working on it. We will let you know when it’s back up."

As former Reg scribe Ashlee Vance put it, "I'm old enough to remember when Google and Facebook had web sites that worked." ®