A Raspberry Pi HAT for the Lego Technic fan

Sneaking in programming under the guise of plastic bricks

There is good news for the intersection of Lego and Raspberry Pi fans today, as a new HAT (the delightfully named Hardware Attached on Top) will be unveiled for the diminutive computer to control Technic motors and sensors. 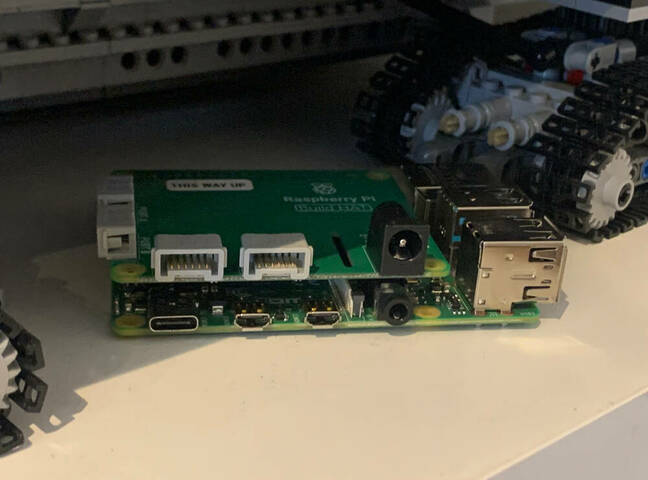 In the belly of the beast: Pi Build HAT next to your correspondent's Lego (click to enlarge)

Using a Pi to process sensor readings and manage motors has been a thing since the inception of the computer, and users (including ourselves) have long made use of the General Purpose Input / Output (GPIO) pins that have been a feature of the hardware for all manner of projects.

However, not all users are entirely happy with breadboards and jumpers. Lego, familiar to many a builder thanks to lines such as its Mindstorms range, recently introduced the Education SPIKE Prime set, aimed at the classroom.

The set contains a wide variety of components, including motors and sensors, controllable via a rechargeable hub and tablet application. It is the latter elements that a Build HAT-equipped Pi can replace: simply plug those motor and sensor components into the Pi hardware instead.

Effectively, this is a HAT device that connects to Lego devices that use a LPF2 connector. An onboard RP2040 microcontroller takes care of the low-level control of the Technic devices while an external power supply is needed to provide power. At the top level, developers can make use of Python to query sensors and run motors. 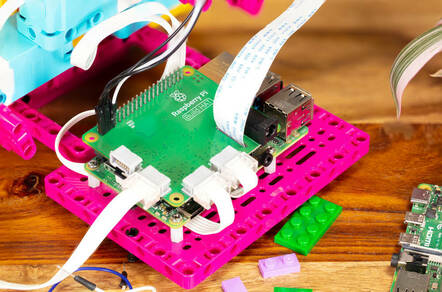 A Raspberry Pi Build HAT in use ... Click to enlarge

It's entertaining stuff, and we can imagine it coming in handy in a classroom setting – sensors include devices to check distance, report colour and force, while motors can both be queried with regard to their position (if supported) and spun as required. The Pi team reckon the kit will also find fans outside of the education sector.

It's also a stepping stone to bigger and more exciting things, in our opinion. After all, once a curious mind has created a bit of code to operate machinery in the real world via the rapid prototyping made possible by the kit, making the transition to more advanced applications is not such a major leap.

As for the Build HAT itself, there are only four LPF2 connectors (adding more was apparently tricky due to space constraints) as well as a power connector and a helpful slot for feeding through the ribbon from the Pi's camera (should one be fitted.) The Raspberry Pi team reckons it should work on all models of the computer that have a 40 pin GPIO header, although Pi-400 users will need an extension cable and won't be able to use the external power supply to power the Pi.

Give it a go

We tried it out with a Pi 4 Model B and found no significant issues – there was enough juice to keep the Pi running and the Python libraries are well documented with helpful examples.

Not so great was the fact that the HAT fouled the fan we'd fitted to our Pi 4 and, of course, the stock case would no longer fit. To be fair, this is pretty much par for the course when it comes to augmenting one's Pi, but worth keeping in mind. Then again, one could regard it as an opportunity to get creative with the plastic bricks.

Compared to the cost of the Lego involved – the complete SPIKE Prime set retails for a whopping £361.99 in the UK, and $339.95 in the US – to consumers so it might be worth picking and choosing the required components), the HAT is a relative snip at $25, although you will need a power supply capable of pumping out 7.5v into a 2.1mm centre-positive barrel jack. If you've not got one to hand, the Pi team expects the branded version to go for $15. Pre-orders start today, although resellers won't have it in stock until 25 October, meaning a few more days wait for end users.

If you've gone down the Technic route, with motors and sensors armed with LPF2 connectors, the Build HAT is a fun interface. We're still pondering how to make our definitely-not-official-plastic-brick NASA crawler move without sending the Saturn V and Umbilical Tower on top tumbling.

A headless Pi running things from within the heart of the beast and slowly spinning up motors a degree at a time does have a certain appeal. ®