These Rapoo webcams won't blow your mind, but they also won't break the bank

And they're almost certainly better than a laptop jowel-cam

Review It has been a long 20 months since Lockdown 1.0, and despite the best efforts of Google and Zoom et al to filter out the worst effects of built-in laptop webcams, a replacement might be in order for the long haul ahead.

With this in mind, El Reg's intrepid reviews desk looked at a pair of inexpensive Rapoo webcams in search for an alternative to the horror of our Dell XPS nose-cam.

Rapoo sent us its higher-end XW2K, a 2K 30fps device and, at the other end of the scale, the 720p XW170. Neither will break the bank, coming in at around £40 and £25 respectively from online retailers, but do include some handy features, such as autofocus and a noise cancelling microphone. 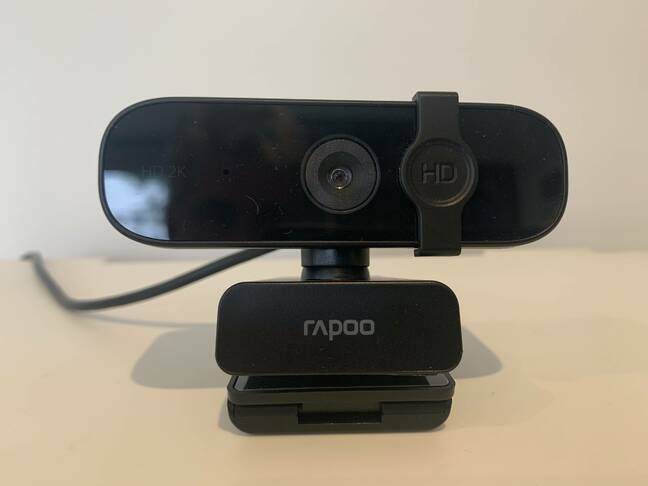 Sure, these cameras are unlikely to cause many sleepless nights at Logitech's Brio division, but for the occasional online meeting they are a handy alternative to a laptop camera or replacement for an ageing webcam.

Both cameras connect via USB and lack any kind of software in the box. This was both a good and bad thing. Good, in that setting them up under Windows 10, 11, and macOS (the three environments we tried them in) was a breeze. Bad, in that there was no scope for fiddling with the hardware other than what the OS or conferencing software of choice offered.

We also experienced a mysterious flicker using the XW2K on a M1 Mac Mini, but not on an Intel-based Mac or Windows machine. Another inexpensive webcam (a Papalook) had no such issues, so there might be something amiss in driver land. It would also hardly be the first time we'd encountered mystery incompatibilities using Apple silicon.

Still, the overall quality of both devices was good enough, although we'd recommend splashing out that extra £15 for the 2K version; 720p just doesn't cut it nowadays and we noted a marked drop in quality commensurate with the reduction of pixels. The 2K version also has a privacy shutter and a slightly wider field of view – 85° versus the 80° of its sibling.

Although the webcams felt sturdy in use, with a clip to attach to a monitor, some features were a little limited. There is no optical zoom and the autofocus is of the digital variety rather than mechanical and will only perform the focus once when the webcam is activated, rather than continually. In practice, this made getting a perfectly focused image a little tricky and, frankly, we'd have preferred a manual focussing dial. Then again, we are in budget territory.

Quibbles aside, it is difficult to fault the Rapoo XW2K at its price point (although we were less keen on the cheaper XW170). The brand is a little unfamiliar (certainly when compared to the usual suspects) but the 2K resolution provides a clear image and the wide-angle lens makes for a less claustrophobic viewing experience.

If one is used to considerably more expensive audio and video setups, or is seeking to make one's fortune as a streaming star, then Rapoo probably won't be for you. However, as a quick and easy way to get some relatively decent quality video in those online meetings the hybrid workplace will demand for the foreseeable future, the XW2K does the job nicely. And with change left over for the odd adult beverage or two. ®