Kit using the chips to appear next year at the earliest

HBM3 (High Bandwidth Memory 3) is a third generation of the HBM architecture which stacks DRAM chips one above another, connects them by vertical current-carrying holes called Through Silicon Vias (TSVs) to a base interposer board, via connecting micro-bumps, upon which is fastened a processor that accesses the data in the DRAM chip faster than it would through the traditional CPU socket interface.

Seon-yong Cha, SK hynix's senior vice president for DRAM development, said: "Since its launch of the world's first HBM DRAM, SK hynix has succeeded in developing the industry's first HBM3 after leading the HBM2E market. We will continue our efforts to solidify our leadership in the premium memory market." 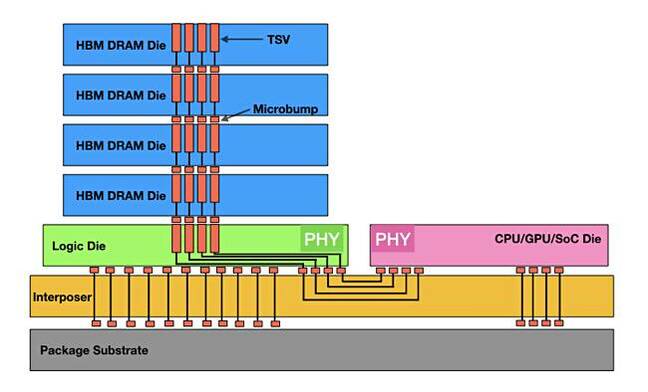 The previous generations were HBM, HBM2 and HBM2E (Enhanced or Extended), with JEDEC developing standards for each. It has not yet developed an HBM3 standard, which means that SK hynix might need to retrofit its design to a future and faster HBM3 standard. 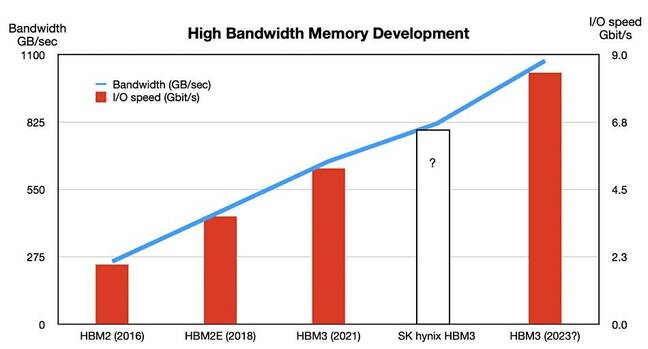 The company says its engineers ground their DRAM chip height to approximately 30 micrometer (μm, 10-6m), equivalent to a third of an A4 paper's thickness, before vertically stacking up to 12 of them using TSV technology. 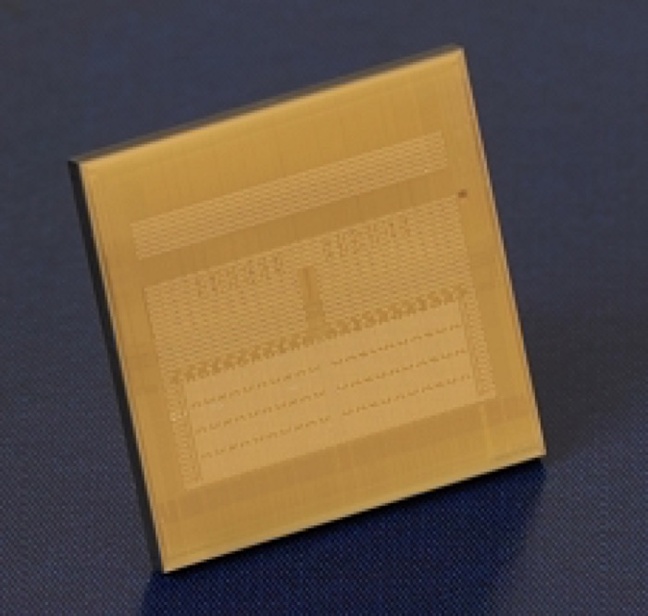 Underside (Interposer side) of the SK hynix HBM3 chip

Producing an HBM3 chip is only half, so to speak, of what needs to be done, since it has to be fixed to an interposer-processor combo and that needs to be built to accommodate the memory component.

Building an HBM-interposer-processor combo will generally only be done for applications that need more memory capacity and speed than that provided by industry-standard server CPUs and their socket scheme. That means supercomputers, HPC systems, GPU servers, AI systems and the like where the expense and specialisation (restricted market) is worthwhile.