Microsoft is involved. What could possibly go wrong?

It's been a busy week for the Eclipse Foundation, as the group unveiled a new operating system for distributed devices and cracked open the invitation list for an open-source software-defined vehicle project.

The goal of the latter, according to the Foundation, is to create a vendor-agnostic and open-source approach to automotive software development. "Software-defined vehicles," enthused the group, "will enable vehicle manufacturers as well as automotive suppliers to put software at the very center of vehicle development, with hardware considerations to follow." 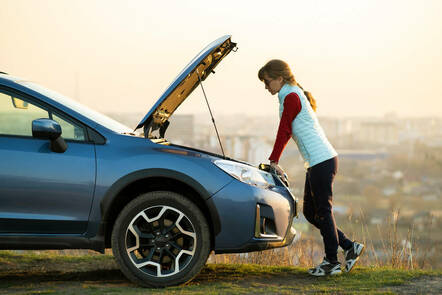 Members include Bosch and Microsoft and, while the latter's involvement might cause some to wonder what form a car designed by Redmond would take (and the obvious jokes that follow,) the former has long been a big noise in the automotive world and has published its own take on the software-defined vehicle (SWdV.)

Red Hat and SUSE, which last year spoke of its desire to shove Kubernetes behind the wheel, are also involved.

It's fair to say that there is no small amount of salivating going on within the industry at the extra revenue streams potentially on offer as cars continue to get smarter. Subscriptions, over the air updates and software upgrades are all becoming a reality despite the odd hiccup or two (for example, Tesla's Full Self Driving software, the beta of which was abruptly rolled back last week.)

"Today," said Bosch, "a vehicle is in its best condition when it leaves the factory. But in the future, software can be continuously optimized within the limits of the hardware."

The Eclipse initiative aims to keep things vendor agnostic, yet still permit manufacturers to work on differentiating customer features while building from the open foundation. "Although we have extensive roots with the automotive community, a project of this scope and scale has never been attempted before," said Mike Milinkovich, executive director of the Eclipse Foundation.

The initiative comes in the same week as the introduction of the Oniro project, an operating system aimed providing an alternative to established IoT and Edge operating systems.

Milinkovich described Oniro as "open source done right" because, we assume, describing Oniro as "an open-source implementation of OpenHarmony which was based on HarmanyOS, as donated by Huawei to OpenAtom" is probably a bit of a mouthful.

The plan is that by creating a compatible implementation of OpenHarmony, apps built for Oniro will run on OpenHarmony and vice versa. Industrial and IoT applications are expected to be first in line.

While the Eclipse Foundation might pride itself on its openness and transparency, quite what Western governments that pointedly hold their noses whenever the word "Huawei" is mentioned will make of it will be interesting to observe. ®