Version 21.1.0 of the X.Org Server has been fully rolled out, with just one fix since the release candidate, but it is still notable as the first major version for three and a half years for a project that was thought to be near-abandoned.

The future of the X Server project looked bleak in 2020 when long-term project maintainer Adam Jackson said it was near-abandoned and that "using it to drive your display hardware and multiplex your input devices is choosing to make your life worse." 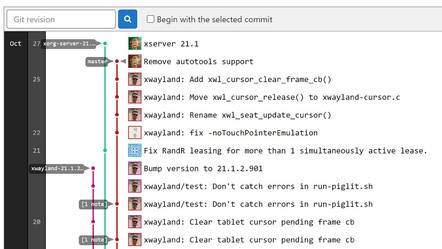 Now new maintainer Povilas Kanapickas has announced "the final release of X Server 21.1. There has been just one fix since the second RC and at this time there are no known regressions since the 1.20 release series."

Kanapickas said that increased usage was expected now that the release is final, and plans if necessary for a 21.1.1 patch "in the coming weeks rather than after the usual interval of several months."

The biggest new features are variable refresh rate support, and support for AMD GLAMOR acceleration in the Xvfb (X virtual framebuffer). There is also improved touchpad support and according to Kanapickas "this release would not have happened if an effort to improve touchpad support in Linux was not funded for the past year and [a] half." Developers will also find "a large number of small features and various bug fixes," said Kanapickas, and these form the bulk of his 1,400 line post.

It is an awkward situation since X Server is still widely used and many users continue to find advantages with X versus its replacement, Wayland. There are also compatibility issues though the XWayland project is designed to enable X11 applications to run, by forwarding its windows to Wayland surfaces.

Unlike Wayland, X Server is designed to work over a network. "It’s hard to justify being unable to do something we’ve done since the mid 90’s. The fact I could sit in front of a computer while running GUI software from different machines with different OSs as if they were local and that, now, the best I can hope for is what VNC gave me in the early 2000’s is nothing short of depressing," said a user on Hacker News.

"If you care about security and tearfree graphics, use Wayland. If you want a larger pool of window managers to choose from, want to be able to run a separate compositor like picom (blurred transparency effect for windows), or need scripted control of windows, X is better," said a Reddit user, for example. Another commented that gaming on Ubuntu 21.10, which defaults to Wayland, has "Wayland capping at around 80 FPS and Xorg going in the high 180 FPS" for some games.

The revival of the X Server release cycle is largely due to developer Kanapickas who stepped up in July to work on it. "I think Povilas is a king for this," said a user on the Phoronix forums while another added that "not all heroes wear capes."

Presuming Kanapickas continues in this role it may encourage others to contribute improvements to X.Org Server code though no doubt the slow trend towards Wayland adoption will continue.®