When we say 'way easier,' you better have a steady hand and nerves of steel

The fearless iFixit website has taken its tools to the M1-powered 2021 MacBook Pro and come away with a repairability score that will be of no surprise to followers of Apple's pricey hardware.

While taking a moment to marvel at the number of ports that have returned to the company's flagship laptop (USB-C, HDMI, headphone jack, and SD card reader), the crew was heartened to find no adhesive securing the rear plate – once the proprietary pentalobe screws had been dealt with, that is.

Inside, iFixit noted that the chassis was crammed wall to wall with speakers and batteries, as well as a "robust-looking" fan setup.

But the main takeaway – and something owners of Apple products will always hope for – was the relative ease with which iFixit could remove the battery. 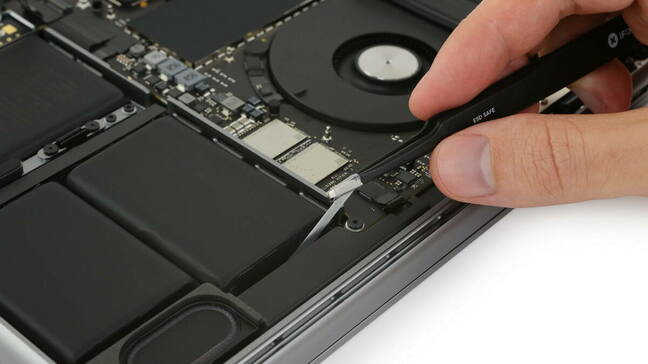 Although the trackpad has to be taken off to gain full access, the battery is not trapped under the logic board, and each cell comes with a "subtle but noticeable" pull tab of "stretch-release adhesive," as seen in the iPhone and Macbook Air. A far cry from the gluey mess we might be more familiar with and a promising sign that someone on the design team at least had battery replacements in mind.

Now, as long as these don't snap as you pull on them, their inclusion have the potential for straightforward battery swaps, "a procedure we've been dreaming about for a while," iFixit said, adding: "And just like that, the battery is jettisoned. No alcohol. No pry tools. No incessant cursing." 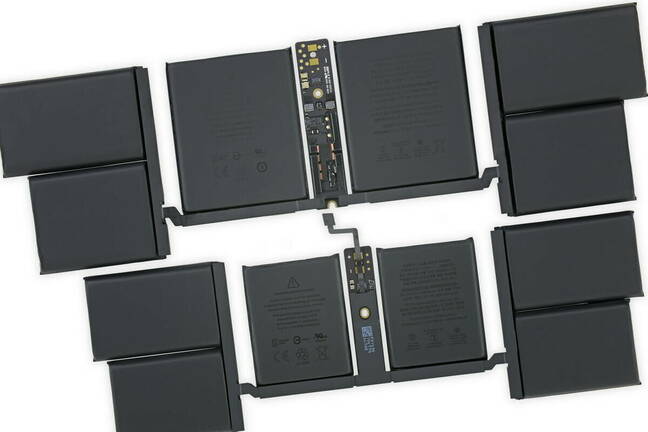 With the battery out of the way, the team observed 100 per cent more slack in the display cables, meaning this year's model is immune to the 2016-2020 design flaw that caused some screens to fail with repeated openings of the laptop.

Onto the logic board, then, where most ports were found to be modular, including the vaunted return of MagSafe charging technology. Note that individual replacement of these modules would necessitate removal of the logic board. And if the HDMI or SD card reader were to cark it, the entire board would need to be replaced by Apple because they are soldered down.

Looking at the keyboard, iFixit said that only the power/Touch ID button was "somewhat convenient to replace" – but if you did that without paying Apple's toll you'd lose Touch ID functionality due to the tightly integrated software. Likewise, though display replacements have been "streamlined," doing it yourself would kill True Tone function.

"If you want a 100 per cent complete repair, you'll have to pay Apple their exorbitant fee (or else demand your right to repair be enshrined in law)," the team sighed.

All of which led iFixit to assign the 2021 MacBook Pro a typically lousy repairability score of 4/10.

On the other hand, you could just hold on to what you've got. Unless the advances in speed and efficiency brought by Apple's M1 tech and the throwback port setup, prove too tempting to resist.

Besides, last week the British Computer Society said in the runup to COP26 that tech firms needed to be pushed on the "right to repair" because the product release cycle is trashing the environment with e-waste.

Now is far from the best time to upgrade anyway. Chip shortages took a $6bn chomp out of Apple's top line for Q4 2021, as revealed on Friday. ®