What do you mean, 'Microsoft doesn't care about Windows on Arm'? Here's a cheap, underpowered test rig

For all your Windows-on-Snapdragon developer needs

Developer hardware for Windows on Arm has finally debuted with a low price matched by an even lower specification.

Windows on Arm has yet to set the world on fire, and developers would have been forgiven for wondering if Microsoft was about to tip the poor thing down the basement stairs to the dingy dungeon where the likes of Media Center, Zune, and Microsoft Bob lurk.

A test bed was promised earlier this year but, as the months rolled by, the device remained conspicuous by its absence.

However, with summer long gone, the "Qualcomm Snapdragon 7c Compute Platform" has put in an appearance on Microsoft's US store for a mere $219. 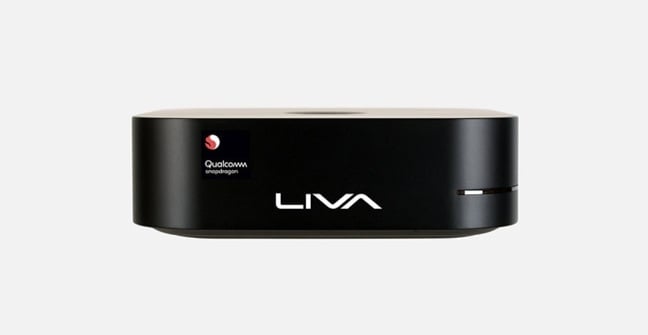 Before shoppers get too carried away, this device (which lacks screen and keyboard) is very much aimed at developers. Indeed, 4GB of RAM isn't much where Windows is concerned, and the Qualcomm Snapdragon 7c, while a capable chip, won't make dev eyes water with its raw performance.

Though the ports on the small PC are generous, the 64GB storage is stingy (but can be expanded via a MicroSD card). Windows 10 completes the package and it will be upgradeable to Windows 11.

The Reg can't help but think of Apple's M1 developer kits, although we'd caution that performance is unlikely to be comparable. In addition, Microsoft warned: "There are no refunds available on this product. This product is meant for developers, not consumers."

The point of the device is give developers a hardware platform on which to test their "Windows on Snapdragon" code without having to spring for something considerably pricier.

We contacted Microsoft regarding UK availability, but we have yet to hear back.

It all seems too little, too late. With Microsoft's recent foray into the cut-price laptop market being resolutely Intel-based, and even its lightweight Surface Go line eschewing Arm chippery, we're not sure how many developers will bother with a Windows-on-Snapdragon desktop application (unless it's a side effect of writing something for Apple's M1).

Still, it's only a matter of time before somebody boots Linux on the thing. ®