That's year on year from a base close to zero ... but still, that makes it the fifth biggest in the Middle Kingdom right out of the blue

A Chinese smartphone chip designer has come out of nowhere to take on capitalist rivals, though questions remain over whether the outfit can continue its meteoric rise amid financial troubles at its parent company. 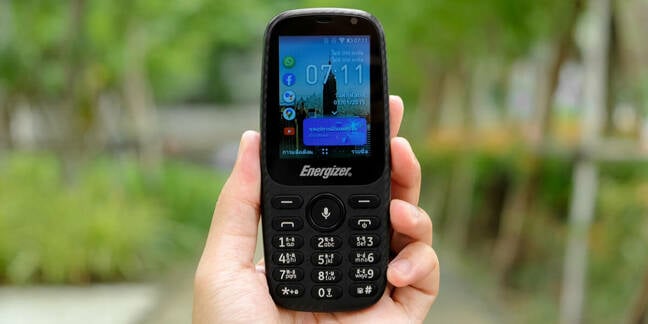 Ziguang Zhanrui, known for designing Unisoc mobile processors, shipped 4.1 million units in China during the third quarter, an astounding growth of 14,726.1 per cent compared to the same quarter last year, according to a study from Cinno Research.

Judging by these figures, Ziguang Zhanrui has become the fifth largest mobile chip company in China behind Mediatek, Qualcomm, Apple, and HiSilicon. The company's volume was close to zero last year (see table below) however.

According to Cinno Research, Qualcomm's year-over-year market share grew by 32.1 per cent, while Mediatek's grew by 24.6 per cent. Qualcomm showed strength in China's low-end smartphone market, taking a bite out of MediaTek's dominance.

According to the analysts' monthly sales monitoring data of the Chinese smartphone market, MediaTek's kit accounted for approximately 52 per cent of the low-end smartphone market, a year-on-year decrease of approximately 17 per cent. Qualcomm's share of the pie increased to 34 per cent, an increase of about 20 per cent year on year. The companies are set to battle in the high-end market with new flagship chip announcements due by the end of this year.

But Ziguang Zhanrui's growth could fade just as quickly because its highly indebted parent company, Tsinghua Unigroup, is under pressure from creditors to file for bankruptcy, according to South China Morning Post. Alibaba is among companies bidding to acquire parts of Unigroup, which includes cloud computing division Unisplendour.

The silicon slinger's chips are used in smartphones from Honor, China Telecom, Duowei, Nokia, and Gionee, according to Cinno. Its top-performance chips are the eight-core Unisoc Tiger T618 and T700 processors, which are made using the 12nm process, have LTE modems, and ARM Cortex-A75 and A55 CPUs.

Ziguang Zhanrui was previously known as Spreadtrum and made inroads into western markets. The company partnered with Intel on mobile chips and made the SC9861G-IA chip for mid-range handsets, which was based on Intel's Atom x86 chip design and a PowerVR GT7200 graphics core, but it never sold.

Trade disputes between the US and China have affected the ability for chipmakers in both countries to sell semiconductors.

Ziguang Zhanrui is far from catching up with Mediatek and Qualcomm, which both shipped 28.8 million units in China during the third quarter, with Mediatek holding a slight edge.

Apple was the third-largest chip supplier in China with 9.4 million units, growing by 15.3 per cent year over year. The company is primed for a big fourth-quarter with iPhone 13 shipments. Apple held a 73 per cent market share in the high-end market, while Qualcomm was well behind at 12 per cent.

Ziguang Zhanrui is filling a gap left by the decline of Huawei HiSilicon, which saw a dramatic drop in its market standing due to trade sanctions. HiSilicon, whose Kirin chips mainly go in Huawei phones, shipped 5.8 million units to take the fourth spot, a massive decline from 24.8 million in the year-ago quarter, when it took the top spot. ®