Northrop Grumman has assembled a team to come up with a design for a new Lunar Rover.

There remain three Lunar Roving Vehicles on the Moon, all low mileage with just a few careful drivers to their name, however, it is coming up for half a century since the last one turned a wheel.

NASA plans to return astronauts to the lunar surface in the coming years (2025, if you ask the agency, quite a bit later if you ask its watchdog) and part of the infrastructure required will be a new rover.

Compared to some futuristic concepts, Northrop Grumman's vision is, at first glance, delightfully retro. The company will lead the integration of the vehicle along with controls, cargo storage, energy management, and avionics. AVL (Anstalt für Verbrennungskraftmaschinen List) will be responsible for the drive, steering, and suspension layout as well as the AVL Battery Cassette. The team also consists of Michelin, which will be engineering the tyre-wheel structure, and Lunar Outpost, which will be contributing lessons from its own MAPP trundlebot. 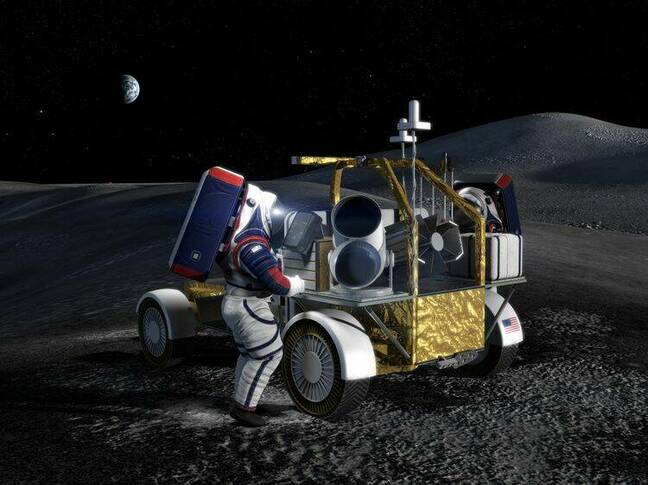 Apollo moonwalkers Charlie Duke and Dr Harrison (Jack) Schmidt will also be contributing their experiences of the original model. Duke rode the rover with John Young on 1972's Apollo 16, and Schmidt was paired with Eugene Cernan for the final Apollo 17 mission.

Northrop Grumman is by no means the only candidate. Lockheed Martin and General Motors have already teamed up with an eye on providing an autonomous rover, which, as well as ferrying astronauts about, could be tasked remotely with trundling around the surface to maximise science return.

It's a step up from the already impressively capable vehicles developed in the 1960s. The final rover, on Apollo 17, managed over 35km of driving during its mission. However, all were limited in how far they could trundle from the Apollo Lunar Module to ensure the astronauts could walk back should their ride fail. As it turned out, the vehicles proved highly reliable. The camera of one captured the departure of the last astronauts to walk on the Moon. 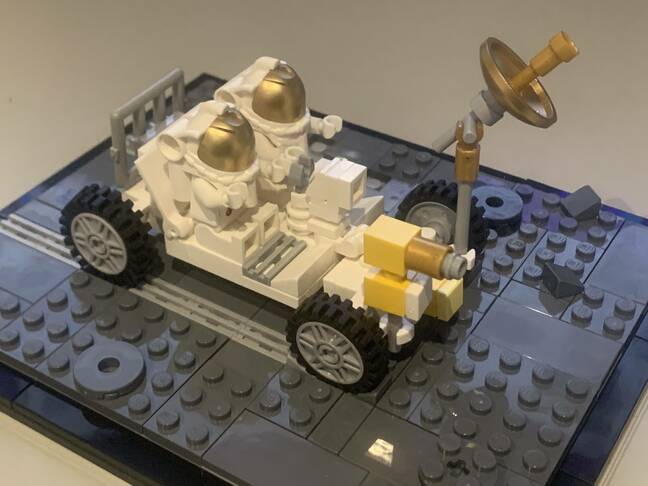 While the date for the next Moon landing is in flux, rovers have continued to trundle around the surface since the final crews departed. The Soviet Lunokhod 2 (now owned by Richard Garriott) failed in 1973, and the Chinese Yutu-2 rover continues to operate, having landed on the Moon with the Chang'e 4 lander on 3 January 2019. ®