The ideal sat-nav is one that stops the car, winds down the window, and asks directions

It's not quite a Jag-you-arr

Something for the Weekend, Sir? Turn left. Turn right. At the roundabout, take the fourth exit.

Nobody enjoys being told what to do all the time but in the case of Google Maps I will make an exception. What I like about it best is that I can ignore her directions – should dissent take my fancy – and she doesn't get cross.

This is in sharp contrast with all the classic sat-navs I have ever used, including the one embedded permanently into my current vehicle. Not only does it have a penchant for taking me on pointlessly circuitous routes, the wrong way up one-way streets, and along shortcuts too narrow for a bicycle, it grows angrier by the second when I refuse its orders.

Clearly I am not the only reluctant motorist to have given up on traditional sat-navs: not a single ad for one of these has turned up in my Black Friday spam deluge this year. And good riddance. Of the £3m per minute spent by Brits on their Black Friday shopping, roughly £0 will be spent on in-car nags.

Google Maps is more chilled. It's as if she has resigned herself to my penchant for taking the wrong exits and missing turns. This is a habit I acquired by trying too hard not to drive like my father, who would obey every instruction from his sat-nav with military immediacy. As soon as he heard the words "Turn left", he'd turn hard on the steering wheel straight away and we'd find ourselves heading up someone's front drive, into an underground office car park or across a pedestrianised shopping walkway.

Me, I prefer to wait a bit – maybe a bit too long. Google Maps doesn't mind and gives me no grief. Perhaps she also recognises her own faults in occasionally trying to direct me to drive through bricked-up entrances and children's playgrounds. "Pff, whatever," she probably thinks. "He's too thick to follow the normal route. Let's try a longer one."

The odd thing is that she talks to Mme D in a very different way. On her smartphone, Google Maps is, well, chatty.

While all I get is a functional "Turn left/right" or "In 300 metres take the slip-road," Mme D is treated to a tirade of verbosity. "Move into the filter lane and turn left at the next traffic lights heading north-northwest into B3496 Lower High Street but keep to the right to avoid the turnoff, mind the pedestrian crossing and wave hello to the butcher on the corner…" it spews, one directive tumbling into the next in a single continuous description of the journey and all its finest details.

Sometimes verbose Google Maps on Mme D's handset takes so long to describe what to do next that we have passed the turning before she has finished announcing that it is about to come up. "At the roundabout ahead take the first exit eastwards onto the A-eight-five-four-five-nine-eight Grand Avenue junction 47 map coordinate fifty-three-point-three-three-nine-six-eight-eight minus-six-point two-three-six-six-eight-eight and turn immediately left…" by which time that immediate left turn is already half a kilometre behind us. 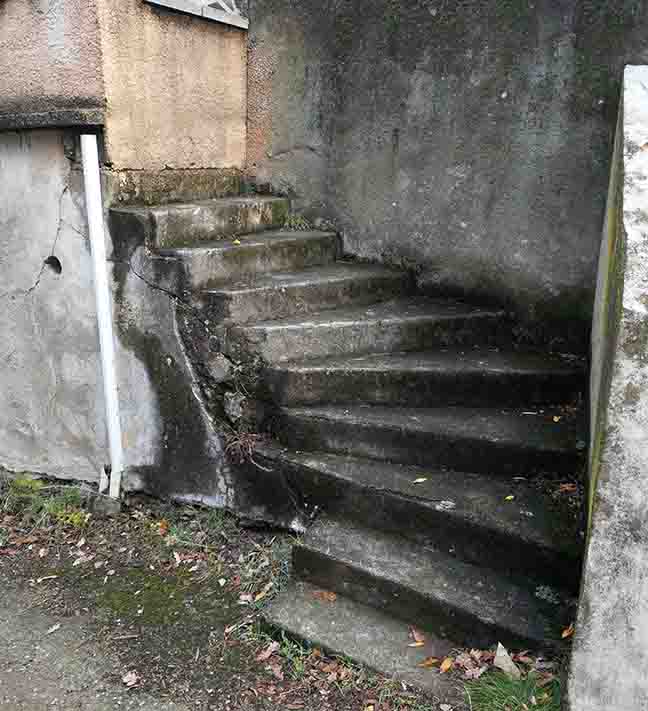 Your destination is at top. We hope you enjoyed your journey.

I put this down to [what passes for] artificial intelligence in smart systems trying to be too clever for its own smarty little boots.

This worries me a bit because smart systems embedded into vehicles are the way things are going. Like you, my next car will be electric (yes, yes, you may already be driving an EV, in which case your next car will be electric too, I assume) and I'm expecting all sorts of smart artificial foolishness to experiment on my wetwear as I try to keep the vehicle from straying across lanes.

Verbosity is the order of the day. It's as if they took Turing too literally about having a conversation with a computer, when I'd rather the computer stop talking at me and get on with, oh I dunno, computing some stuff.

As if to acknowledge there is a verbosity problem in the smart device industry, Invoxia advertises its smart GPS tracker as having a special feature that ensures it does not talk to you.

I don't own such a thing myself, but I am led to understand that people buy GPS trackers to keep tabs on valuables, property, and vehicles in case of theft. Enable anti-theft mode and you get regular updates on the tracker's location and status. Except… if you forget to switch it off, it keeps messaging your smartphone every two seconds to tell you someone is driving your car away, even though that someone is you.

Invoxia says its GPS tracker disables the constant messaging as soon as it detects your smartphone is nearby, thereby solving a problem that didn't even exist until conjured up by smart tracker industry itself. Invoxia GPS tracker's key selling point is that it knows when to shut the fuck up. Hoorah for innovation.

Innovation is fine. What probably isn't needed is reinvention. To take a case in point, there has been a bit of a buzz around the touchy-feely Origo Steering Wheel since it was added to the list of Innovation Awards for CES 2022. The CEO of one of its developers, Siili Auto, described it as a "completely new experience" and "unique" – which is an odd thing to say about a steering wheel because it's a steering wheel. I've experienced steering wheels before.

Now if the vehicle control device was a sphere or ectoplasm or (just imagine!) absent entirely, that would be a completely new experience. But there's a reason we drive with steering wheels: they just work (except when reverse parallel parking, of course), and the Origo recognises that. I suspect such a "completely new experience" for driving my next car would be dangerous and short-lived – as indeed would I.

Unfortunately, I confidently predict that unnecessary reinvention is exactly what is on the horizon. A research paper a couple of years ago found that neuroscience can predict which wine you prefer based on consumer behaviour and brain activity. It's only a matter of time before a smart-talking smart device developer convinces a gullible market that neuroscience can drive my car for me, and talk me hands-free through the process.

Turn right? Sorry, pal, your purchasing history and neuroimaging report suggest that you'd be happier turning left. There's no point complaining: we know what's best for you. Besides, we've already started indicating and moving your vehicle into the centre lane. Hang on, where's that central lane gone? It was here last week. And why is that truck coming towards us sounding its horn?

For safety, we will now pass control of your vehicle back to you. For your convenience, we are emailing a copy of our T&Cs to your next of kin… ®

Alistair Dabbs is a freelance technology tart, juggling tech journalism, training and digital publishing. He has friends and colleagues who adore their EVs but feels anxious about the inevitability of it all. He suspects his next car will be a bicycle. Or a new pair of shoes. More at Autosave is for Wimps and @alidabbs.