It's a bit pricey, though

Fancy a Raspberry Pi 4 in a desktop ITX form factor with 11 PCIe slots? The new Seaberry carrier board may make your wish come true – but for a fairly hefty price. 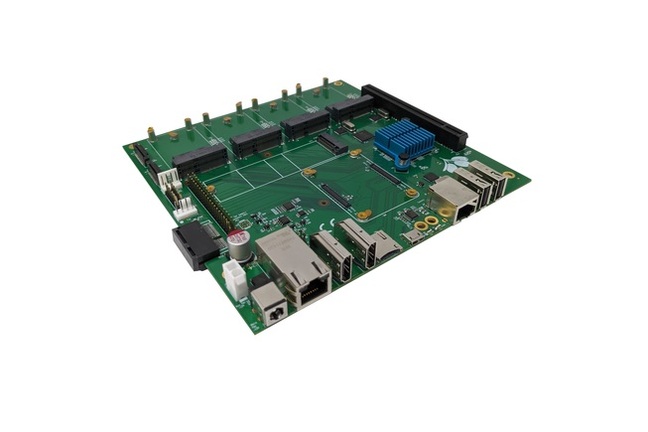 A popular use for this looks to be controllers for DIY low-end NAS servers, such as the forthcoming Wiretrustee SATA Pi and Radxa Taco. At least using a Pi means more choice of OSes and hardware, and the expectation of a longer useful life, than a bespoke solution – our thanks to the reader who pointed out that Helios64 creator Kobol has shut down.

Don't get your hopes too high too soon, though. Although the Seaberry board lets you build a desktop PC using off-the-shelf components, as blogger Jeff Geerling describes, at $435 (about £325), it's nearly 10 times the price of a cheap x86 Mini-ITX motherboard. Yes, you'll still have to add an Intel or AMD chip ­– but then a top-end Compute Module 4 with Wi-Fi, 32GB of eMMC and 8GB of RAM will set you back £85 anyway.

As Geerling discovered when stuffing a Taco with high-end SSDs, it led to performance disappointment, so don't blow your wad just yet.

You can't get one for a few weeks anyway. Canadian kit-making boutique Alftel Systems has sold out. Normally, it specialises in IT security and wireless, making specialised gizmos such as this $350 board for putting 12 M.2 cards into a single PCIe slot, and the company is reeling from the level of interest from hobbyist Raspberry Pi fondlers:

"Our initial stock was sold out too fast (in a matter of a few minutes) after Jeff Geerling posted his video review on YouTube," the company said. ®