Sweden asks EU to ban Bitcoin mining because while hydroelectric power is cheap, they need it for other stuff

The directors general of Sweden's Financial Supervisory Authority and Environmental Protection Agency have called upon both the EU and Sweden's government to ban cryptocurrency mining. 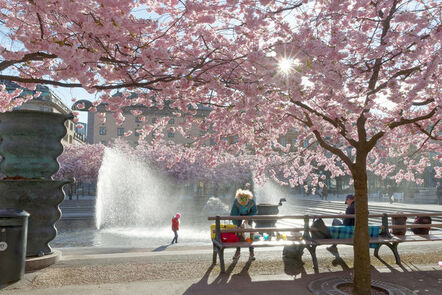 Since China banned Bitcoin ­(again), wannabe get-rich-quick artists have been looking for somewhere else to squander squillions of megawatt-hours minting imaginary internet money.

Cheap hydroelectric power makes the Nordics tempting, with Sweden alone using 1TWh on it last year, but they would rather keep it for other uses than ransoming encrypted files and buying illegal drugs. Some will doubtless call that selfish and short-sighted of them.

In an open letter to the EU, Erik Thedéen, director general of Finansinspektionen, and Björn Risinger, director general of Naturvårdsverket – the Financial Supervisory Authority and Environmental Protection Agency, respectively – call upon the EU and the Swedish government to ban energy-intensive cryptocurrency mining, and to legally prevent anyone doing it from calling it eco-friendly.

They point out that "Sweden needs the renewable energy targeted by crypto-asset producers for the climate transition of our essential services."

That all seems reasonable enough to us, and we also note that it gets very cold in winter up around those parts. If it happens, we wouldn't be surprised to see Norway and Iceland follow suit. ®