How to coordinate 16 Arms

Keen on Kubernetes? It has been a long wait, but the Turing Pi 2 is finally close to shipping.

A year and a bit after the Raspberry Pi Compute Module 4 shipped, and one of our crafty commenters noticed that a new version was coming, the Turing Pi 2 board is close enough to shipping that zealous Pi-related YouTuber Jeff Geerling has got his hands on one. 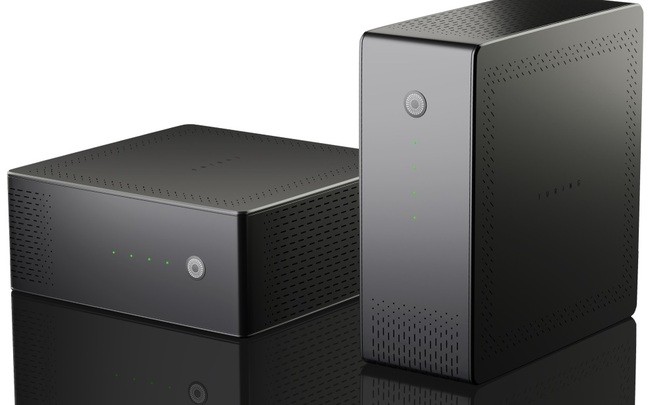 The Turing 2 is the successor to the Turing 1, which let you cluster up to seven Pi 1, Pi 3 or Pi 3+ Compute Modules. The snag was that even the CM3+ was a bit feeble, with only a gig of RAM and four 1.2 MHz Cortex-A53 cores. Even seven of them wouldn't form a very powerful cluster. Although it holds fewer boards, the Turing 2 is significantly beefier, with two Mini-PCIe slots, two SATA III ports, 12Gbps of interconnect bandwidth and a managed switch to manage intra-cluster communications.

A less apparent advantage over the Turing Pi 1 is greater choice of boards. While the older Pi Compute Modules presented an SoDIMM-style edge connector, the CM4 needs a carrier board. But that means that a number of devices with compatible connectors are available, so that the Turing Pi 2 isn't limited to Pi Compute Modules. You can also use the Nvidia Jetson Nano, Pine64 SOQuartz, or Radxa ROCK3 Computing Module.

This isn't a desktop computer, and although you could certainly use it as one, it would be a waste of the device's potential. But it will make a fine inexpensive local K8s cluster, or as the manufacturers suggested back when it was announced, for prototyping workloads to deploy onto Amazon's ARM-powered AWS Graviton service.

You could be forgiven for forgetting, but there's more to life than Linux, of course. There are an assortment of other OSes for the Pi hardware, and with a little adaption, some would be ideal for this. There's a preliminary but usable port of the newly independent (from Nokia's Bell Labs) Plan 9 for the Pi 4. The successor to Plan 9, Inferno, is also cluster-capable, and there's an existing, lavishly documented RasPi port of that too. Some assembly required, though.

Looking for an idea for a radical tech startup? Port Google's Gvisor onto Plan 9's APE to make a super-lightweight K8s killer. Your correspondent just asks for a 1 per cent cut. ®