Millipede? Has something been bugging you about the name? Not any more

Pedantic observers of arthropods can finally sleep at night as scientists have discovered a millipede with more than 1,000 legs. 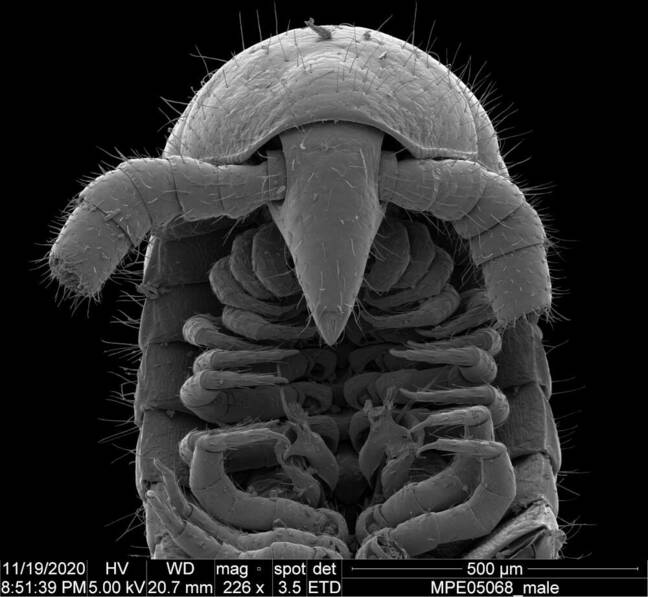 Standing at 750 legs, the previous record for the number of limbs attached to the nightmare-inducing undergrowth crawlers meant there was a horrifying mismatch between the common nomenclature and the morphology, which many sticklers for truth would, understandably, find a little too much to bear.

Nature's Scientific Reports this week published work by Paul Marek, associate professor at Virginia Tech's Department of Entomology, and collaborators – who discovered the millipede 60 metres underground in a drill hole created for mineral exploration in the mining area of the Eastern Goldfields Province of south and central-eastern Australia.

The lovely creature has 1,306 legs, the researchers concluded after finding four members of the new species. To accommodate that number of appendages the subterranean critters have thread-like bodies measuring 95.7mm long and 0.95mm wide divided into 330 segments.

To add to the allure, they are eyeless, have short legs, and cone-shaped heads with antennae and a beak.

The researchers have opted to name their new-to-science discovery Eumillipes persephone after the Greek word eu- (true), the Latin words mille (thousand) and pes (foot), and references the Greek goddess of the underworld, Persephone. 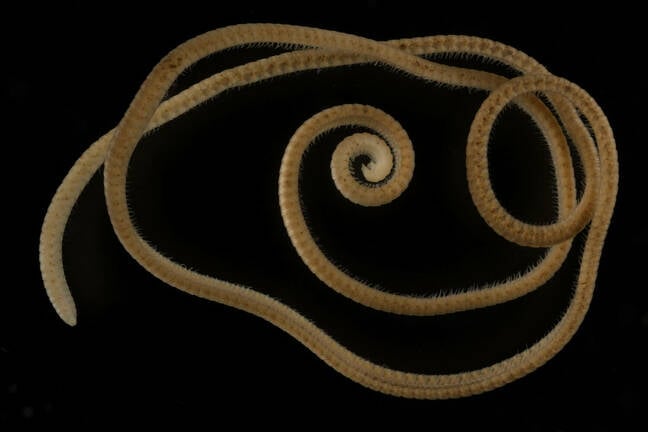 There are 70 species of millipedes, which can be found on all continents except Antarctica (so far!). Some of the family members take care of their eggs, some ooze chemical defences containing alkaloids that are sequestered by poison frogs and some can be known to roll into a ball for protection.

The previous record-holder for the number of legs on any animal was the Californian millipede species, Illacme plenipes. The boffins said the large number of segments and legs that have evolved in both species may help them push at a force necessary to get so far underground and help them move through narrow openings in their preferred habitat. 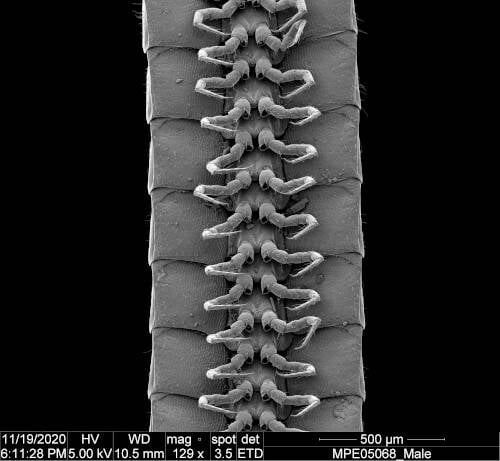 The Eastern Goldfields Province, where the new species was found, might be rich in biodiversity, but it also attracts human burrowers in the form of mining companies that extract gold, nickel and platinum worth billions of dollars to the Australian economy.

The researchers suggest miners should try to conserve the region's underground habitat to ensure the continued existence of their unique discovery.

"Discovered in the resource-rich Goldfields-Esperance region, [it is] threatened by encroaching surface mining, documentation of this species and conservation of its habitat are of critical importance," the researchers warned. ®