Who's TT when it's at home? The DoJ, Defense dept, and Homeland Security

Security agencies in the United States have recommended the FCC approves the switch-on of a mega US-to-APAC undersea cable after Google and Meta agreed to restrict China-based firm Pacific Light Data Communications Co Ltd's "access to information and infrastructure." 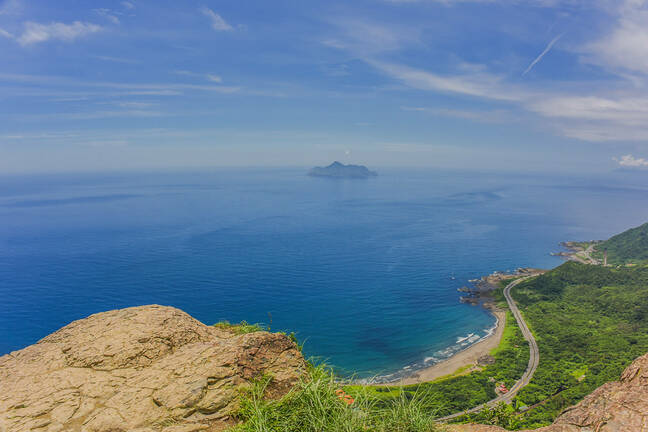 Panoramic view of the beautiful north coast Of Taiwan, Toucheng, one of the landing points of the PLCN

Pacific Light Cable Network (PLCN) consists of 11,806km of fibre and has a capacity of 120Tbps, which will make it the highest capacity transpacific route. Google said at the project's inception that PLCN would "bring lower latency, more security and greater bandwidth to Google users in the APAC region."

In a DoJ statement last week, the state bodies explained their precautions as being due to "sustained efforts" by China to "acquire the sensitive personal data of millions of US persons."

The Departments of Justice, Defense, and Homeland Security (DHS) – all members of the committee for the Assessment of Foreign Participation in the US Telecommunications and Services Sector (which has ludicrously named itself Team Telecom) – said Meta and Google had agreed to a security deal, paving the way for the agencies to recommend the FCC gives them a licence to operate the cable, which contains six fibre-optic pairs and will deal with some of the growing internet data traffic between APAC and the US.

PLCN currently has landings in Baler Bay in the Philippines, Toucheng in Taiwan and El Segundo, California, on the west coast of the US.

The submarine cable, first announced in 2016, would have been the first ever direct link from Hong Kong to the US, but the consortium dropped an application for a cable landing near the eastern Pearl River delta in August 2020.

PLDC is the biggest backer of the project, and the US has voiced concerns it could be more easily influenced by China after the firm was sold by real estate kingpin Wei Junkang to Beijing-based broadband provider Dr Peng Telecom & Media Group in 2017. Dr Peng has links to Chinese government firms as well as to Huawei, currently in the midst of a years-long battle with the US, which on May 2019 placed it on the Commerce Department's Entity List, limiting the export of hardware and software from the US to designated orgs unless expressly approved.

The latest twist in the Huawei saga is a report published by Bloomberg alleging the firm was behind "malicious cyber activity" claimed to have compromised Australian telco Optus in 2012. The firm angrily denied the report in a statement this morning – claiming it was part of an "ongoing, concerted effort to find proof of intentional wrongdoing by our company" and adding that "the claim that 'Huawei's software updates can push whatever code they want into those machines, whenever they want, without anyone knowing' is simply not true."

Google and Facebook last year [PDF] asked the FCC for permission to switch on the section of the PLCN between the US and the Philippines and Taiwan, meaning its Hong Kong section would lie dormant. Friday's statement means the Feds will give their OK.

The American security agencies said that (among other, unstated things) the pair had agreed to "pursue diversification of interconnection points in Asia, including but not limited to Indonesia, Philippines, Thailand, Singapore and Vietnam."

Meta told The Register: "We are encouraged by the Administration's recommendation to approve our use of the PLCN subsea cable system to connect the US to the Philippines.

"This cable system increases internet capacity between the two countries... Our approach is to build state-of-the-art, secure subsea cables where all data moving through them is protected through advanced encryption." ®