It’s brilliant and lovely. But it doesn't quite meet the moment with a new experience that satisfies

I decided to put that assertion to the test with both an unusual and extreme workload, and with general smartphone tasks.

For the extreme workload I chose to use the iPhone to run Zwift, a cycling simulation game that ingests real-time information about a cyclist's power and cadence, broadcast over Bluetooth, and matches those exertions to simulated speeds in a virtual world.

I also connected to a Bluetooth heart rate monitor, Bluetooth earbuds so I could listen to a podcast while training, and plugged the iPhone into a Lightning-to-HDMI cable so that I'd see Zwift on a 28-inch monitor instead of the iPhone's 6.1-inch screen.

This is a workload that my main laptop – a Core-i5-powered 6th-gen Lenovo X1 Carbon – handles comfortably after requiring a minute or two to warm up. I generally spare the PC the streaming audio, preferring my smartphone for that chore. 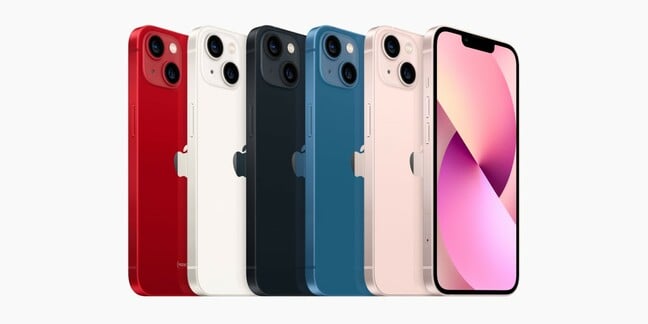 Zwift started more quickly on the iPhone 13 than it does on the PC and didn't miss a beat through a 90-minute test with all those devices connected. Not a pixel of Zwift's video output was buffered or smeared, and not a word of the podcast I listened to was mangled. Data flowed from my bicycle trainer to Zwift without error. My heart rate monitor, prone to dropouts on the PC, remained connected throughout.

The phone also found and paired with my accessories more quickly than my PC and reconnected more reliably on subsequent rides.

Seeing a smartphone so comfortably handle a workload that pushes a PC was a pleasant surprise. It also showed off the device's limitations because 90 minutes with all those Bluetooth connections running took a third out of the iPhone's battery capacity. That didn't make the phone run hot but left the battery a little more prone to drain than it was before the torture test.

The iPhone 13 was not alone in suffering after prolonged use of a punishing workload. I've often observed such sessions leave a handset's battery a little bruised. Before the torture test, the iPhone 13 always had plenty of juice left at the end of a working day. Afterwards it sometimes went onto the nightstand at just under 20 per cent.

The battery depleted at about 8 per cent per hour when Zooming or streaming video over Wi-Fi. Constant GPS use with the screen off chewed about 5 per cent of battery an hour.

I ran the GPS with the iPhone in the back of a cycling jersey on a four-hour ride and it survived bright sun, drizzle, and more of my sweaty self than is reasonable to ask readers to imagine.

Overall, the phone feels resilient. I used it to play morning radio news in my bathroom without ever worrying it would fall victim to steam, a stray splash, or a wet-handed fumble onto screen-crushing tiles.

Getting to the starting line with the iPhone proved unexpectedly complicated. My last few phone upgrades have been Android-to-Android and Samsung-to-Samsung. In that world, a new phone quickly clones itself and even manages to move some passwords on the new handset.

Apple's Android-to-iPhone migration app was less successful. So was a tool that lets you migrate an account from an iPad to a new iPhone.

The effect of the poor migration experience was a solid three-week overlap between phones as I found time to retrieve passwords and jump through necessary security hoops to ensure financial services apps allowed me to transact with the Apple handset. This was a little disappointing.

So is Apple's preference for the Face ID biometric system.

Facial biometrics are the wrong choice for this mask-wearing moment. During my tests, local rules mandated QR code check-in and masks in almost any setting outside the home. A weekly shopping trip therefore meant a lot of QR scanning.

The iPhone 13's reliance on Face ID means a lot of repeated mask removal (with occasional scowls from passers-by) to activate a check-in app.

Face ID does work well, including in very low light, or when wearing sunglasses, or a hat. It integrates well with third-party apps.

But it won't allow creation of a masked biometric.

That's a pain because Apple Pay uses Face ID. During deep lockdown I found myself reverting to using a payment card just to save the fumbling of repeated unmasking.

I'm convinced that a fingerprint reader would be more convenient in 2021, and for many users deep into 2022 and beyond.

The Face ID experience rather set the tone for the whole phone. When it wasn't asking if I'd like to use a password instead of my face, the iPhone was reminding me that iCloud was full, which meant I couldn't back up.

That the machine did not swiftly pair with my Samsung Bluetooth earbuds – an app was required to get them talking – felt like another signpost aimed at having me always consider a journey deeper into Apple Country.

So did the curious inclusion of a USB-C to Lightning cable in the box (but no charger). That's an odd choice as the installed base of USB-C chargers is vastly smaller than USB-A devices.

The camera is excellent, but I found it tends to over-dramatize. The shot below of a storm displays sunbeams I did not observe with the naked eye but does very well on the silhouettes of the plants and picking out lights in nearby homes. 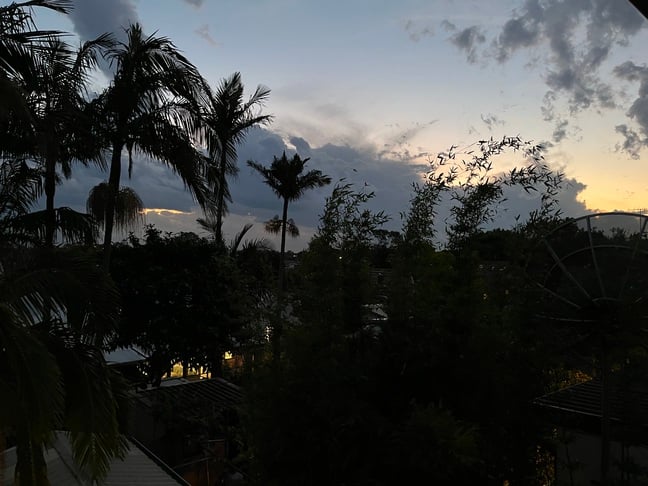 Click to enlarge, or here for the full unedited photo

I like what the camera found in the shot below: it spotted cobwebs on the uprights of the fence, the textures of its many coats of paint, and in the background clearly shows the tiles on my veranda and even the sheen of a dark green garden hose. Those nuances are rather better than the output of mid-range phones I've used. iOS has lovely editing tools that exceed the Android alternatives I've experienced. 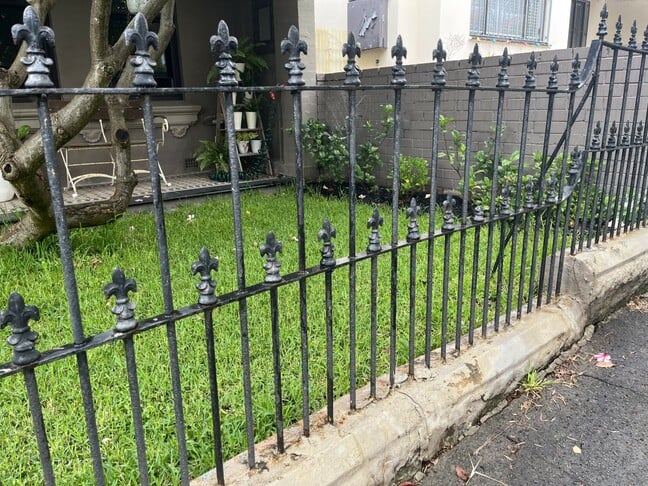 Click to enlarge, or here for the full unedited photograph.

I found some games feel like they have levelled up compared to other versions I've played – might they be taking advantage of Apple's AI-infused silicon to make life harder?

For most of the day, the iPhone 13 doesn't stand out. Browsers render pages well and speedily; email clients behave as expected. Messages is a strong SMS client.

Overall, the phone is excellent – but I was never excited by the phone in the way I've been when a mid-range handset does brilliantly at an impressive price, a super-premium folding handset creates new possibilities, or a more marked upgrade improves the smartphone experience.

Running Zwift was impressive but didn't take the handset into a new category in the way that Samsung's Dex desktop environment opened up new possibilities.

The iPhone 13 gets closest to that kind of emotional payoff of increased satisfaction with its battery life, which is so strong it has banished battery anxiety from my daily routine – even on the now-rare days I bounce between meetings.

For iPhone admirers, this new machine will doubtless represent pleasingly crisp continuity. But if you're looking for something to make you appreciate the smartphone again, you may not get what you want from the iPhone 13. ®