Alexa and Webex to hitch a ride around the Moon on Artemis I – what could possibly go wrong?

How far's the Moon now? ... Here's 'How Soon Is Now?' from your Spotify playlist

As if NASA's troubled Artemis program didn't have enough to worry about, tech utilising Amazon's Alexa and Cisco's Webex is set to be on board for the first mission around the Moon and back to Earth.

Dubbed "Callisto" (after a follower of Artemis in Greek mythology rather than Jupiter's second largest Moon), the system will feature aboard the Orion spacecraft to be used in the first uncrewed mission. The platform will have Alexa working without an internet connection (presumably making it tricky for Amazon to know what to sell spacefarers) and Webex running on a tablet using NASA's Deep Space Network. 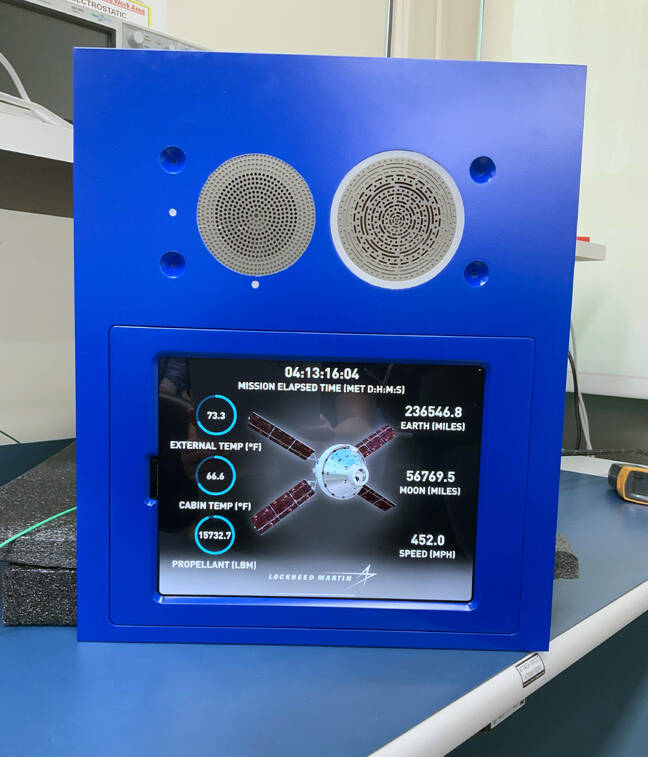 Because nobody will actually be onboard the first Artemis mission, the plan is to make use of a virtual crew.

In a nutshell, somebody barks into a microphone at NASA's Johnson Space Center, and the audio is sent to the Orion capsule and played out through speakers in the cabin. Alexa will then recognise the wake word and process the request using Local Voice Technology on the spacecraft.

Or, say, play something entirely inappropriate and totally disconnected from whatever was asked for (if our experience of shouting at the vaguely creepy black cylinder is anything to go by).

To be frank, if an astronaut has to ask Alexa how fast the spacecraft is travelling, we'd contend the mission is already in trouble. Then again, whiteboarding a problem with Mission Control could prove a handy thing for spacefarers working through breakdowns or a blocked toilet.

For Artemis I, video and audio of the interactions will be transmitted back to Earth to allow engineers to analyse the performance of the systems.

"The Star Trek computer was part of our original inspiration for Alexa, so it's exciting and humbling to see our vision for ambient intelligence come to life on board Orion," said Aaron Rubenson, vice president of Amazon Alexa. One can but hope Rubenson was not referring to the computer's sentient antics in the late Star Trek: The Next Generation episode "Emergence".

Nobody needs a repeat of that around the Moon. ®