DIY Sinclair clones: Left it too late to back the Next? Build your own instead

We all make mistakes, but we just need to solder on

Still waiting for your Spectrum Next to arrive? Yeah, us too. But it's not the only modern Sinclair clone – and a quick way to get your hands on one is to build your own.

Back in the nostalgia era for many a middle-aged geek, one of the selling points for the early home computers was that they were educational. For a lot of us, that was true: many a seasoned tech pro started out learning BASIC on an eight-bitter – and if they were a Brit, the odds were it was a Sinclair. Which is why there's so much enthusiasm for the reborn ZX Spectrum Next.

There's a lot more to modern Sinclair clones than snazzy packaged remakes, though. Sinclair Research started out selling kits that the buyer assembled themselves, and arguably this is still the best way to know about a computer: to build it yourself. Not slotting a few cards into a motherboard and bunging it in case; anyone can do that. No, by hand-soldering components onto a PCB. You can build your own Sinclair clone this way today, and you won't need a paper-round to pay for it.

The ZX-80 was "arguably the first British personal computer". If you've already got chip chops, you can still buy all the components and build your own, and Peter Vis will show you how.

This is the steep side of the learning curve, though, and if you're new to this stuff, you might be better off starting with a simpler clone. Miroslav Němeček's ATX-80 replaces the Z80 and chipset with an ATmega8 microcontroller, meaning it only has two chips, a handful each of resistors and capacitors, and a few ports.

It's a re-implementation rather than a direct clone, so it can't run ZX-80 machine code, but you still get Sinclair BASIC. The source code is on Github, it can drive a VGA screen, and it saves programs to an onboard EEPROM.

If you want sound and colour, though, it gets more complicated. The ZX-81 was Sinclair Research's most profitable computer because it replaced most of the ZX-80's glue logic with a single ULA. A bigger one was the heart of its successor the ZX Spectrum. The redoubtable Chris Smith reverse-engineered Sinclair's custom silicon and wrote a book about it. This enabled him to design the Harlequin: a Spectrum clone which replaces the ULA with discrete chips.

This, in turn, begat the Spectrum 128-compatible Superfo Harlequin – and yes, you can build one of those, too. Ben Versteeg's ByteDelight offers a range of Harlequin 128K kits, either partly or fully-assembled except for the ROM, which you have to buy separately for legal reasons.

The ULA was the most complex component in the Spectrum, so sadly, many a dead Speccy just has a failed ULA. Because of the widespread affection for the budget beastie, a selection of replacements exist today. And once you've got a ULA, the rest of a Spectrum isn't that complicated, so you can assemble a machine around it.

One popular model is the Just Speccy 128 by Piotr "Zaxon" Bugaj, which also integrates a DivMMC interface for loading games from MicroSD card. They're hand-made in small batches, but kits occasionally show up on SellMyRetro. (By the way, if you do have a dead original machine, Mutant Caterpillar may be able to help, as it did with the author's Toastrack and +2.)

If you're not quite such a purist, though, there are easier routes to a DIY Spectrum. Of course, you can just emulate one; there's even a bare-metal emulator for the Raspberry Pi, and using Hermit Retro's ZXZero, you can fit a Pi Zero into an original Spectrum case – or one of many replacements.

The modern, reprogrammable equivalent of a ULA is an FPGA, and these have allowed an array of improved Speccies. The original version of the ZX UNO fits inside a RasPi case, and its sibling the ZX GO+ fits inside a Spectrum case. The N-GO further enhances the design, allowing it to emulate the Spectrum Next. 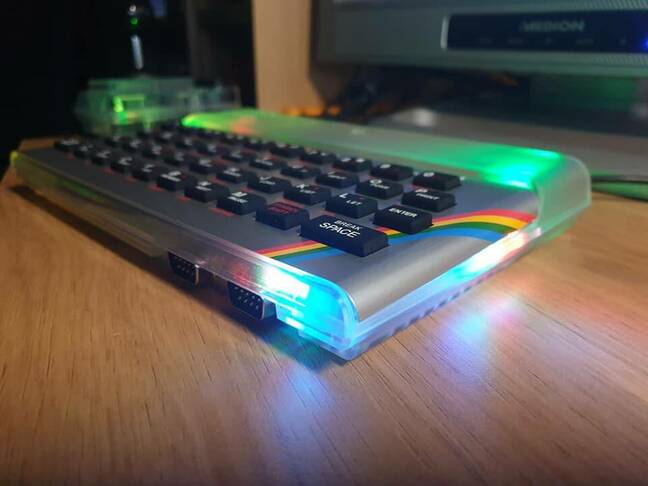 Above and below: The ZX N-GO in a retro Radionics case. Pics courtesy: James Shields 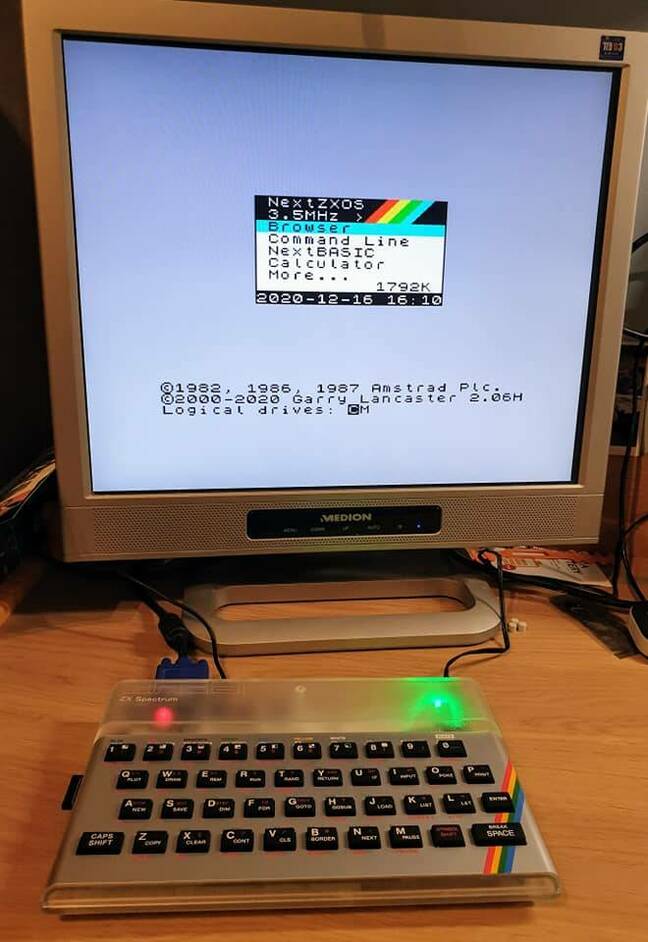 Some people feel that FPGA clones aren't the real thing, but more like an emulator in hardware. Also, while hand-soldering surface-mount components isn't easy, there's not much to them bar a few ports. Devices such as the Karabas-128 are a sort of halfway-house, combining a real processor, memory, sound chip and so on with a CPLD to glue them together. A neat example is the Sizif-512, a half-sized motherboard for an original Spectrum case, which can also emulate several enhanced models.

The ultimate in this kind of clone, for now, is the Russian ZX-Evo: a Super Spectrum motherboard that fits into a mini-ITX case and supports IDE drives and a PS/2 keyboard and mouse. It's a time-travelling visitor from an alternate universe where our computers were based on Soviet Bloc Speccy clones instead of IBM PC compatibles. ®

Interview Plus: A look at some of the Centre for Computing History's most exciting machines
Personal Tech30 Apr 2022 | 59