Ideal for when you need to stealthily click through memes

Review Peripherals purveyor Logitech's Signature M650 is its latest take on a workplace mouse, and The Register has a raked a talon over one.

First impressions were good. The mouse can be connected to a computer via Bluetooth or USB dongle, which lurks in the battery compartment. It looks smart, and the moulded design fits an average hand well. Our unit weighed in at just over 100g so not particularly hefty. 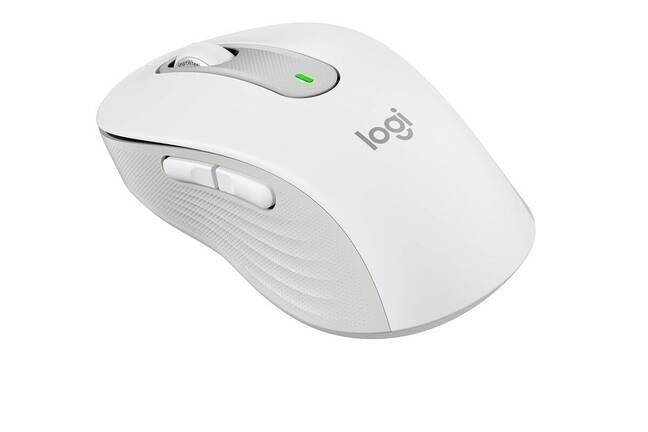 That lightness, however, belies a problem with the Logitech device. Although some parts are pleasingly rubberized, there is a distinctly cheap feel to the mouse. The plastic on the top feels hard and brittle, and the side switches don't feel as pleasant to the thumb as the wheel does to the finger.

Still, once one gets over the vague feeling of cheapness about the materials used in the build of the mouse, there is plenty to like. Most notably, how silent it is. Mouse clicks are muted by 90 per cent with "SilentTouch" technology, according to Logitech, something that attendees of the conference calls that are de rigueur nowadays may appreciate, although (while still quiet) the side buttons on our unit were a little more audible.

Those side buttons can also be customised, and the mouse itself will work with Windows, macOS, Linux, Chrome OS as well as Android and iPad OS. We tried Windows with the attached USB dongle and macOS via Bluetooth, and both worked well.

We also hooked up a recent iPad (again with Bluetooth) and all went well, although the mouse went into a protracted sulk before it would deign to connect to the Windows machine via USB again. A jab of the connection button on the underside restored service.

As for power, a single AA battery comes with the mouse and Logitech reckons one should get two years' life out of it. There's no plug-in to recharge here, so keeping a spare on hand would be prudent.

Overall, this a decent mouse, aimed at the productivity user needing a workhorse rather than at the hardcore gamer. The choice of sizes and left-handed option appeals, as do the impressively quiet buttons. However, some of the plastics used are not the greatest (a shame, considering the rubber contoured elements) and the RRP of £39.99 ($39.99) might put some off. ®