Some companies will go to great lengths to hide business expansion plans, but it appears AWS may have namechecked a defunct UK business in efforts to conceal a planning application for a new data centre. 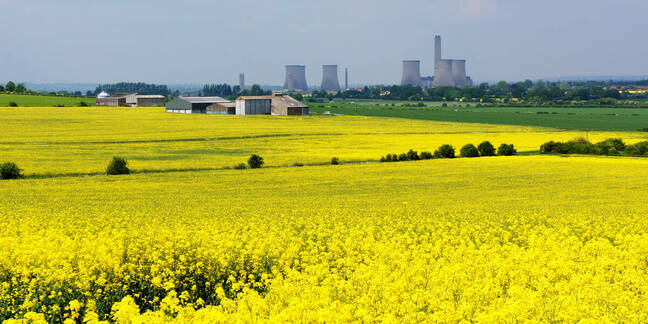 AWS is currently building at least three new data centre sites in the UK: one at Bracknell, another at Burderop near Swindon, and the third at the site of the former Didcot A power station in Oxfordshire.

The cloud services badass has used shell companies registered in Delaware in the US to submit planning applications for the first two, such as Mullhaven Properties LLC [PDF] in the case of the Burderop site, as detailed by the local Swindon Advertiser, which noticed the payments to Swindon Borough Council as part of the agreement went through Amazon Data Services UK.

The use of such shell companies was undoubtedly used to conceal Amazon's involvement in the planning procedure, and there could be various reasons for this. There may have been fears that the planning application might prompt an adverse reaction from those living in the area, or perhaps even have led to inflated costs if it were known that a global giant such as Amazon was involved. Or perhaps AWS simply wanted to make it more difficult for rivals to find about its expansion plans. The strategy is very commonplace in applications to build server farms – as evidenced by Google and other cloud firms' numerous forays into land acquistion.

Dissolved... and not in Delaware

However, the planning application for the Didcot development is different, and appears to have been registered in the name of a company that was dissolved in 2015. This was spotted by Alan Turnbull of Secret Bases, who alerted The Register to the anomaly, and has also published details on that site.

For the Didcot development, the name of the applicant listed on the planning application with South Oxfordshire District Council is a Mr S Denton, under the company name of Willow Developments LLC, with the address given as 155 Wellingborough Road, Rushden, Northants.

Eagle-eyed readers will have noticed that this is not a Delaware address, but turns out to be the offices of a company called Elsby & Co accountants. By curious coincidence, it appears that there was a company called Willow Developments Ltd registered at that address, but that particular company was dissolved on 4 August 2015.

Willow Developments Ltd was registered in the name of a Sean Denton, who now operates another business, through which we were able to contact him. Denton told us that he had no knowledge of the Didcot planning application, and insisted he was not involved in any way.

We also contacted Elsby & Co, which was understandably careful in what information it could divulge, but informed us there was no company called Willow Developments registered at those offices.

Meanwhile, a glance at the planning application shows that it was actually submitted by an agent acting on behalf of a client company. In this case, the agent is listed as RPS Group plc, a professional services firm that offers project management and consultancy services.

Willow Developments LLC is indeed registered at an address in the small Mid-Atlantic US state of Delaware, and is thus likely to be the shell company used to conceal the identity of the company behind the Didcot development.

How such a mix-up could happen is not clear, but we're prepared to give RPS Group the benefit of the doubt and assume that someone made a genuine mistake when filling in the application form.

Whether such a mix-up has implications for the planning permission is another matter. The Register sought a legal opinion on the case, but it appears unlikely that this will have any repercussions, especially as planning permission was apparently granted on 9 September 2021. RPS told us that it is making the relevant local planning authorities aware of the error.