Bork!Bork!Bork! Back by unexpectedly popular demand, Bork takes a vacation to Vegas for an Elvis Presley tribute act.

Register reader Roger was in the audience for one of the final shows in a run of All Shook Up at the Miracle Mile Shops at Planet Hollywood Resort and Casino. 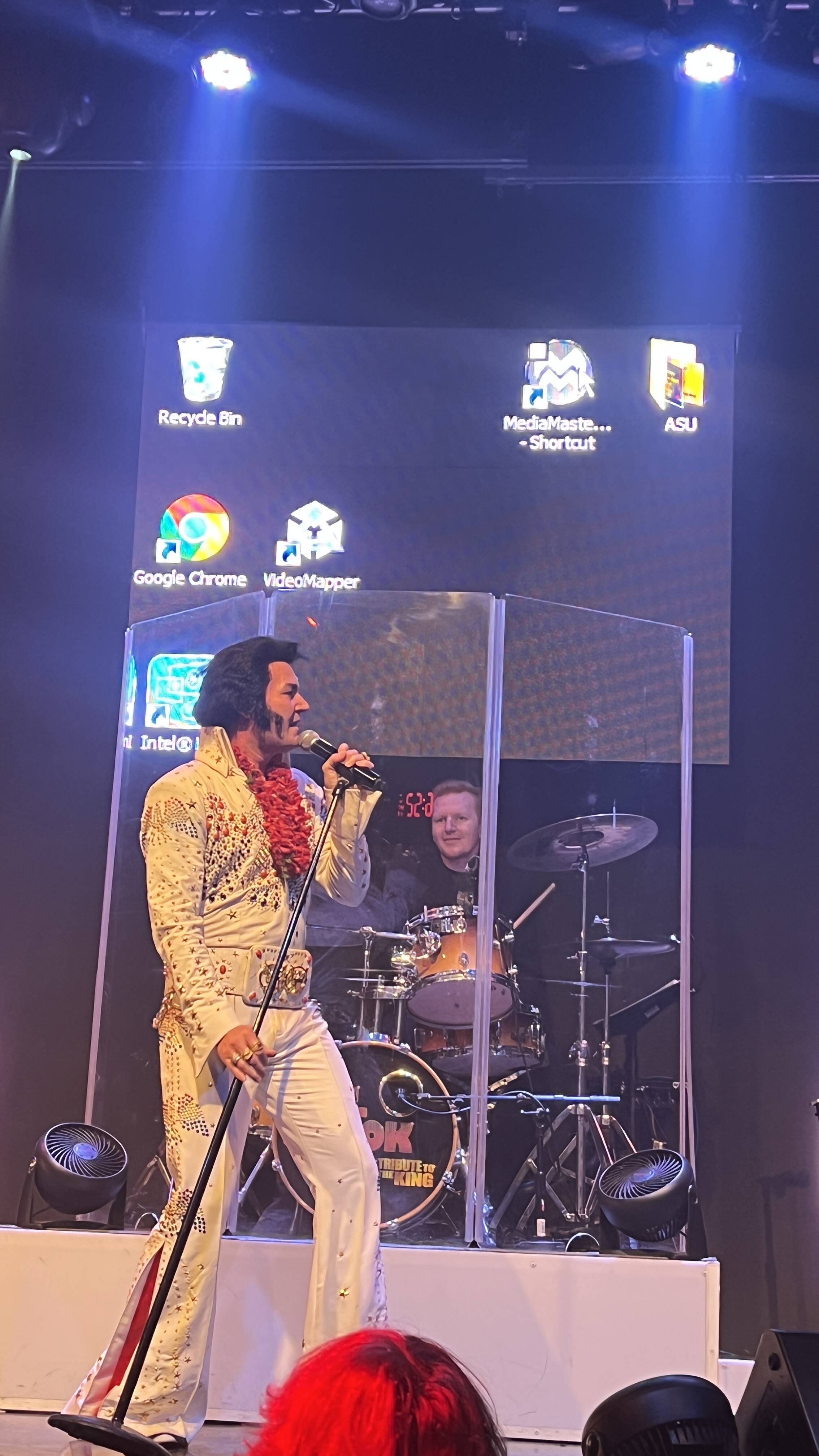 It also being the end of CES, the show served not only as a reminder of The King himself, but also of the inherent fallibility of using technology in any public-facing setting. While the impersonator on stage might have rattled through the likes of Suspicious Minds, Microsoft's finest made an unwanted appearance behind the gyrations of a man in a bejewelled jumpsuit.

"I can't seem to stand on my own two feet" indeed. And as for "acting wild as a bug," well – Windows and bugs go together just like Elvis Presley and a high-cholesterol diet.

"It made us laugh all the way through," said Roger, "as they were trying valiantly to change the screen res/external monitor config."

"We almost wanted to go and help."

Roger and pals did not. They were probably too weary from trudging around CES to assist in the rescue of yet another bit of borked tech. They'd likely seen enough of that already.

As for the operating system, we reckon that trashcan icon puts us firmly in the era of Windows 7 or Vista. Old, but not as old as the croonings of the King himself. After all, Elvis Presley died in 1977, when Microsoft was barely out of diapers and Windows was not even a twinkle in the eye of Bill Gates.

Sadly, this particular run of All Shook Up has concluded (although there remain plenty of places where fans of Presley can get their sideburn and jumpsuit fix) but we can't help but be touched by the sight of Windows giving its all in support of the last days of the show.

How so? By being violently ill. It's what The King would have wanted. ®