In these times of political uncertainty, economic upheaval, and an ongoing pandemic, it’s heartening to reveal a human story in software development. 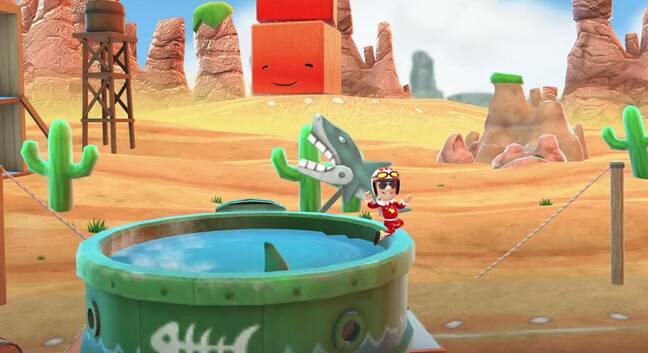 Hello Games, the UK company behind the planet-hopping hit No Man's Sky, has resurrected its first title in response to a request from one of its biggest fans.

A child named Jack, who has autism spectrum disorder, used Joe Danger not only as a means of social interaction, but also as a coping mechanism to help get him through situations that children with the condition find challenging.

But as the developer focused on its stand-out console game, the iOS version was left unavailable when Apple updated the operating system.

Writing to the developers, Jack's father explained: "The problem is that ever since iOS updated a while ago, Joe Danger hasn't worked with the new version, and one isn't even available to find on the App Store anymore. As children with autism have difficulty with change, any other version just won't do."

"As a parent, it's hard to put into words the feeling I get seeing the pure joy on Jack's face Joe Danger brings, knowing the other struggles he experiences every day. But I can assure you, the feeling is a good one," he said.

"I don't know if it's… possible or if possible how much time and effort would have to be put in to getting Joe back up and running (and riding) with the new version of iOS but it would mean the world for one little boy," he said.

Whatever the effort involved, it turned out not to be too much for Hello Games.

"A secret shame of ours is that the success of No Man's Sky left our first game, Joe Danger, unloved. Sadly since iOS culled older games it no longer worked on latest Apple devices," Sean Murray, Hello Games' founder and managing director said on Twitter, adding that the father's message "made us want to set things right."

"As game devs it's so easy to underestimate the impact even your smallest games can have. It blows my mind that something you make can be someone's first game they played, hit at an important time or even be their favourite thing for a while," he said.

The team has brought Joe back to life as a "hobby project." For those owning the original, it will update and be free to download, Murray said.

"Joe Danger was our first game when we were still four guys in a shed, trying to get noticed. Publishers weren't interested, houses were even re-mortgaged to bring it to completion. It's sad that games slowly rot and many disappear. Hopefully, this gives Joe the happy life he deserves. We owe him that and more," he said. ®