KDE Community releases Plasma 5.24: It's eccentric, just like many old-timers

The new release of KDE's Plasma desktop brings a GNOME Shell-like instant overview and other improvements.

KDE is fairly mature now. The FOSS community was founded in 1996, allowing it to call last year's Plasma release, 5.23, the 25th Anniversary Edition. KDE 1.0 came out in 1998, making it the first FOSS desktop for Linux. It does also support FreeBSD, although not always the latest version.

It will take a while for distro vendors to incorporate the latest Plasma, but if you want to try it out in the meantime, it's already included in Neon, which is effectively the project's showcase distro. 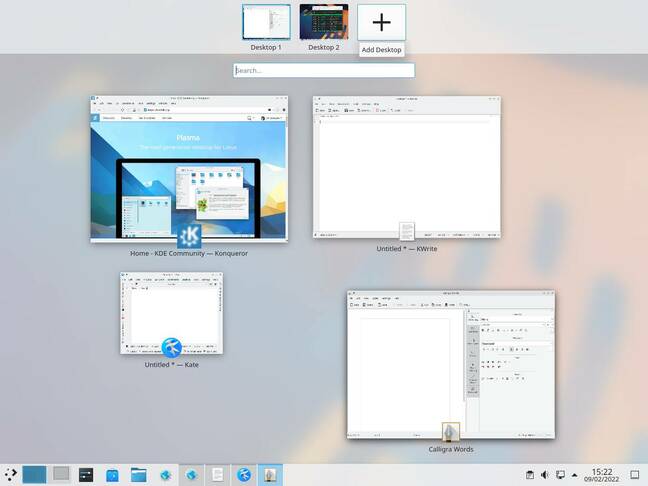 The new overview feature may win some new users. It's a full-screen app switcher and launcher, which resembles Mac OS X's Exposé and Spotlight, or the GNOME Shell Activities view.

KRunner does more than just finding and running apps, it can also do arithmetic, units and currency conversions, full-text document search and more, and it's extensible by plugins. For now, Overview is in beta and must be manually enabled.

KDE is a positively venerable environment, pre-dating Windows 98. Like many old-timers, it's a little eccentric in places. For example, every application's Help menu has two separate "About" options. One is for the KDE environment as a whole (but doesn't contain any version information), and the other is for the app (which may contain a version number, such as 5.24, or a date, such as 21.2.1).

Many components, including Dolphin file manager and System Settings control panel, have been modernised and no longer include menu bars, just hamburger menus – but some accessories, such as text editors, still have the traditional layout. 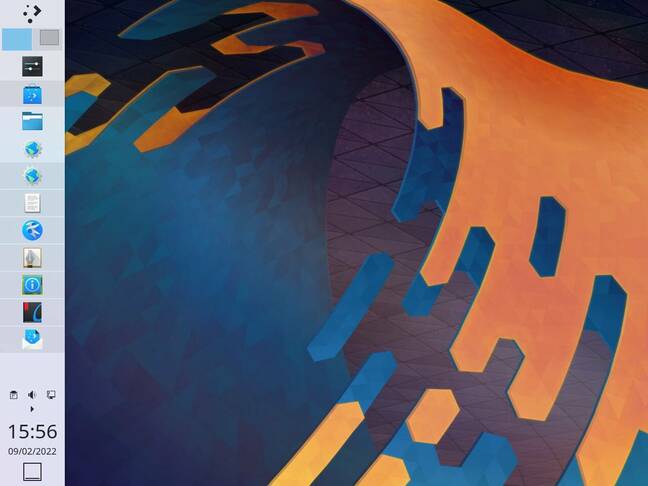 Changes like these mean the environment's look and feel isn't quite as consistent as it once was. Arguably, that's one of the prices of modernisation. Despite its maturity, some things still don't work as well as we'd like to see. For instance, making the panel vertical but wide results in the clock and buttons becoming huge: rather than fitting more controls into the extra space, they scale to fit. Xfce handles this much more elegantly.

Still, as long as how you want to tweak your setup fits with the ways that KDE's developers planned, it's a stable, mature, and complete desktop, and the new version adds one of the killer features that many GNOME fans can't live without. ®